Skip to the content
This old school buttercream frosting is created from confectioners' sugar, and the result is a creamy and delicious topping for cakes and pastries.
Jump to Recipe Print Recipe

It goes without saying that not everyone is on board with confectioners’ sugar-based buttercream frosting, as many find them just too sweet, a little low-brow, and a bit heavy. In addition, a version of the buttercream frosting recipe is found on the box of Domino confectioners’ sugar, and maybe that turns people off. Who knows? The long and short of it is, however, that I am not one of those people. I actually love traditional/old school powdered sugar-based frosting (which probably comes as no surprise in light of my admission in my post about chocolate birthday cake that I love the flavor, texture, etc. of a cake made from a mix) and am always looking for ways to perfect my own version of the classic.

HOWEVER, quick aside: At the risk that you have started to seriously question my palette, let me just say for the record that I also LOVE slightly more complex “cooked” buttercream frosting (i.e., Martha Stewart’s swiss meringue from her baking handbook, Baked’s flour-based one (omit the cinnamon in the recipe i’ve linked to here, if you want plain-old vanilla), and am dying to try the Robicelli’s French buttercream (which sounds truly divine) although have not done so yet. 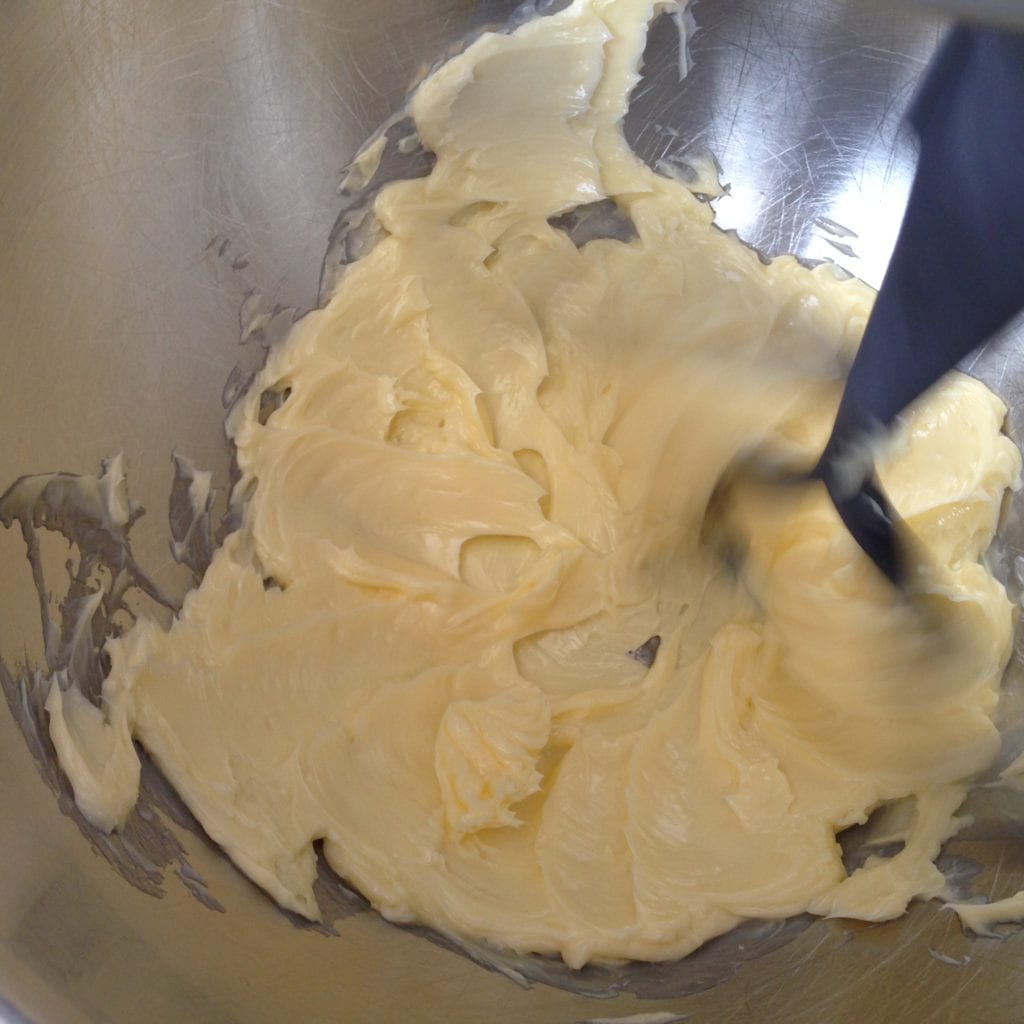 Okay. Back to old school buttercream: Now, because the ingredients are always the same (butter, powdered sugar, milk/cream, maybe a little salt, and flavorings), “developing” my own buttercream frosting recipe has not been about what ingredients to include, per se, but more about the ratio of one ingredient to the other, and mostly about the how-to, the methodology, the technique. 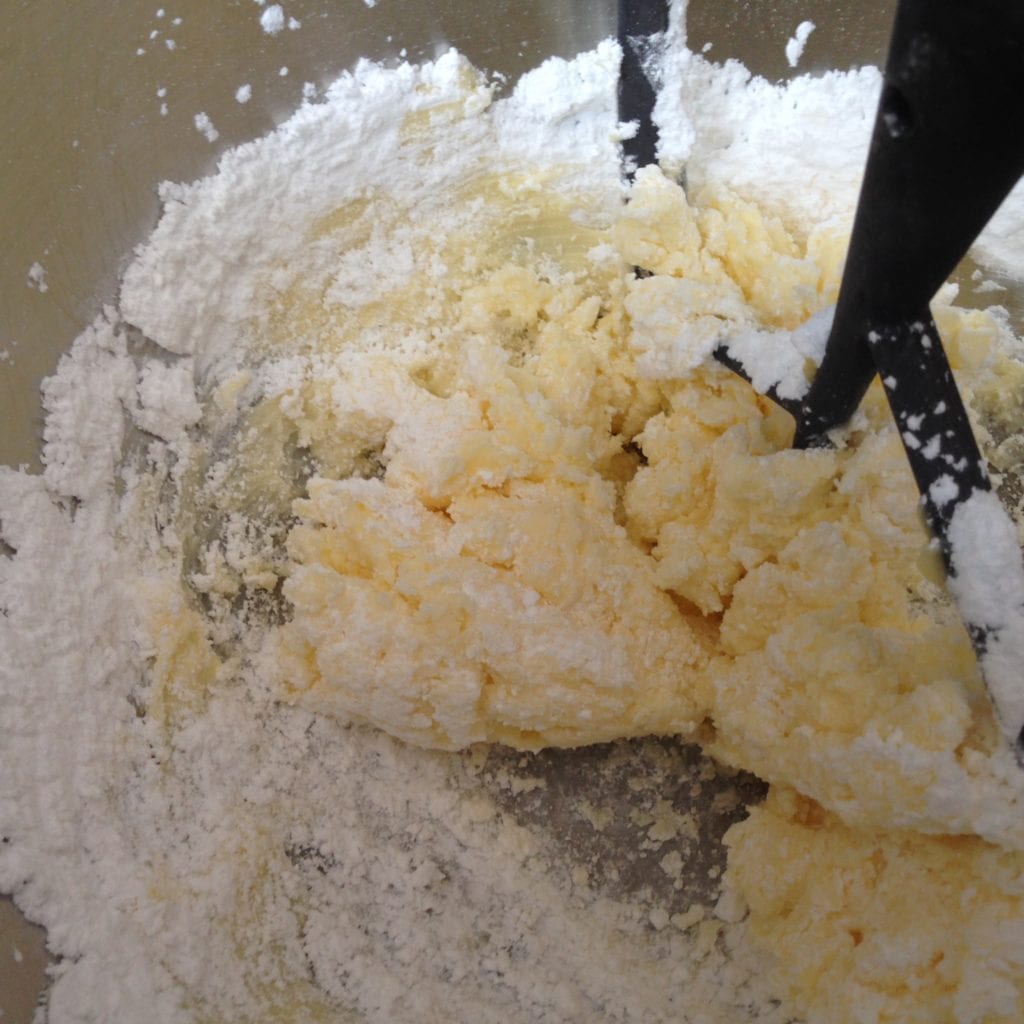 The very first buttercream frosting I iced a cake with was the “easy buttercream” frosting from The King Arthur Flour Baker’s Companion (the cake was for my older son’s first birthday and was actually the first from-scratch cake I ever baked). And although the recipe produced a very tasty old school buttercream, it called for shortening, in addition to butter, and I wanted an all-butter variety. I then started using the Magnolia Bakery cookbook’s “traditional vanilla buttercream,” all butter and very yummy (although I used only half as much sugar as Magnolia recommended). I also learned my first tip regarding buttercream frosting technique: Once all of the ingredients are combined, whip the frosting for longer than you might think necessary in order to produce an “extra-creamy texture.” I embraced this instruction whole-heartedly and whipped my frostings at length (with my mixer on high) in pursuit of said-texture. However, I still was not completely satisfied with the end product. 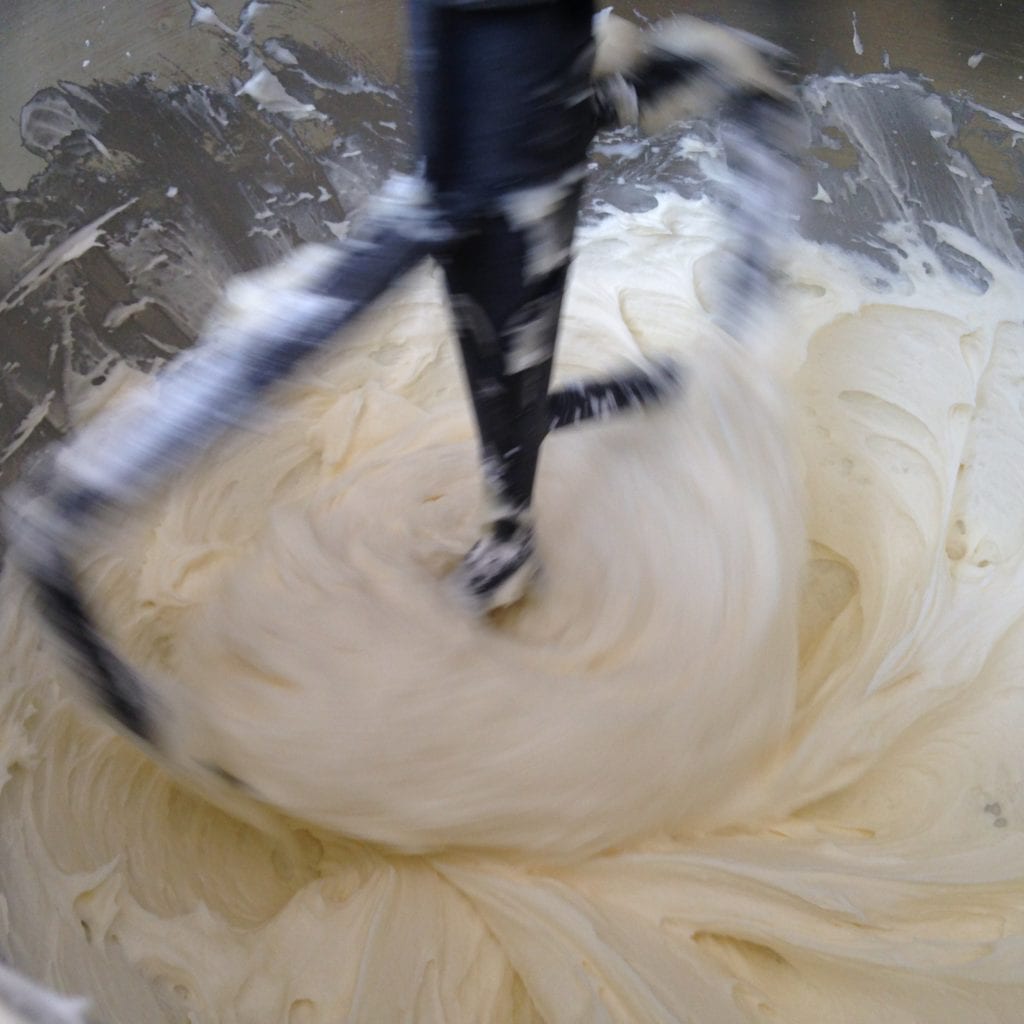 And then I remembered the buttercream frosting from One Girl Cookies, a bakery not far from my home in Brooklyn. Now, I like this bakery very much, but I’d be lying if I didn’t admit that it is the buttercream frosting that actually lures me in. It is confectioners’ sugar-based, creamy, light, not overly sweet, and with a delicious, tell-tale powdered sugar-y crust. I began Googling, in an effort to track down the recipe, figuring it would be easy to find, as the One Girl Cookies cookbook had been out for a while. I came up empty-handed, however, save for a Today Show video that failed to provide me with their recipe, but – even better — offered up One Girl Cookies’ tried and true buttercream frosting technique instead. 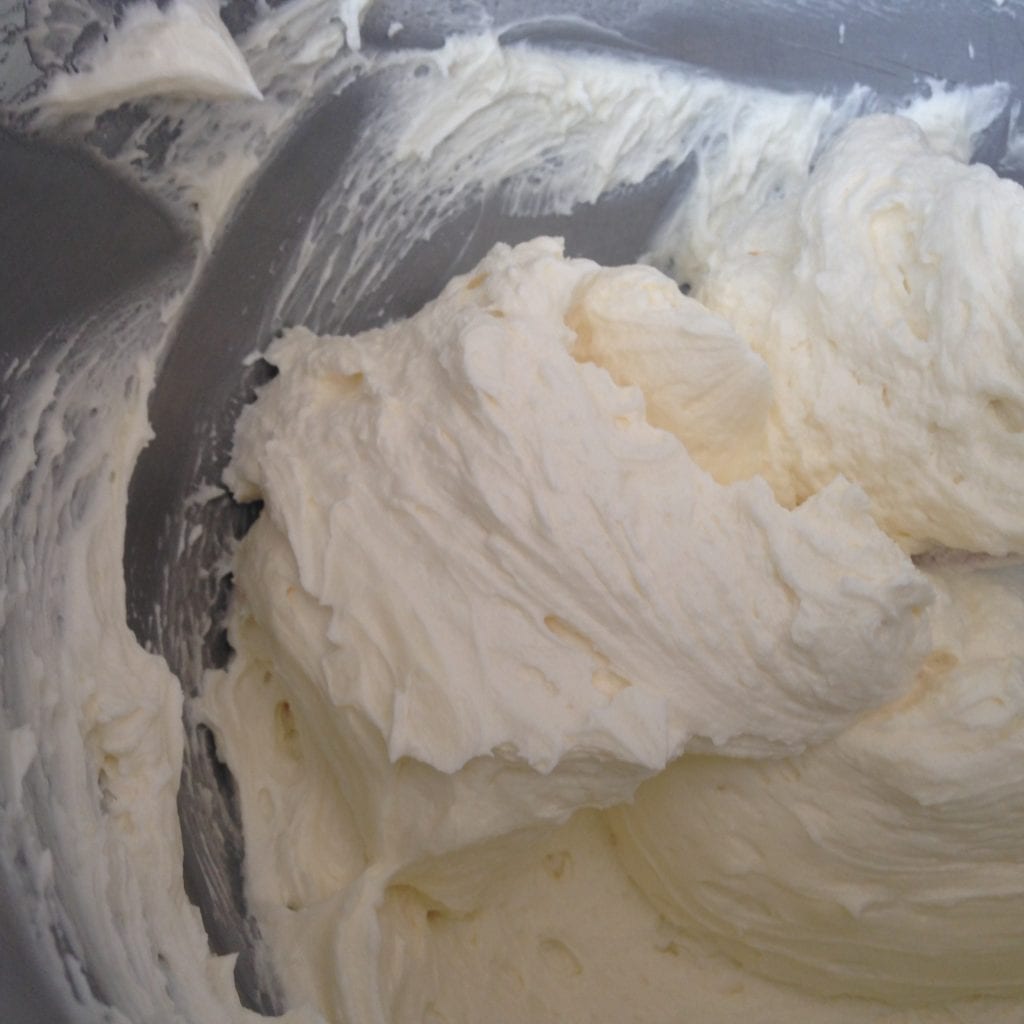 To paraphrase, use room-temp cream/milk, rather than cold, to help incorporate said liquid into the room-temp butter and sugar, use more cream/milk, than one might think necessary, to avoid a dry buttercream, and set the mixer to low or medium, rather than high, to achieve not so much an airy frosting, as a creamy one. I implemented these suggestions immediately, using my own ratio of the standard ingredients, and succeeded in producing a truly sublime old-school buttercream frosting: One that required just the tiniest bit of tinkering before I happily enveloped a birthday cake in it. Here’s to hoping you will do the same. 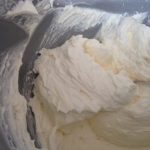 This old school buttercream frosting is created from confectioners' sugar, and the result is a creamy and delicious topping for cakes and pastries.
Recipe Author Jessie Sheehan