Skip to the content
If making a slab pie in a half sheet pan, double the dough recipe as well as the filling recipe.
Jump to Recipe Print Recipe

As documented in my post on pie dough, I am relatively new to the world of the pie-obsessed. And my first pies were all of the mixed-berry variety (I’ve been mixed-berry/pastry focused since third grade, when Pepperidge Farm raspberry turnovers were a dessert staple). Thankfully, however, I’ve branched out in the pie filling department (I can get just the tiniest bit set in my ways when it comes to a particular ingredient/flavor/food item) and am newly preoccupied with strawberries and rhubarb (just about the tastiest of pie fillings), given the tart/sweet dimension. So preoccupied in fact, that I insisted on picking more than I could use and freezing much of it, in an effort to insure that I would be eating strawberry rhubarb pie past June. Which I am. 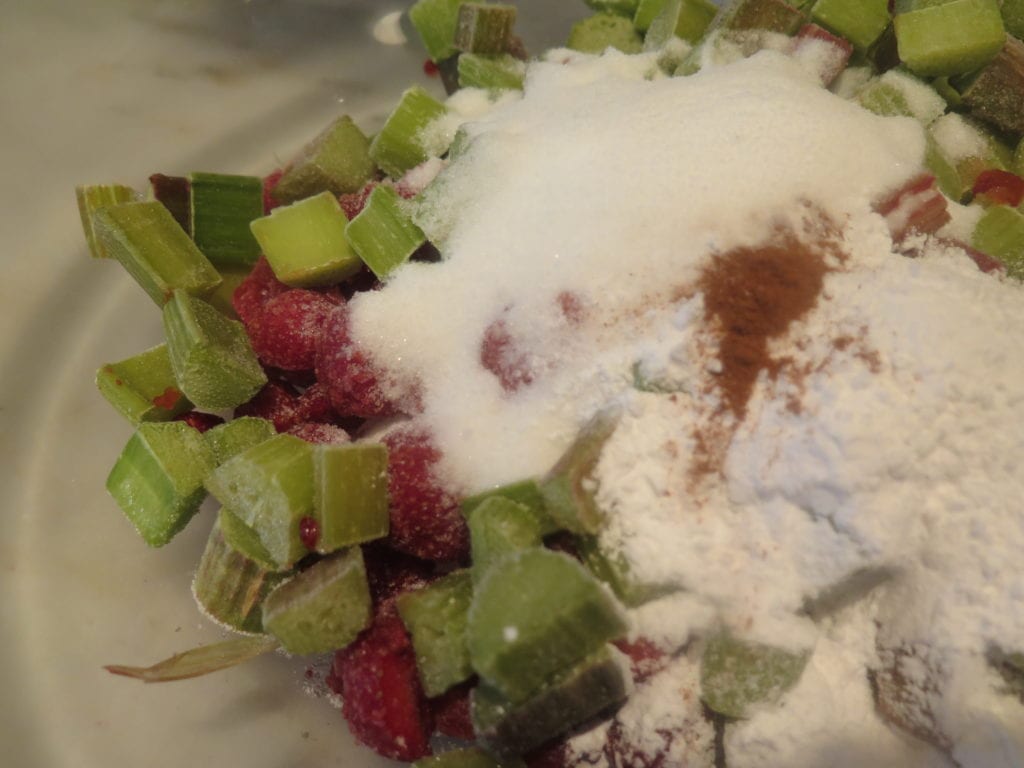 I consulted several sources (big surprise) in developing my filling (like The Pie and Pastry Bible and Smitten Kitchen), but ended up finding Anne Dimock’s straight-up rhubarb pie recipe and this strawberry rhubarb pie recipe the most intriguing. From Dimock I learned the “secret to rhubarb pie,” a ratio of 1/4 cup sugar to every cup of sliced rhubarb (I played with the ratio a bit due to the addition of strawberries in my pie and the sweetness factor was perfect); and from Four and Twenty Blackbirds’ Pie Book, I decided to replace my go-to thickener (corn starch) with arrow root and added a grind or two (or four) of black pepper, along with my cinnamon and salt. 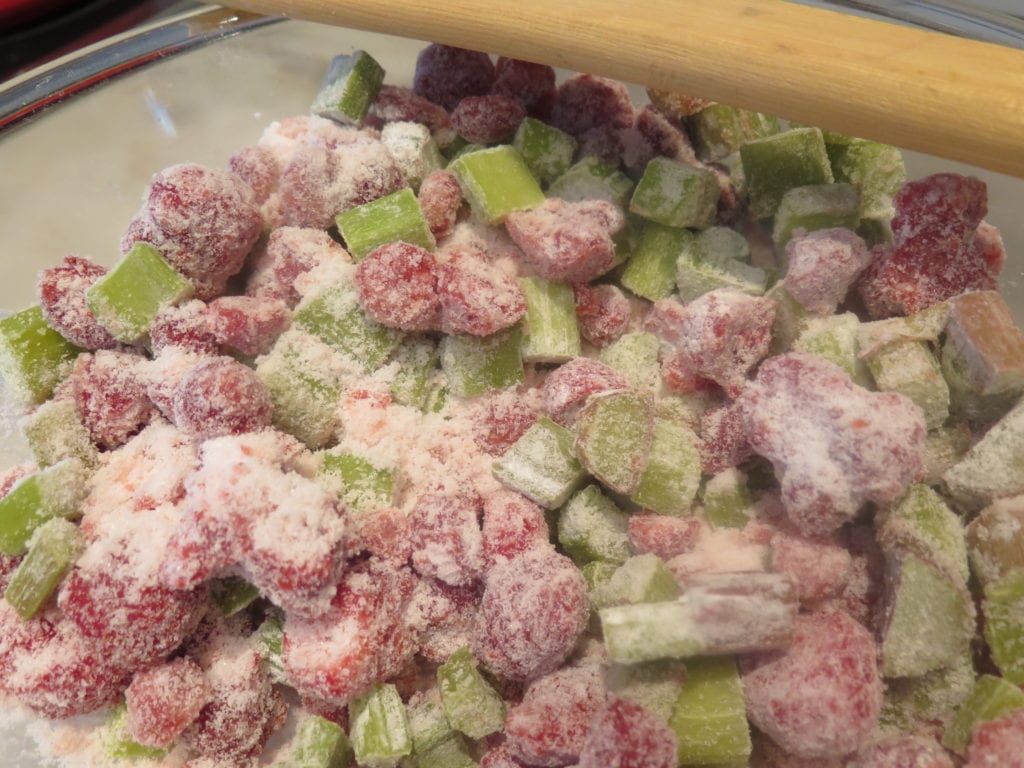 The result is a sweet, but not too sweet, filling with just the right amount of hold-together-ness and no discoloration (cornstarch can make fruit look murky). The pepper adds an amazing zing (don’t be afraid to give the grinder a few serious turns). In short, a go-to filling that will convert all the mixed-berry pie lovers out there to the very special world of strawberry rhubarb. 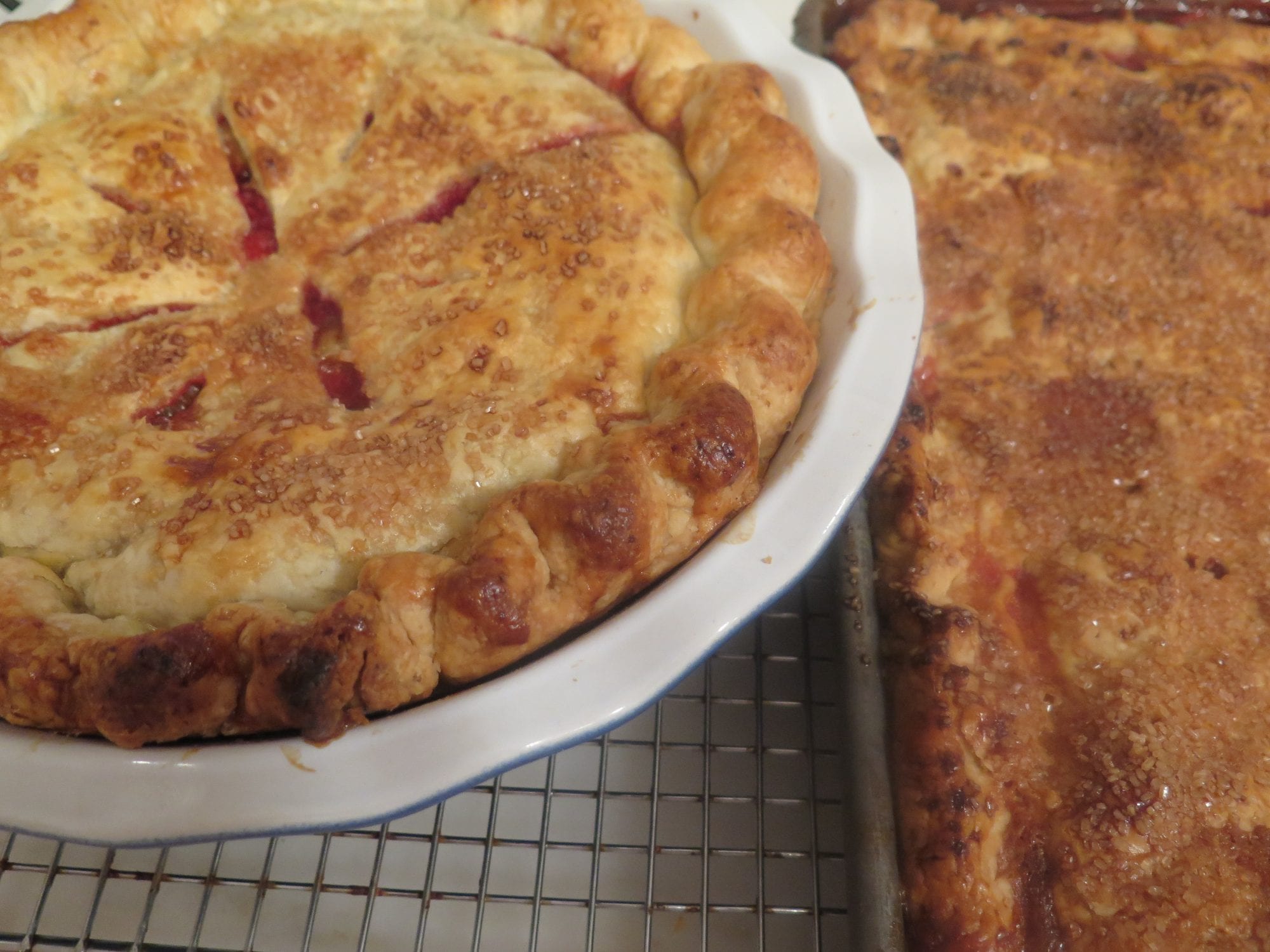 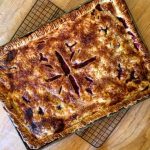 If making a slab pie in a half sheet pan, double the dough recipe as well as the filling recipe.
Recipe Author Jessie Sheehan
Course Dessert
Cuisine Pie

If making a slab pie in a half sheet pan, double the dough recipe as well as the filling recipe.
Thanks for subscribing! Please check your inbox to confirm your subscription.
Fruit Desserts Pies Strawberry