Skip to the content
This apple sheet cake can also be made into an apple loaf. It is moist and comforting, with a delicious apple flavor that always reminds me of apple pie.
Jump to Recipe Print Recipe

I actually baked my first apple cake about seven years ago. And I mean cake, not a crumble or pie or some kind of brown betty-thing (nothing against brown betties, by the way — my mom has been making them for forever and i am a huge fan). No, I made cake — this apple cake with toffee crust to be exact and it was good, but not life-changing. Of course, while working for Matt and Nato, I baked a lot of their apple cake, and assisted in getting it “book-ready/home-cook accessible” by testing it before it made its way into Baked Explorations. But their particular apple cake is apple sauce-based, and I’m here to tell you about apple sheet cake that is made apple-y with chunks of apple coated in sugar and cinnamon (much like pie). 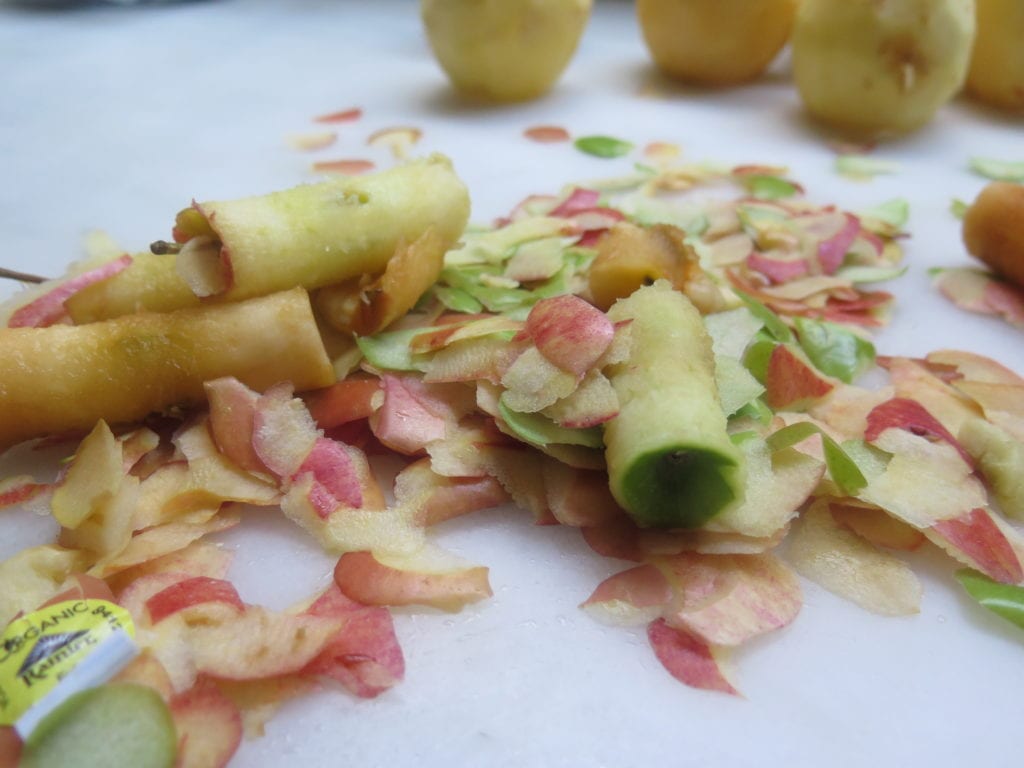 I stumbled upon such an apple cake at my mother-in-law’s kitchen table. It was sublime: A super moist cake with sweet/tart apples suspended throughout, and a crunchy, lightly browned exterior. She served it with freshly whipped cream and I refused to get out of my seat until she shared the recipe with me. The recipe turned out to be my most favorite kind. First, it was a cake recipe calling for oil as its fat (like a carrot cake or Martha Stewart’s one bowl chocolate cake) — and I love an oil-based cake. And, second, it contained a short list of simple ingredients. The technique was not included in the recipe (when you are as fine a baker as my mother-in-law, technique is assumed). 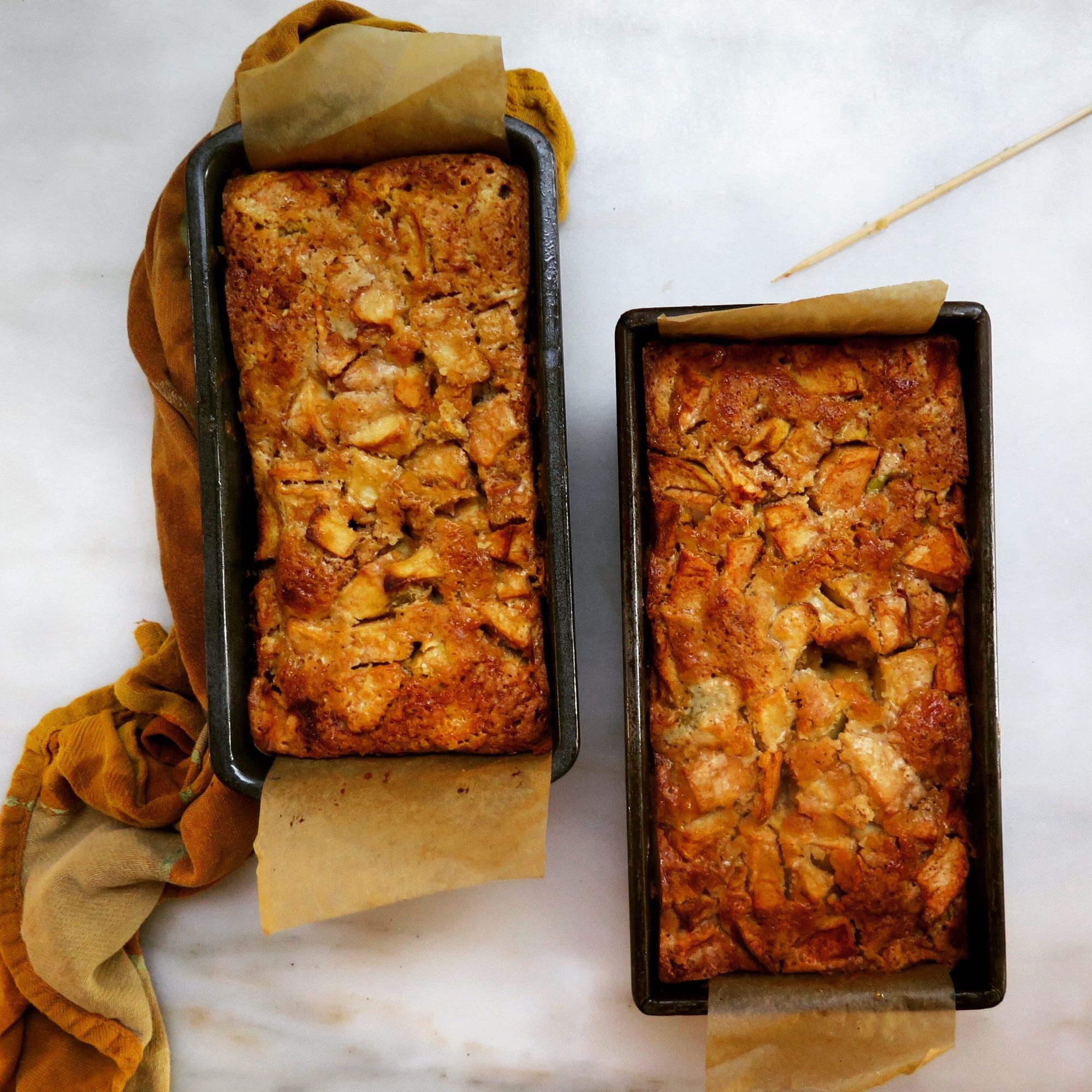 When I perused the internet in anticipation of developing my own sublime apple cake recipe, I came across (essentially) my mother-in-law’s exact recipe on Smitten Kitchen. I was a little disappointed, but hardly surprised (I’m convinced there is a Smitten Kitchen blog post about literally every dessert I have ever even thought about making or eating). There were some variations in amounts of ingredients between the two apple cake recipes, but the ingredients themselves were identical. A bit more apple cake research turned up this apple cake recipe, from a 1973 New York Times article. Again, a recipe very similar to my mother-in-law’s (and to Smitten’s) and finally I found this (French) take on an apple cake. 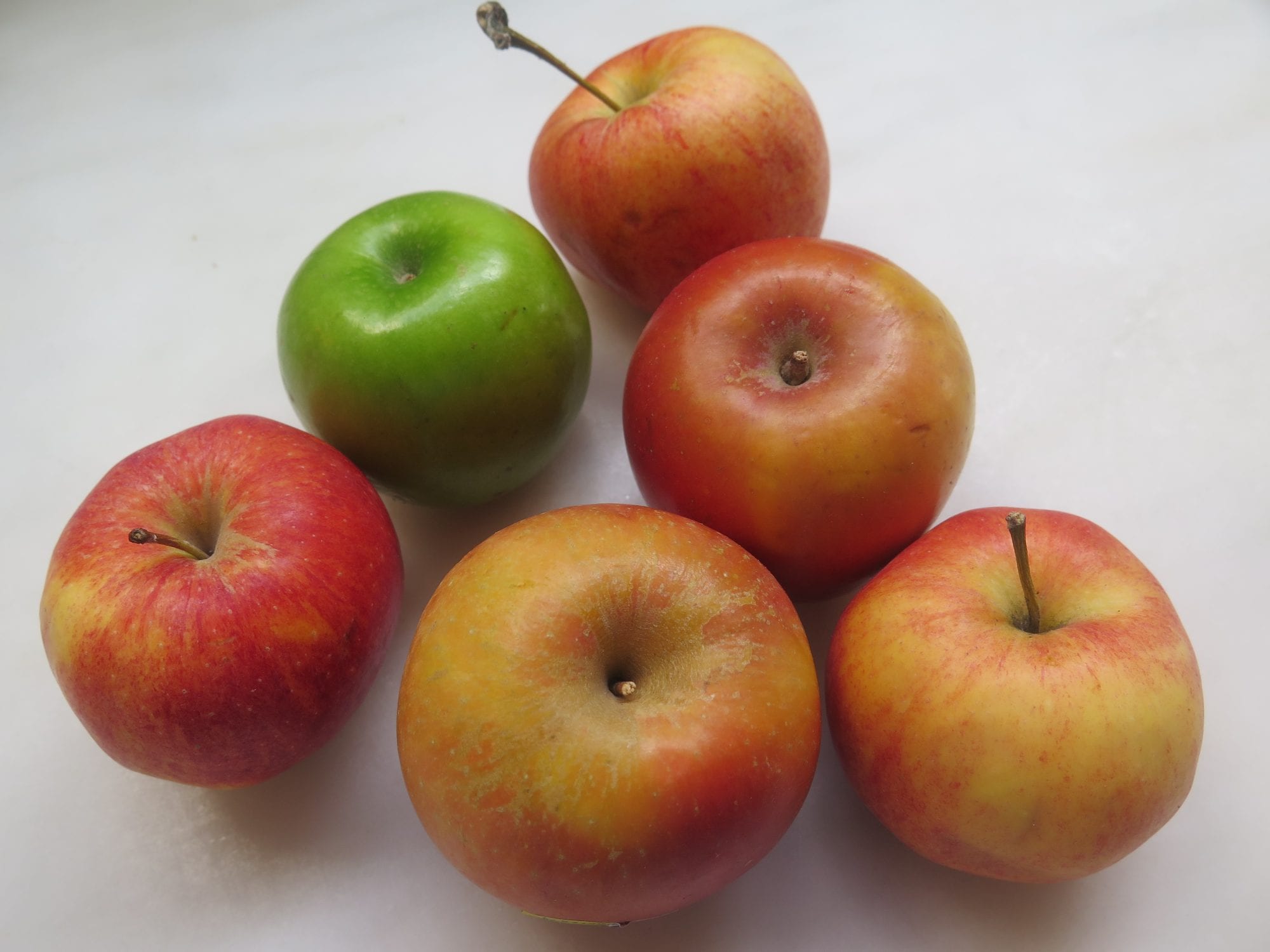 With these recipes in hand, I began on my own. I substituted yolks for some of the eggs (I’m not kidding when I say i like a moist cake), brown sugar for some of the granulated (see above note on me and moist cakes), and buttermilk for the OJ because I love buttermilk and it smells amazing when it is incorporated into this particular cake batter (both my mother-in-law’s recipe and Smitten Kitchen’s call for OJ; the NYT recipe and Dorie Greenspan’s call for no additional liquid). I made the cake as I would a carrot cake (using a simple, one bowl(ish) technique) and baked it in a 13x9x2″ pan, cause i’m partial to sheet cakes (which read picnic/snack cake to me in the best way). And the cake is amazing — moist and apple-y and comforting and picnic-y (although, truth be told, i ate mine indoors). The cake is so moist, in fact, that I do not recommend doing what I did: covering it with saran wrap when storing it. Instead, leave it exposed to the elements and put a piece of parchment paper only over the cut surface (Dorie Greenspan’s recipe recommends such storage and i’m grateful to her for that tidbit). 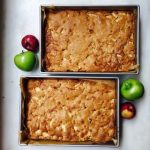 This apple sheet cake can also be made into an apple loaf. It is moist and comforting, with a delicious apple flavor that always reminds me of apple pie.
Recipe Author Jessie Sheehan
Course Dessert
Cuisine Cake

To make two loaves instead of a sheet cake: Decrease the amount of apples to two, and add only 1/2 tsp cinnamon and 1 tbsp sugar to the apples. Combine the apples with the batter prior to dividing the batter between the two 9x5-inch loaf pans, that have been sprayed and lined with parchment and sprayed again. The baking time is about 45 minutes. let the cakes cool in the pans until you can comfortably handle the pans. Then remove the loaves from the pans, and let them cool on a cooling rack before slicing and eating.
Thanks for subscribing! Please check your inbox to confirm your subscription.
Cakes Fruit Desserts Apple

I made this and it came out fabulous.

Yay! So glad u liked it. It’s an oldie but goodie for sure.

yay!! so happy to hear and so glad u liked. and sorry for the delay in responding to u!

Can I use the “sour milk” instead of buttermilk? I don’t buy it often and I really want to make this, now……and have no way to get to the store!! Also, can you put like a cream cheese frosting on it?

by sour milk, do you mean adding lemon juice or vinegar to regular whole milk? if so, yes! and a cream cheese frosting sounds delicious!!

Just made this cake and it is sooo moist!!! I love it. Testing recipes for Thanksgiving this is a winner according to my daughter.
Thank you, Tara

LOVED IT!! I have similar in hunt pan but this is easier for serving.
Look forward to more recipes!

Yay! So happy to hear. XO

Can I substitute the canola oil for butter? Or something else?

yes. melted butter will work on any kind of oil you like.

This looks delicious!! Can I replace the buttermilk with orange juice? Is so, what amount? I need the cake to be dairy-free. Thank you.😊

sorry for the delayed response. i have never done that before, but if you have had luck substituting fruit juice for dairy liquid in cake recipes in the past, then i don’t see why not. i would sub one for one. but if you have not done it before, i would use the non dairy milk of your choice one for one