Okay, first let me just say that I get that this is not the most seasonal of posts, but it’s hard to hold back a berry fanatic, even in November. Second, I know I am going overboard with all these posts about slab pie, but I’m a tiny bit obsessed. Now it’s possible my obsession is just a response to having made almost nothing but icebox cakes for the last two years — a fruit-filled slab pie is about as far away as you can get from a cake made of pudding, whipped cream, and graham crackers. But I really think slab pies are kind of unusually special. 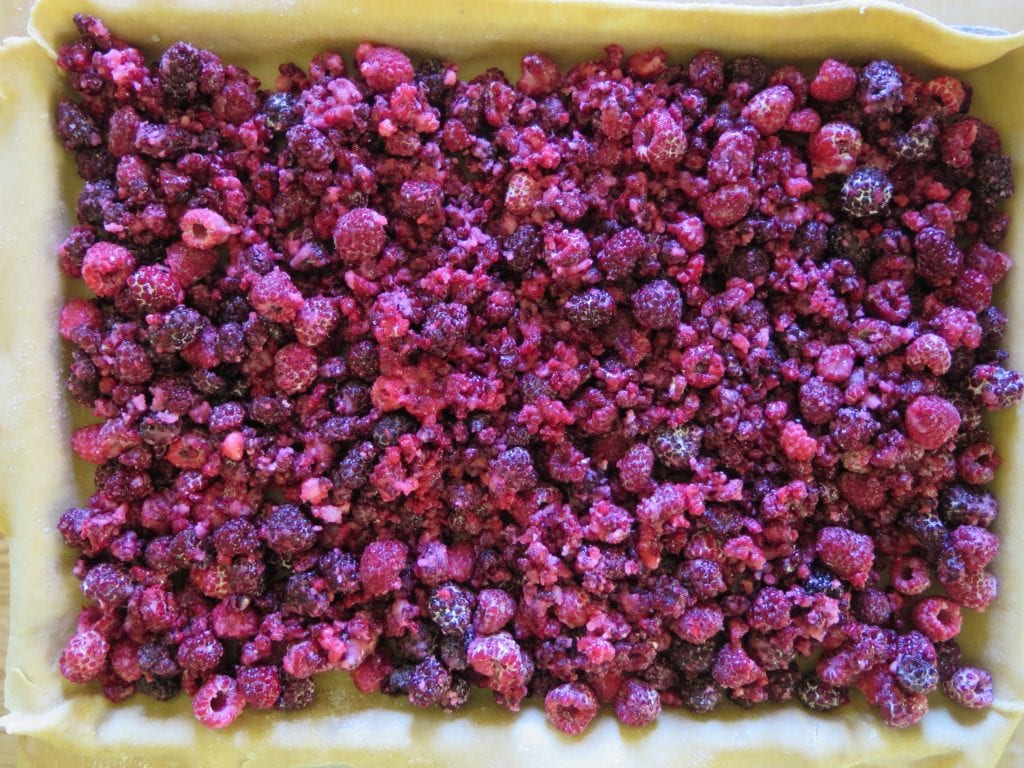 First, they are show-stoppers (a pie the size of an entire cookie sheet? I have yet to serve one in my own home or arrive at a party with one that didn’t receive excessive oohs and ahhs, and honestly, while conducting my berry slab pie recon, both this Food52 recipe and this Martha Stewart recipe elicited a silent ooh and aah from even me). Second, they are incredibly tasty (the ratio of filling to crust in a slab pie cannot be beat — think pop-tart). And third, they feed a crowd (and by a crowd, I mean as little as 8 people, going back for seconds, or as many as 20).

Now, it was kind of a given that I was going to end up making a berry slab pie (or 12), as my berry pie-thing is well documented (moreover, I had copious amounts of black and red raspberries from the garden that I had frozen). So for those of you that share such a berry-thing and are okay buying berries in the fall (“seasonal” purists, please do bookmark this til summer), I promise that you will not be disappointed. The filling is sweet-ish (from the berries and some sugar) but also quite tart from 1/4 cup of lemon juice, and the color of the berries — both before and after baking — is to die. 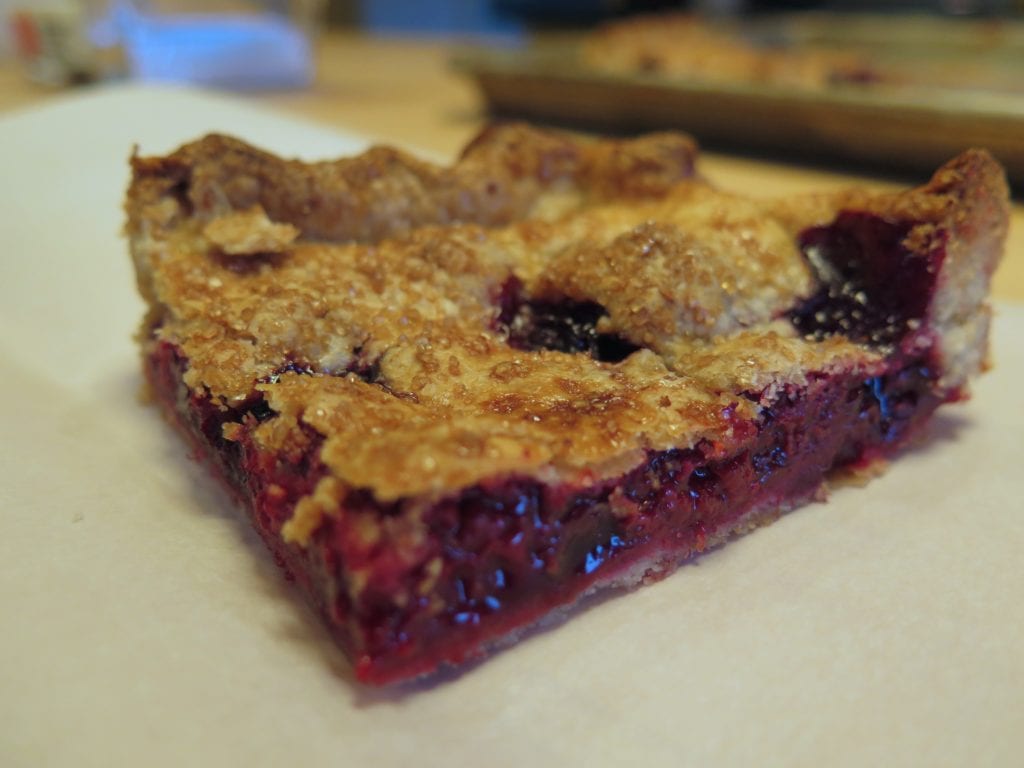 Now I can’t promise you that this is my last slab pie post (I am thinking about an apple cherry one, as well as a pecan pie one — both for around Thanksgiving time), but I can promise you that after tasting this one, with a scoop of vanilla ice cream perhaps, you will find yourself oohing and ahhing at your own handiwork. 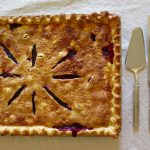 Thanks for subscribing! Please check your inbox to confirm your subscription.
Fruit Desserts Pies Raspberry

That looks so yummy!
Think I´ll have to try that some day!