Okay, so when I posted my recipe for homemade Oh Henry Bars (the Rice Krispies version), I explained that I had not actually set out to develop such a treat. Instead, my intention was to develop an oatmeal based Oh Henry Bar, like those my husband grew up snacking on. Now, I had never had an opportunity to snack on such a bar growing up, as my childhood home was not really of the “homemade-bar” variety — I don’t think my mother has ever made a bar in her life (unless you count brownies, which I don’t). In my house, we snacked on Drake’s Devil Dogs, instead, and if I hadn’t developed my own Devil Dogs for Baked Elements, you can be sure I’d be posting a homemade devil dog recipe sometime soon, but I’m getting off point. 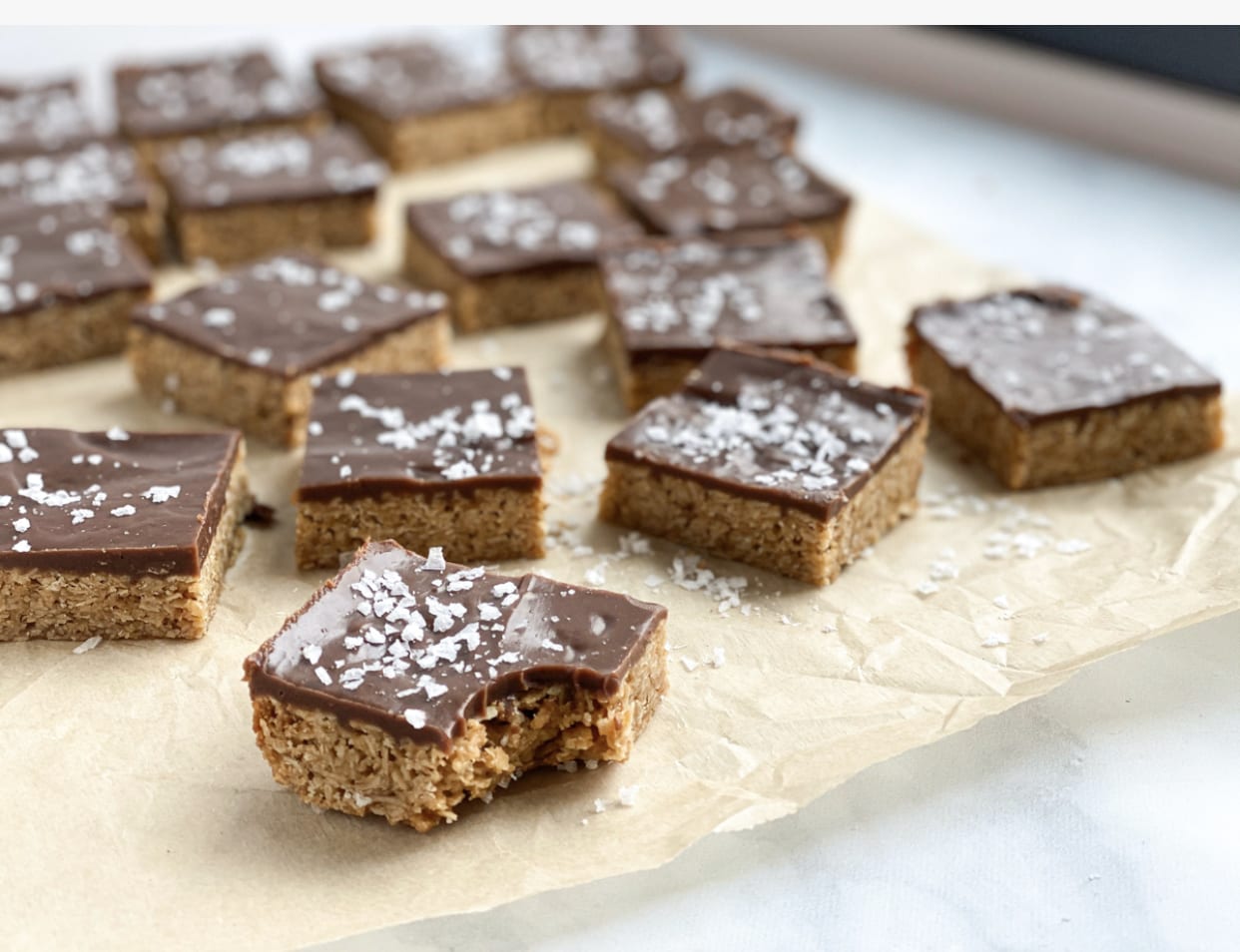 I had my first Oh Henry Bar (the oatmeal version) when I first met my husband’s parents, soon after we started dating. His mother made them – and not for me, fyi. these treats were for her son, not for said son’s girlfriend — and they were spectacular: chewy and peanut butter-y and chocolate-y and perfect. Needless to say, even though they were amazing, it didn’t even cross my mind to ask for the recipe or to think about how I might tweak said recipe to make it my own — this was over 15 years ago and being a late bloomer (baking-wise), I was still several years away from making desserts at home, let alone creating my own recipes for said desserts. But I remembered the bars, and once I was officially part of the family — and had even enjoyed the occasional bar made specifically for me — I asked for a copy of the recipe. 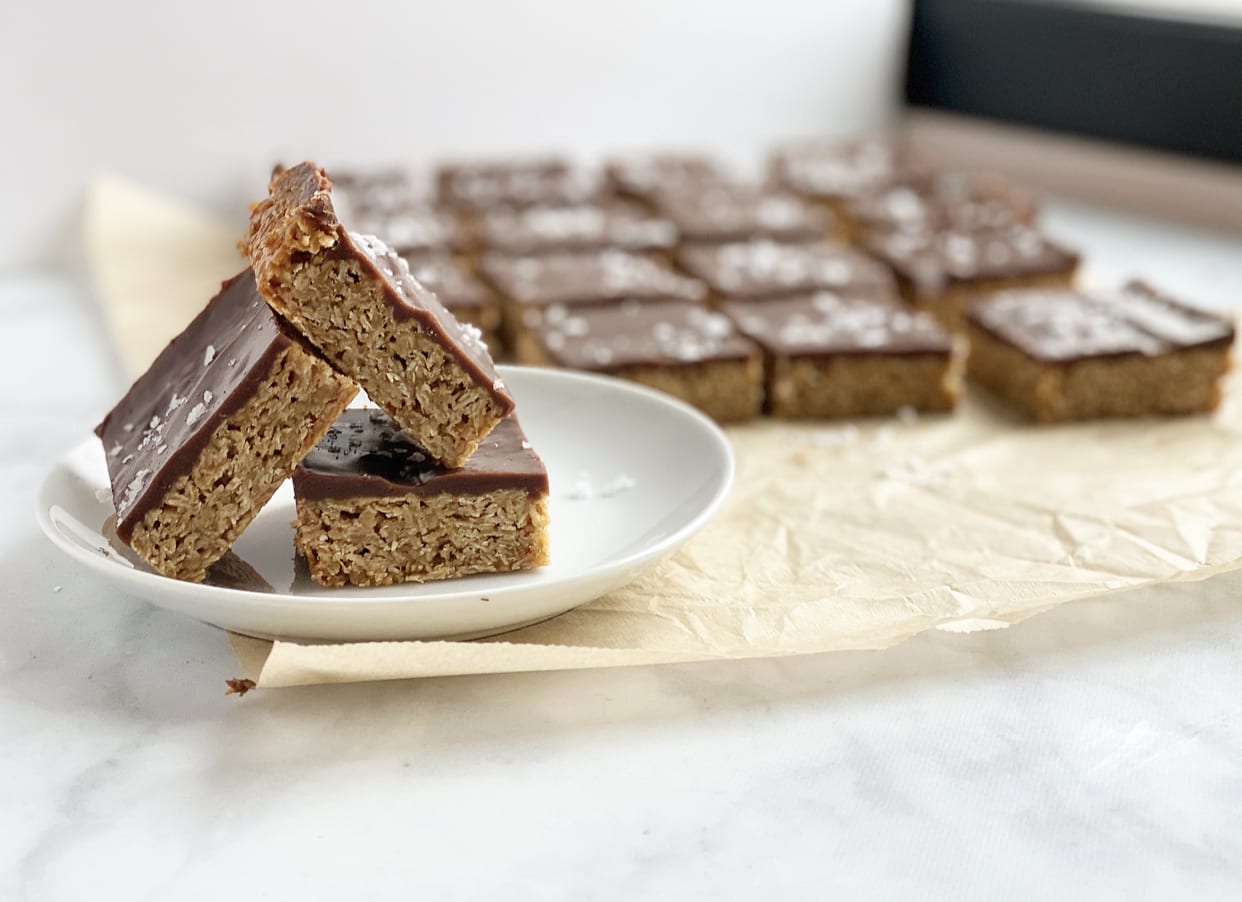 I then proceeded to make my mother-in-law’s Oh Henry Bars . . . a lot. Until it was time to put my own spin on them. And although this initial spin, as stated above, turned into an Oh Henry Bar with a crispy rice cereal base, it was always my absolute intention to make an oatmeal-based one, as well. Researching Oh Henrys with oatmeal — surprise, surprise — revealed that my mother-in-law’s trusty and delicious recipe was all over the internet. Like the exact recipe. However, I did discover that in some instances, like this Oh Henry recipe, the ingredient list might be identical (which it is), but the technique differed. Rather than creaming butter and sugar together and then adding the corn syrup, oats and vanilla, it required that you cook all of the above ingredients, save for the oats, on the stove top and then add this boiled syrup-of-sorts to the oats. This reminded me of the way I made the crispy rice cereal base for my first Oh Henry Bar, and seeing as I’m a creature of habit, I was on board to do so again. 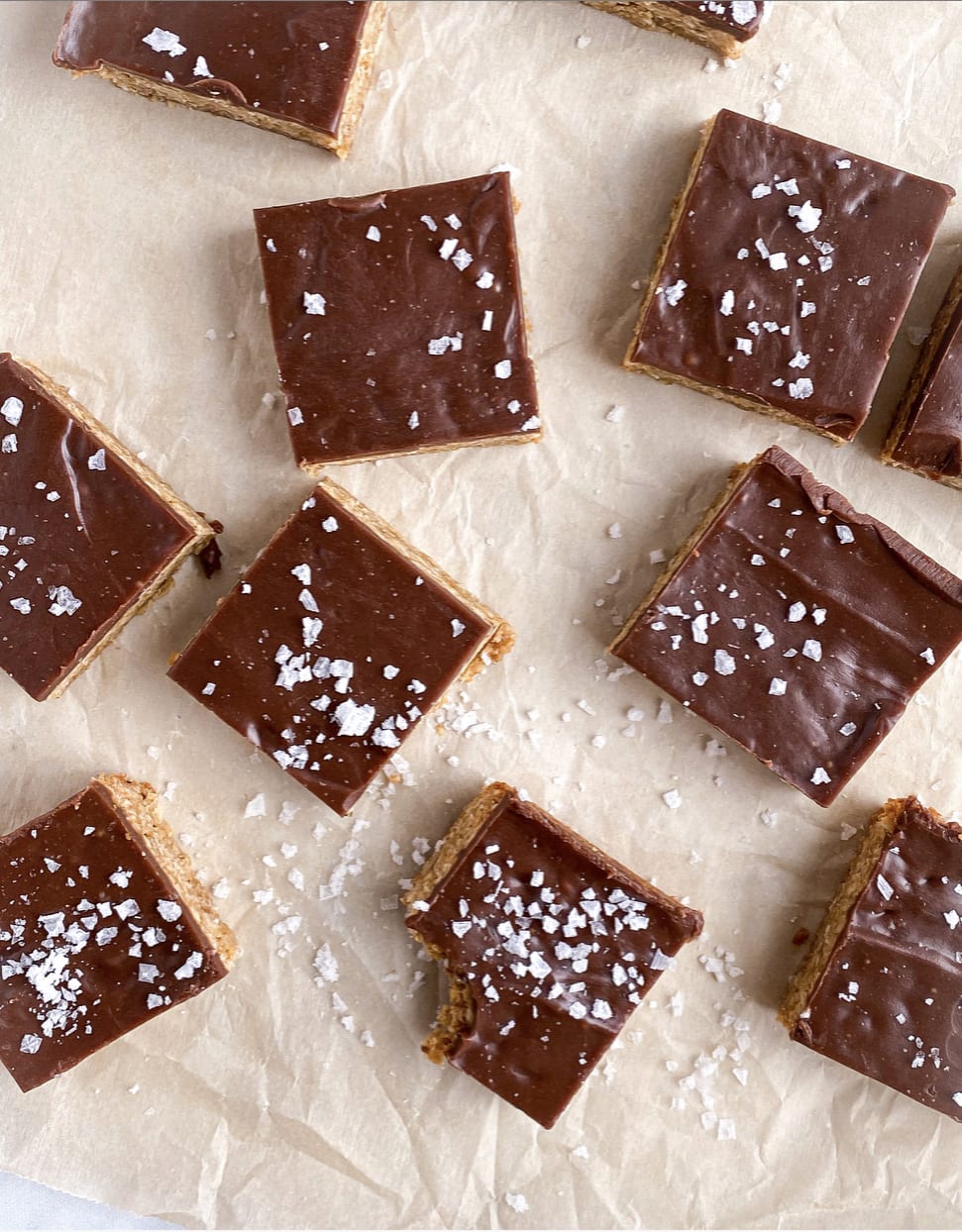 My additional fiddling included adding extra butter (cause fat is my favorite food), using salted butter instead of unsalted, and a bit of extra kosher salt to boot (cause I love salt). I also used dark brown sugar and dark corn syrup, instead of light brown sugar and light corn syrup (cause i love caraml-y/molasses-y flavors), and added peanut butter to the oaty-base (cause an Oh Henry Bar is a peanut butter bar, after all, so why not amp up the PB flavor wherever you can?). The topping is the same milk chocolate peanut butter ganache from my Rice Krispies version of the Oh Henry Bar, and I don’t feel the need to explain why ganache is a necessary and amazing addition to an Oh Henry Bar — be it crispy rice cereal-based or oatmeal-based. Flaky sea salt, too, I believe, needs no explanation. Enjoy. And please share the recipe with your son’s girlfriend. 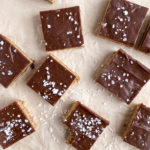 Thanks for subscribing! Please check your inbox to confirm your subscription.
Bars Caramel Chocolate