The apple cranberry muffin obsession has been going on for kind of forever. Like circa fall of 1993. back then, I was living on Sullivan Street in SoHo (basically the last time I had even a remotely swanky address) and Once Upon a Tart (an awesome NYC bakery totally worth checking out) was essentially my next door neighbor. They sold a myriad of delicious goodies (and still do), but I only had eyes for their muffins. First, they were jumbo, and as has been noted before, I’m a sucker for a large treat. Second, they were sweet, but not cake-sweet (okay, if we’re being honest here, I really wish muffins were cake, but I know most people are not as palette-challenged as me). Third, they were super moist (kind of like extremely important to me in a muffin). And fourth, they were bursting with whatever ingredients they’d been filled with (apples and cranberries, ginger, pears, and raisins — you get the idea). And my true love, of course, was their apple cranberry muffins, as the tangy sweet combo of the two fruits (in my opinion) could not be beat. 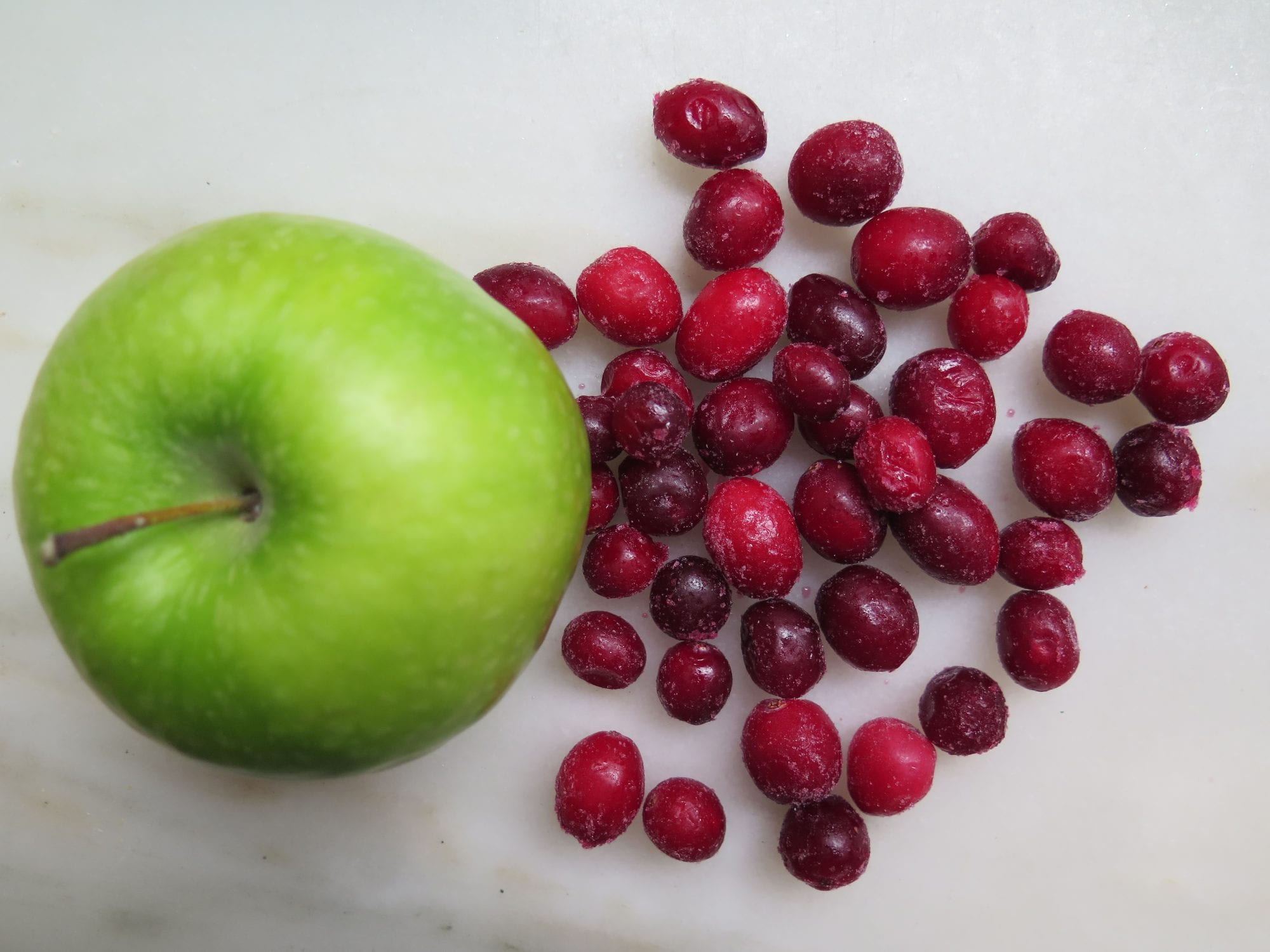 Now cut to more than a decade later and I am working at Baked and bonding with Eric Wolitzky, the head baker (and my awesome pal) about our favorite NYC sweet treats and we realize that we both love/are infatuated with the apple cranberry muffins at Once Upon A Tart. The next day he brings me the recipe and now I’m making my most beloved breakfast treat at home whenever I feel even remotely moved to do so. Until a few weeks ago, that is, when I decide it’s high time I develop my own version. Now, one could argue (as Smitten Kitchen and Melissa Clark do) that maybe if something is perfectly delicious one doesn’t (or shouldn’t) attempt to put one’s own spin on it — like, what’s the point? And I mostly agree with them. However, when I really love something, I get a lot of pleasure out of breaking down all of its lovable components and making each one of them even that much more delectable. And that is exactly what I have attempted to do here. 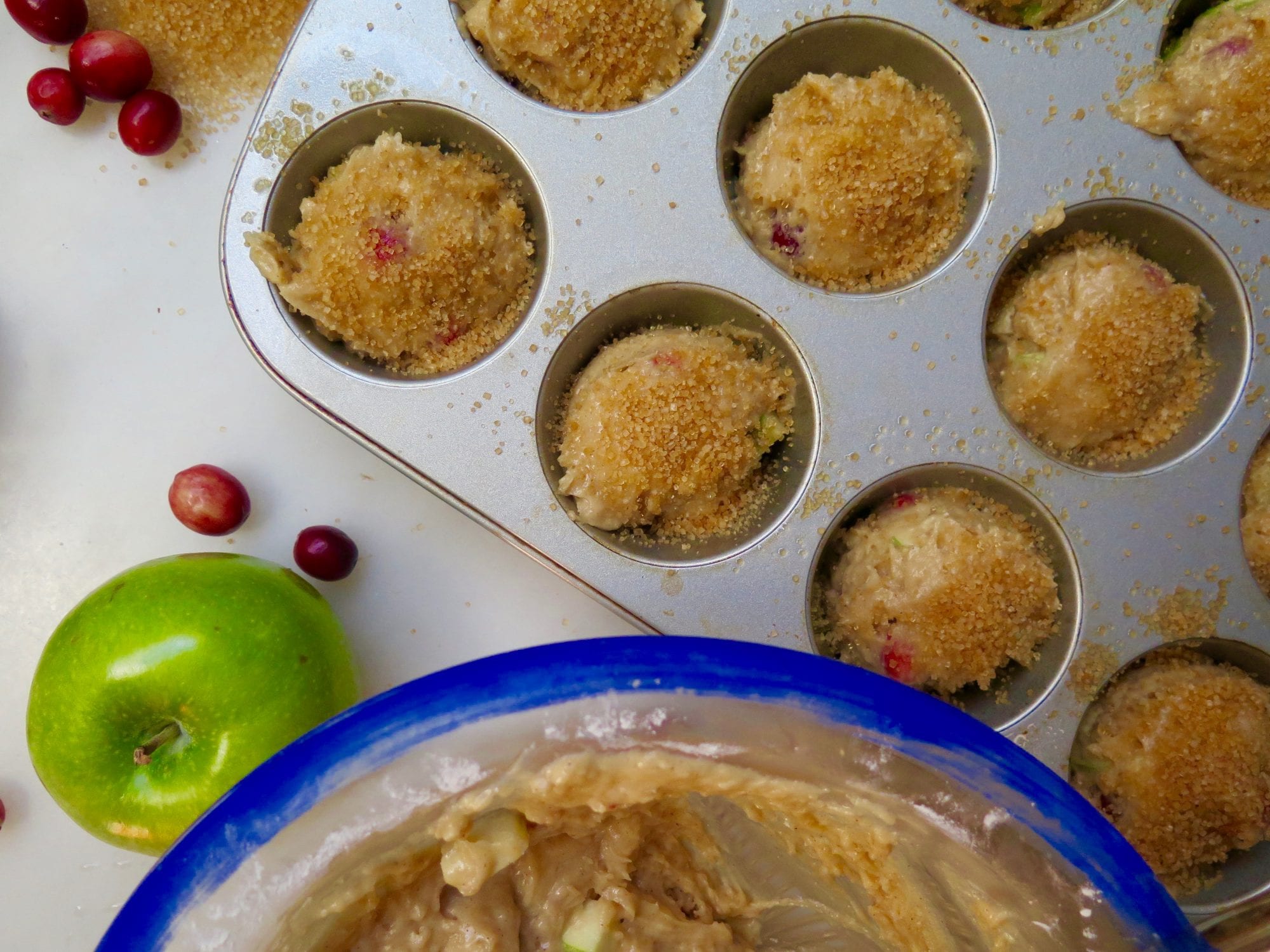 To begin, I focused on my muffin’s crumb, playing around with different types of flour and experimenting with bread flour and cake flour because of this blueberry muffin recipe from Alton Brown (a combo of cake and regular flour won out, FYI, as it produced the most tender and perfect of crumbs). Next, I attacked my muffin’s wet ingredients, focusing on all sour cream first, aka the Cooks Illustrated way, but then added a bit of heavy cream due to the fact my baking guru, Shirley Corriher, puts whipped cream in almost everything, including her muffins (here, I skipped the whipping to keep my muffin-making process uber-simple). 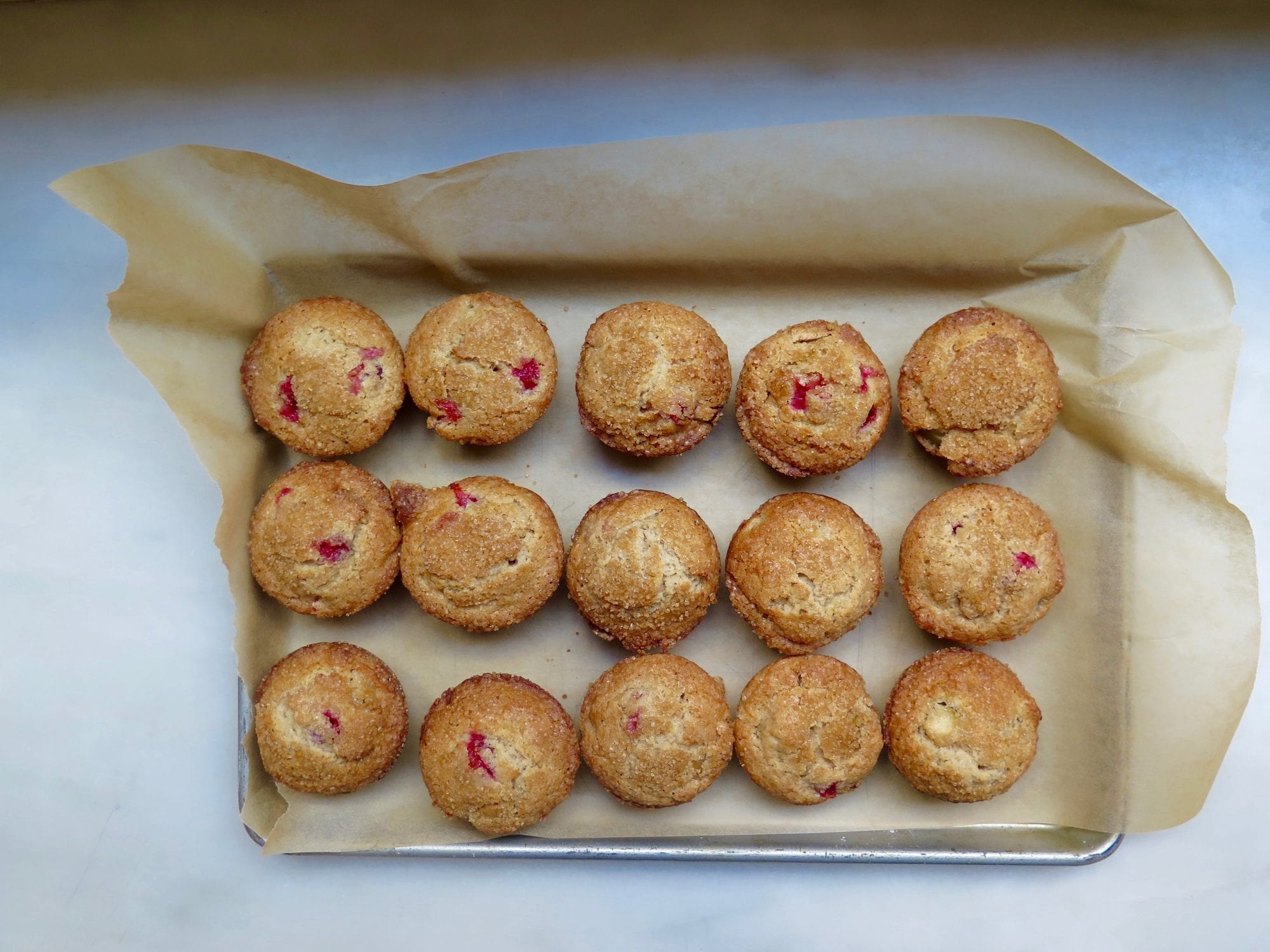 As to the question of fat, my testing began with all oil (one of my faves for producing super moist goodies) but I just wasn’t getting the flavor I was after. So I turned to my new favorite cookbook, Huckleberry, to see how Zoe Nathan makes a muffin, and quickly concluded a combo of oil and melted butter, was likely just what my muffin needed. It was. As for the sweet factor, I’ll say it again: I like sweet, so I added a bit more sugar than your average muffin and substituted a bit of muscovado sugar for some of the white. (Rose Levy Berenbaum is using it everywhere in her new book, The Baking Bible, and I had to give it a try.) And to finish, I amped up my spices, salt, vanilla, threw in a yolk, preheated my oven extra high à la this King Arthur muffin recipe (in order to get the classic muffin dome I was after), and, voilà, I had created the extra delectable apple cranberry muffins of my dreams. And yours too, I hope. 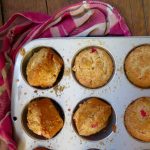