It was never my intention to develop a blondie recipe. To the contrary, I’ve been working on one for brownies (believing that no sweets-oriented blog is complete without one) for quite some time. And I was just about ready to post what, I think, is a totally amazing, fudgy, chocolate-y brownie masterpiece, when I started obsessing about blondies. Cut to an hour and a half later, and my brownie recipe is on hold (temporarily) and I am browning butter and toasting nuts and pondering what else the perfect blondie might include. To some, this might seem like a leap — to go from brownie development to blondie development in a mere 90 minutes. But for me, it’s not really that weird. My blondie thing is really just an extension of my preoccupation with chocolate chip cookies. and, although I love an all-chocolate dessert (i.e., a brownie) I am really super partial to the combo of chocolate plus caramel-y, salty, molasses-y flavors — hence my blondie-love. 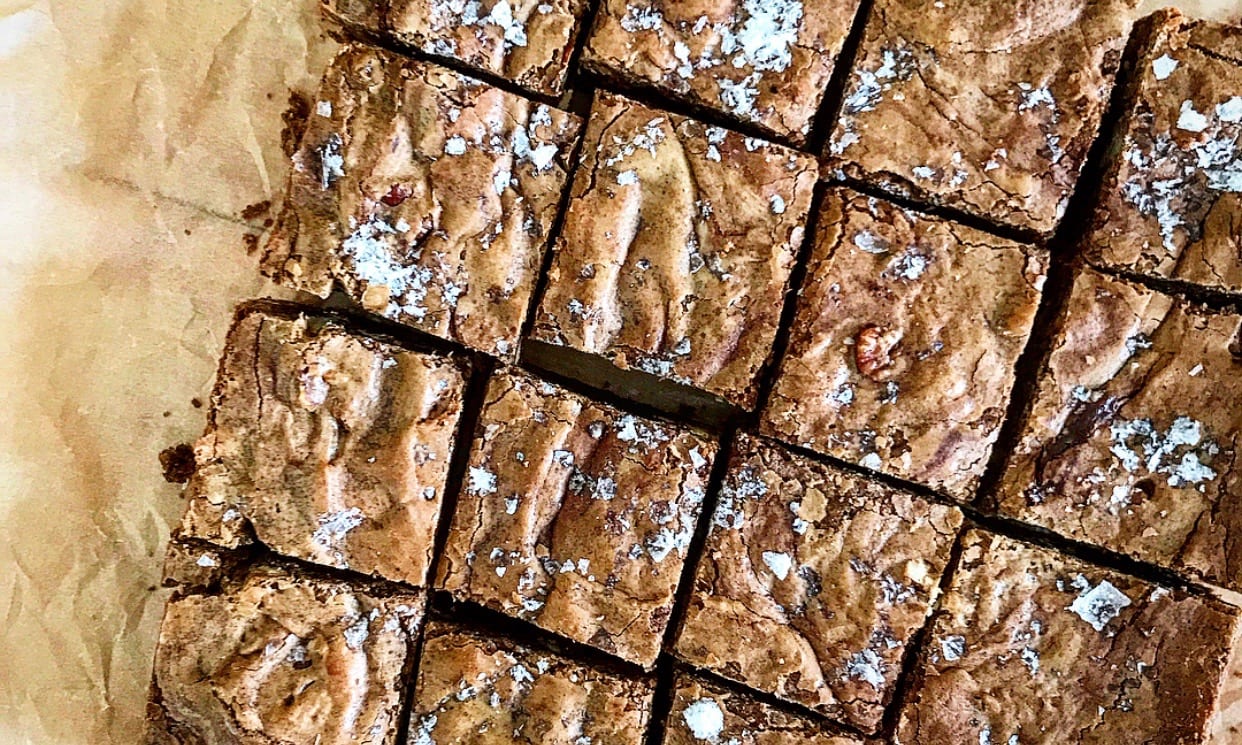 Bottom line: temporarily abandoning brownies for blondies, in my world, is kind of par for the course. But what does (perhaps) merit concern, is the fact that I developed a blondie recipe at all, because there are like at least thre totally spectacular blondie recipes out there: Mark Bittman’s (kind of the grandfather recipe — he calls them “butterscotch brownies”), Cook’s Illustrated’s, and Food 52’s (among others, I’m sure). They all make super yummy blondies and they all call for essentially the same ingredients in basically the same proportions. For many, I get it, these four recipes would be kind of a deal-breaker in the “should-I or should-I-not develop a blondie recipe” quandary. But I can’t help myself. When I really, really like something, I really, really want to put my stamp on it,  even if my “stamp” is a subtle (but fabulous) tweak here and a subtle (but fabulous) tweak there.

So I present you with a recipe for blondie perfection. Devoid of surprise ingredients or unusual techniques (save for an excellent brown butter hack in the microwave), this recipe is instead a combo of all that I love in a chewy, caramel-y, salty, chocolate-y bar-shaped treat. It has salted butter, a sprinkle of Maldon on top to cut the sweetness, a combo of light and granulated sugar, an extra yolk for moisture, vanilla paste (rather than straight up vanilla) cause it makes the caramel-y notes sing, and mandatory (I’m only kind of kidding) add-ins of toasted pecans and a combo of milk chocolate and bittersweet chips (cause the malt blondies I used to make at Baked have nuts plus a  chocolate combo, and i wanted to pay a little homage, as well as take advantage of a good thing).

Finally, browned butter — yes, Smitten recommends adding it (in a note she added to her recipe in may of 2014), and Phyllis Grant for Food 52 requires it. And yes, after I decided my recipe would include it, I had a momentary pause when I realized that I was not the first person to think of browning the butter in a blondie (shock of all shocks, I know). But you know what? Browned butter is divine and it takes a blondie over the top. Plus, my method involves the microwave, which means less clean-up, and so I’m on board (despite the fact I’m sharing the board). Here’s to hoping you’re on board too — I kind of think you will be. 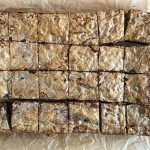 You can play around with the amount of chocolate chips to make the recipe more or less chocolatey and sweet. The Maldon combats the sweetness nicely, but is optional.
Thanks for subscribing! Please check your inbox to confirm your subscription.
Bars