I’ve basically been in love with three brownies in my life: 1) Fudgy brownies from a box (Duncan Hines, Betty Crocker; I wasn’t picky), 2) molten-like brownies from a family recipe (basically these Food Network brownies by Paula Deen, but baked at only 300 degrees for 28 to 30 minutes), and, 3) the Baked brownie (kind of a lot of people’s all-time fave). My ultimate fudge brownie owes something to each of them. However, when I initially began developing it, I figured I’d create something akin to the molten-one (which I imagined might end up something like Barefoot Contessa’s brownie pudding, or this brownie pudding pie — a recipe I’d developed for the GVC Network). Yet, when I started drilling down on water baths, low oven temperatures, under-baking, and other methods for achieving molten-ness, I kind of got cold feet. I knew from brownie-love #3 (the baked brownie) that I didn’t actually need a super ooey-gooey center to create a super fudgy, chocolate-y treat. And I knew from brownie-love #1 that I was super happy with a brownie that kind of called out “chocolate,” rather than screamed it. 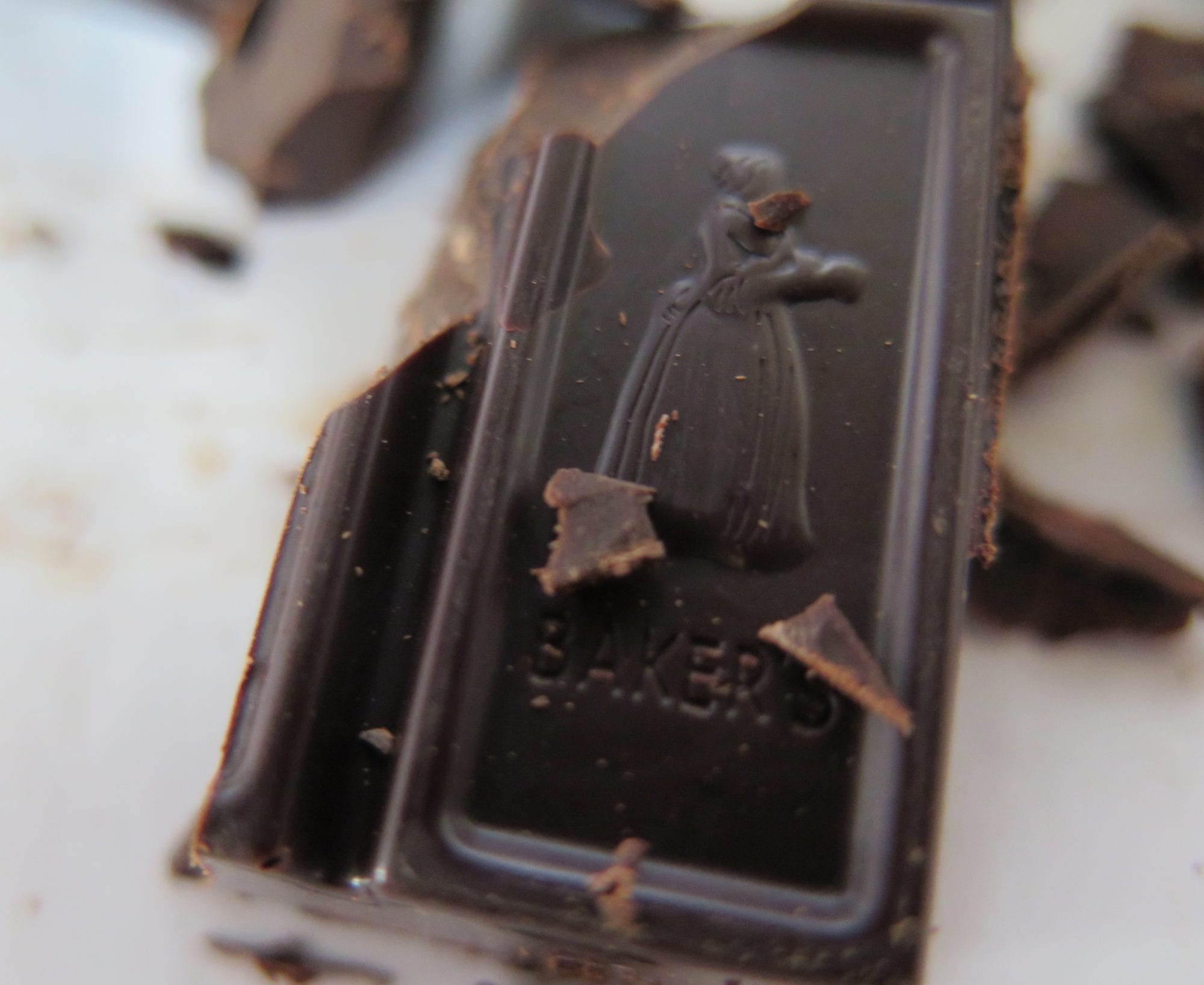 With these conclusions in mind, I stepped outside my brownie comfort zone, abandoned my three loves (temporarily) and embarked on (relatively) aggressive research. I began with a brownie that many (including David Lebovitz) adore: Katharine Hepburn’s brownies. I’d had it once, many summers ago, and remember thinking it was good, but that it was no baked brownie (you’re welcome, Matt and Nato, for my loyalty). But I was intrigued with the recipe’s inclusion of unsweetened chocolate (having used it in my recipe for extra moist and chocolate-y birthday cake, I knew it imparted a deep chocolate flavor without added fat or sugar, allowing for much control over the chocolate to richness to sweet factor). So I turned to the brownie recipe from the box of Baker’s unsweetened chocolate, only to find that it wasn’t all that different from Katharine Hepburn’s (a little less butter, fewer eggs, and more flour). Now my curiosity was truly piqued. Were all brownie recipes calling for unsweetened chocolate the same? 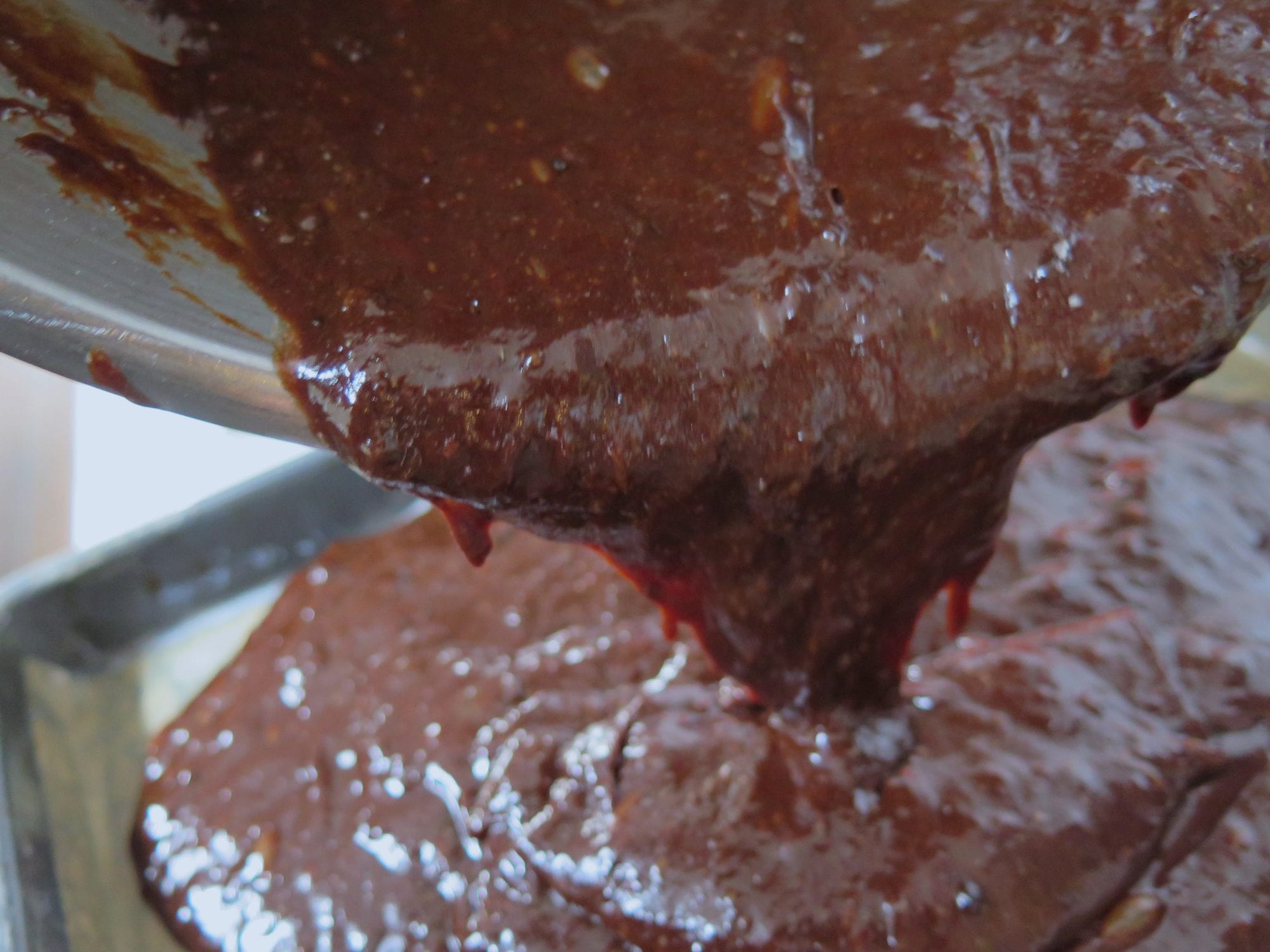 I discovered that Mark Bittman’s brownie recipe from How to Cook Everything was identical to Katharine Hepburn’s, save for double the flour. As was one from the Silver Palate that I had clipped from Food and Wine a hundred years ago (this one had just a tad more flour than the Hepburn one). I retrieved another clipped recipe from the New York Times  (and also written by Mark Bitttman) and found that it too differed almost not at all from what was beginning to seem like the standard brownie-with-unsweetened-chocolate recipe (it called for a tad more chocolate and double the flour). And, finally, I looked at Smitten Kitchen’s favorite brownies (essentially the Bittman/NYT one, with a bit more sugar, vanilla, and flour). Then I stopped with the research. I’m sure you’re glad to hear that, and, be honest, are any of you still reading at this point? I fear I’m the only one out here who finds this nerdy recipe analysis fascinating. Am i? Hello? But i digress . . . In short, I’d cracked the code: Really good fudgy chocolate-y brownies made with unsweetened chocolate should have only a modicum of flour (give or take), a fair amount of butter and sugar, and the more eggs the better. 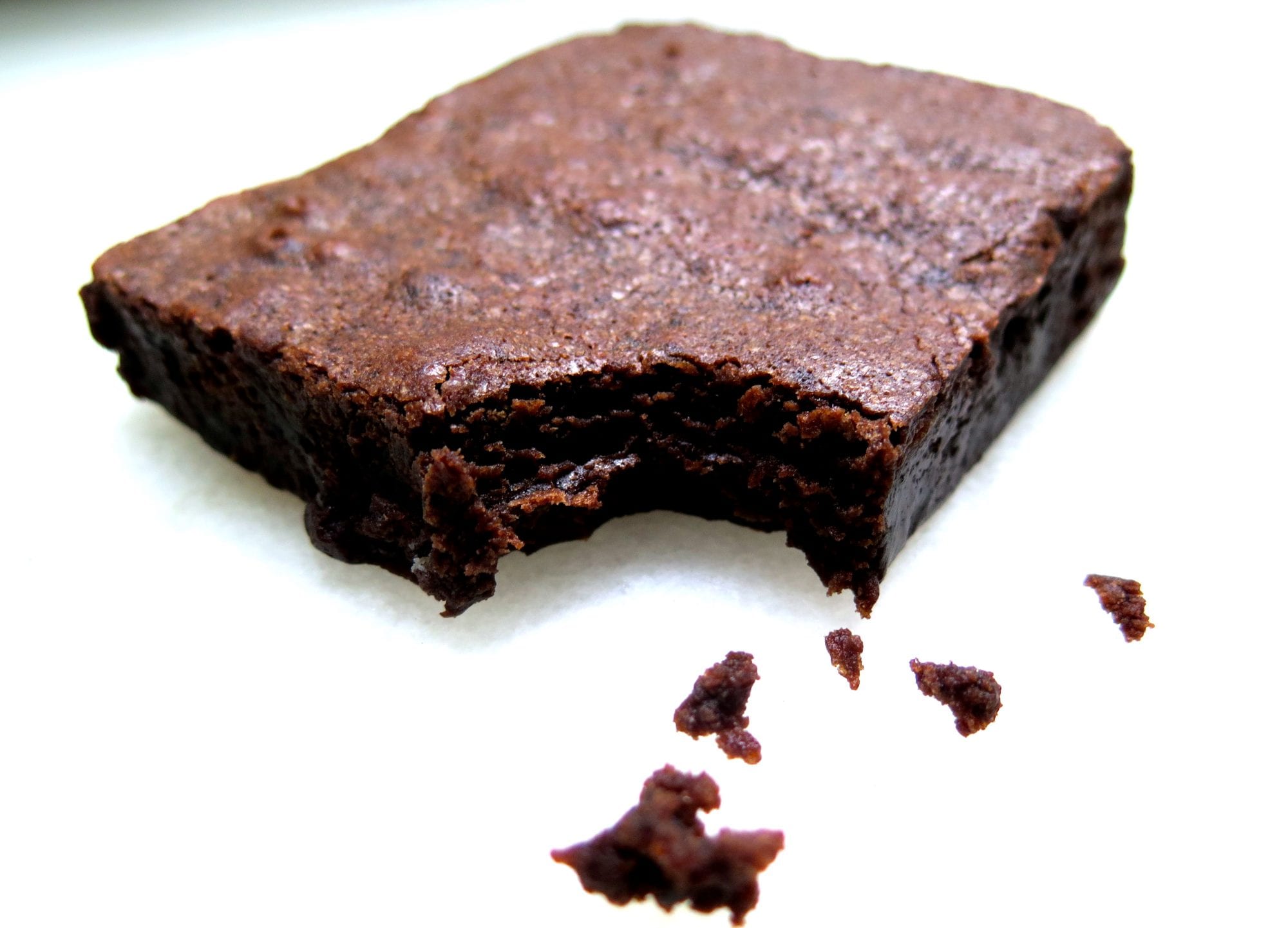 Now, rather than feel deterred, like, “why should I develop a brownie with unsweetened chocolate if all of the recipes out there are almost exactly the same?,” I felt emboldened. I would jump on the unsweetened chocolate brownie-train and I, too, would put my stamp on the art of unsweetened chocolate brownie cookery. and so I have. My recipe calls for more brown sugar than white (for moisture, molasses-y-ness, etc.), an extra yolk (for moisture, again), a hefty glug of vanilla (to boost the chocolate-y-ness), a generous helping of salt (salt-aholic here), and some black cocoa powder cause it’s my new obsession. Finally, the technique is all baked, cause I believe their brownie-making methodology is pure genius. and this brownie is something special: chocolate-y, fudgy, rich, dense, a bit salty and completely addictive. My neighbor consumed upwards of four of them — I’m thinking 6? — last night). Make them right now and you will not be disappointed. 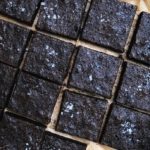 Thanks for subscribing! Please check your inbox to confirm your subscription.
Bars Chocolate

This recipe is fnatastic! I made them last weekend (ended up going to WF for the chips instead of using 100% cocoa), I ended up eating about ten of them :(I am totally hormonal this weekend and decided to make another batch. This time I didn’t have any figs so I used raisins, and OMG! They are just as fabulous! (hopefully I won’t eat the whole batch myself oops) Thanks again!

wow! that’s great. so glad you enjoyed them. i have never thought to put figs or raisins in brownies . . . very intrigued by that.