I’ve always been super yeast-phobic. Like super. Despite my love of all things bread, I just couldn’t wrap my mind around making my own. Until a few years ago, when I discovered this recipe for no-knead sandwich bread. Now, making this particular bread appealed to me for several reasons: First, it gives you the option of using instant yeast, rather than active (we always used instant at Baked and I prefer it, as you do not have to activate the yeast with a warm liquid prior to incorporating it into your dough, you just add it in along with your dry ingredients). Second, the recipe is insanely easy and simple (i.e., no kneading). And, finally, the recipe is for white bread, not whole wheat, spelt, rye, etc. And I’m sorry, i’m just a lover of white bread from way back. Do I purchase it for my boys from the grocery store or permit them to select the white rolls from the bread basket when we’re out to dinner? Absolutely not. But in a perfect world, would I eat all my sandwiches (and by “sandwich,” I mean a slice of bread slathered with butter and sprinkled with maldon sea salt) on freshly baked white bread? Indeed. 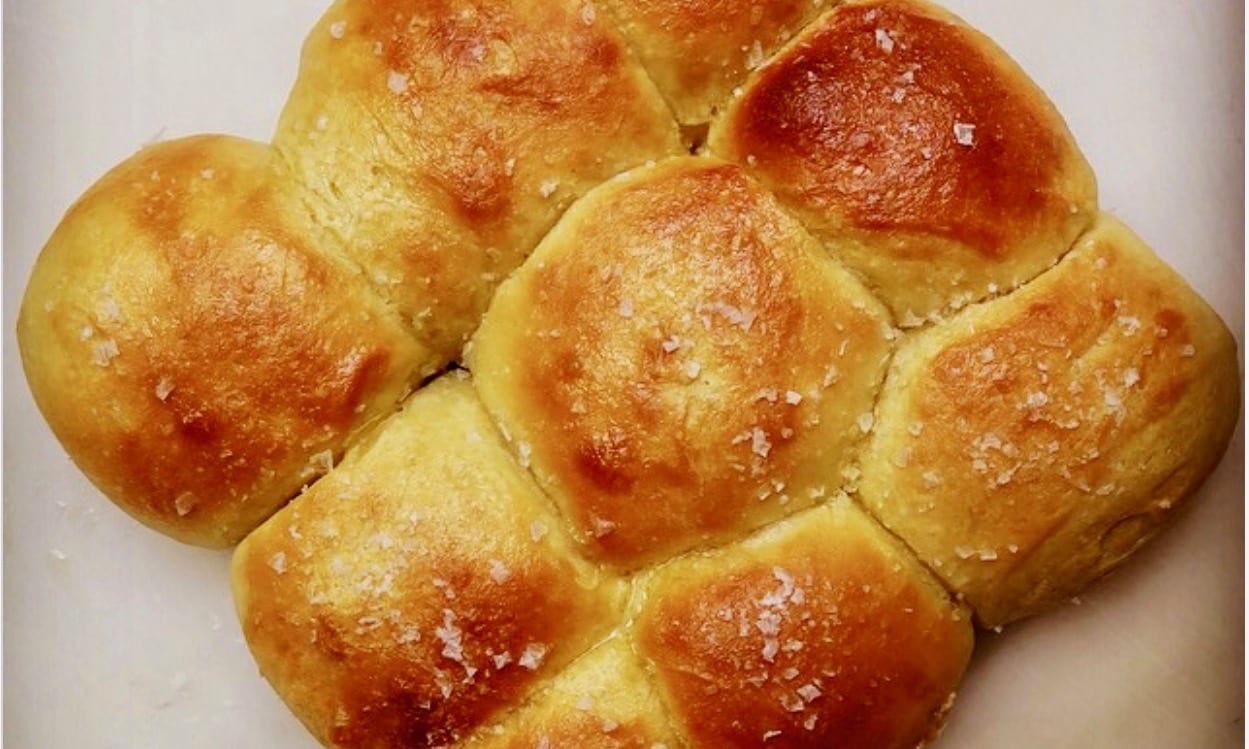 So — big surprise — I have been making this bread a lot since discovering it. Like a lot a lot. But as Thanksgiving neared this year, rather than make loaves upon loaves of it (as had been my way), I thought maybe I should shake things up a bit, and try dinner rolls. And, I won’t lie: it was this smitten kitchen post, from around that time, that got me all parker house-obsessed. now, deb’s are pretzel-influenced, and i wasn’t really all about that. but the idea of a parker house roll? a roll that – to me – says fluffy, tender, white bread? (and, yes, i am having a flash-back to the kfc rolls of my childhood) – with that, i was completely on board. aggressive roll-research began immediately and in earnest (in light of the fact that i hadn’t really a clue as to what particular ingredients contributed to the perfect, fluffy white dinner roll (aka the parker house)). 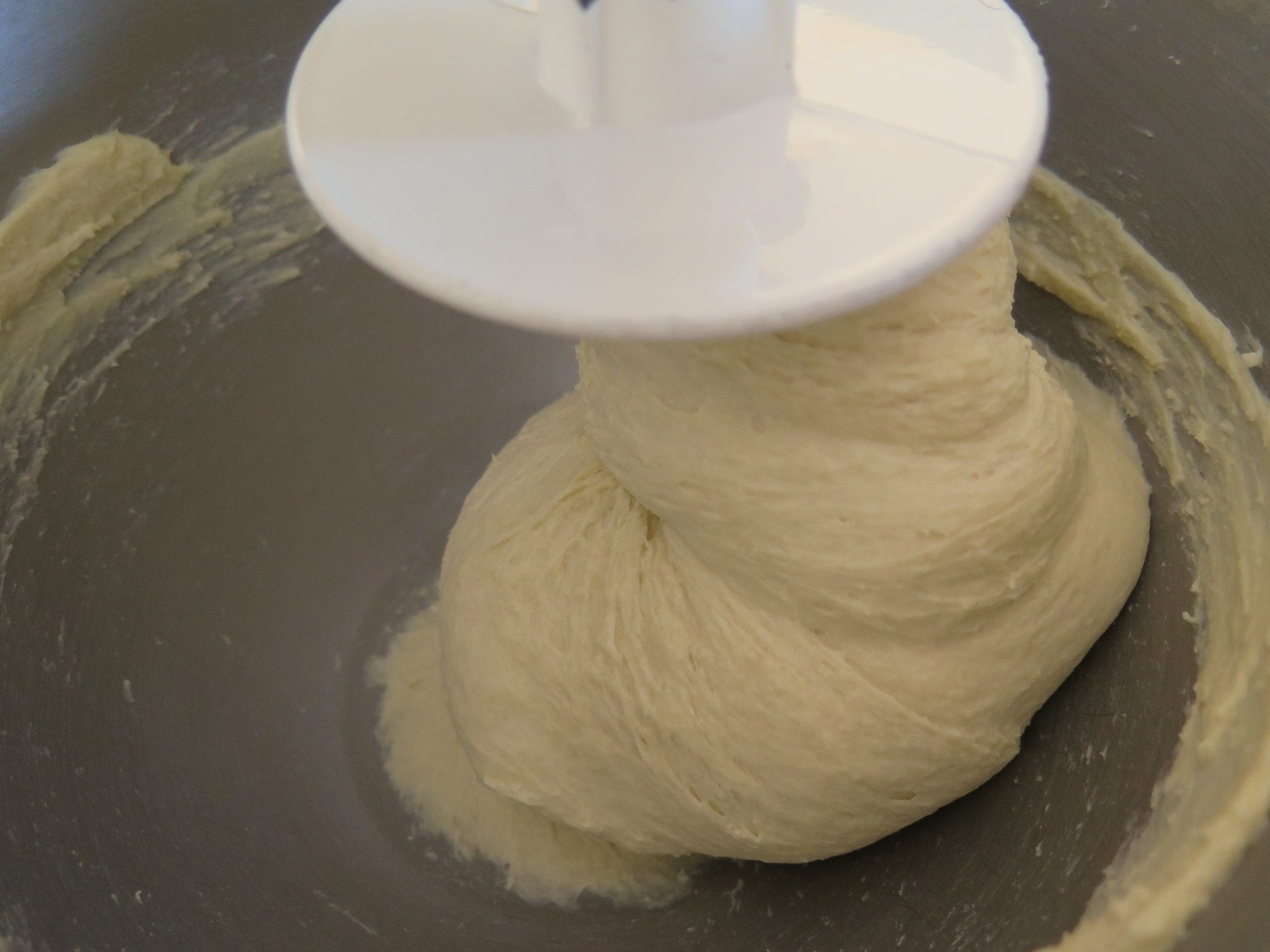 A post/recipe on the King Arthur baking blog was indispensable in getting me started, as it not only gave me some nice background on the origins of the parker house roll and how to shape them to look like the original (FYI, mine are not shaped “traditionally,” as it were, but please read the King Arthur post if you would like yours to be shaped as such). Most importantly, it introduced me to the idea of incorporating potato flour/mashed potato flakes into the dough. The addition of potato softens and tenderizes the dough (I learned that from the The Bread Baker’s Apprentice), and because I had a hefty amount of potato starch in my cupboard (left over from the recipe development/testing of my flourless chocolate cake, I decided that my recipe for parker house rolls would substitute the starch for the flour or flakes. I checked out Bon Appetit’s take on the parker house roll, as well as the Kitchn’s roll recipe, to see if others were on board with the potato addition, but it was only this dinner roll recipe (and this Thanksgiving roll recipe) that I saw it included. And that was enough for me. 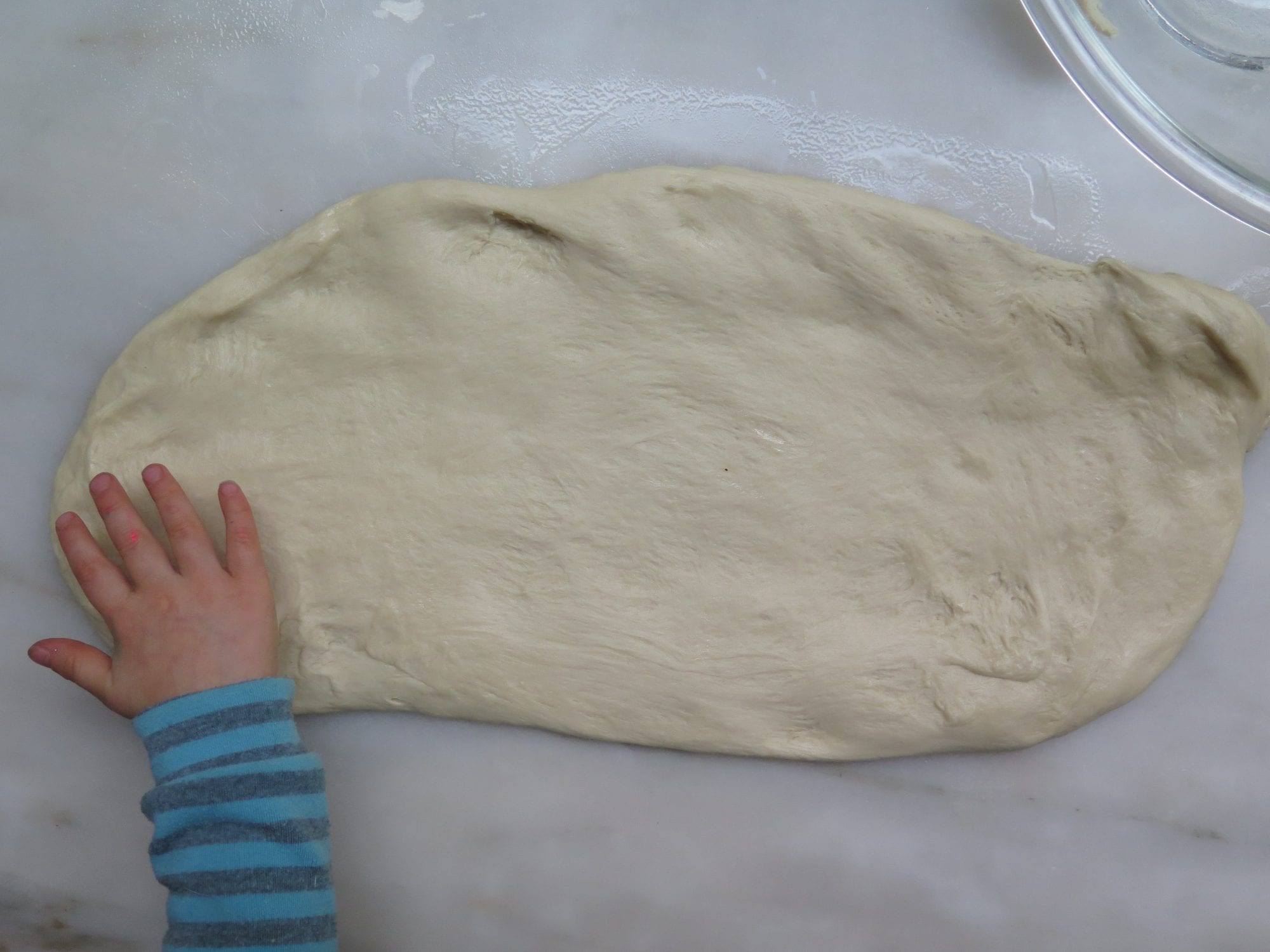 The question of what kind of flour I’d use (all-purpose or bread) was influenced by The Bread Baker’s Apprentice and Handle The Heat (I went with a mixture of all-purpose and bread); the question of fat (butter, shortening or oil) was decided by the The Bread Baker’s Apprentice, again, as he explained that butter adds more flavor, but shortening the “softest texture” (I went with a combo in an effort to get the best of both worlds). And, finally, the question of liquid. I was completely on board with using whole milk, until i read the The Bread Baker’s Apprentice take — yes, he came through kind of a lot with this recipe — and decided on buttermilk. With the recipe under control, I took a last quick peek at Martha Stewart’s parker house rolls, just to see if there was anything left to glean, and discovered the trick to super glossy, nicely browned, uber-buttery, and slightly salty rolls: Not only a brushing of melted butter pre-baking, but one post-baking as well, and a sprinkle of sea salt before serving. And there you have it, a recipe for fluffy, tender, white dinner rolls; buttery and salty to boot, easy to make even for the yeast-phobic amongst us, and, oh, so yummy. 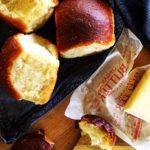 Warming the buttermilk will help the dough rise more quickly. It is not essential, and if it is done, it should only be done til any refrigerator chill is removed
Thanks for subscribing! Please check your inbox to confirm your subscription.
Bread, Rolls, Doughnuts & Puffs

so good. i just made a batch. make sure to slather with some salted butter…thanks jessie.

so glad you liked them, matt!

Hi Jessie,
I want to make these for Thanksgiving and wondered how much can be done ahead. Can the dough balls be refrigerated or frozen before the second rise, and if so for how long? Then let them come to room temperature, finish rising and bake?
Thanks, Rachel

Hi Rachel. I would treat them like overnight rolls and do as u said. Make them Wednesday night and refrigerate after the first rise/shaping of the rolls. Tightly wrap in plastic. Then take them out of the fridge maybe a half hour or so before baking-off. And they are best warm, so if you can time it so they come out close to when you’re eating, that’s ideal. Also, as of late, I’m finding mine are ready closer to 20 minutes as opposed to 25, but it’ll depend on your oven. I look at the bottom of the rolls to determine if they’re done – either via a Pyrex pan, or I lift up a corner and look. Hope this helps!