I warned you peeps: SUMMER IS NOT OVER when it comes to recipes you might just see popping up on this here blog in the coming weeks, K? There was Baked Alaska last week and there is actual ICE CREAM this week. But not only do I think that this is a-okay, as ice cream should basically be eaten 24/7 all year round as an accompaniment to Thanksgiving pie and/or the birthday cakes of those who celebrate over the winter (umh, me). But I think everyone needs to know just how easy-peasy ice cream making can be when you do so via the no-churn method that I am going to share with you here. Perhaps you’ve been hearing rumblings abut no-churn ice cream, and perhaps you even know exactly what it is, but until you have made it (preferably with a swirl of homemade fruit compote throughout) I will not rest easy. That’s why I have this no-churn red currant ice cream for you. 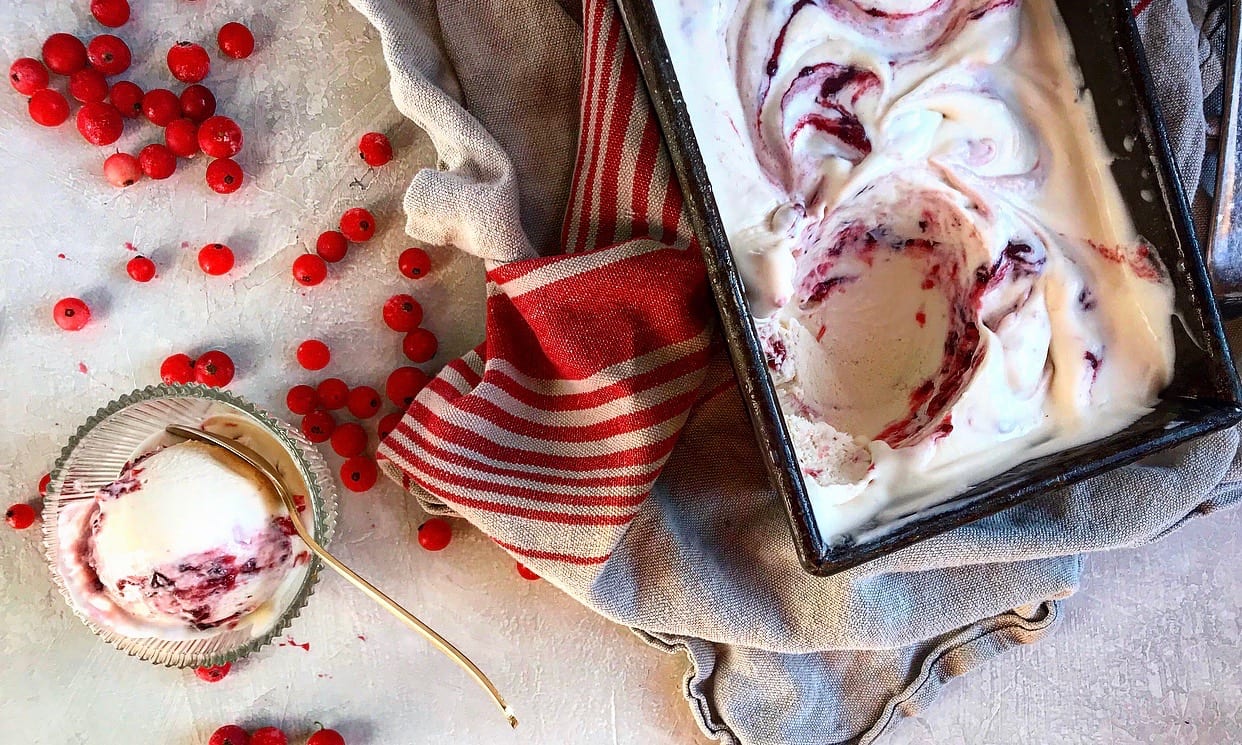 So, here’s the skinny about no-churn ice cream: first, it is unbelievably easy and incredibly fast to make. In other words, no-churn ice cream is the ultimate SIMPLE SWEET (and if I’ve said it once, I’ve said it a million times: simple is my jam . . .). Second, it has the most magical texture and creaminess that is so “ice-cream like,” there is no question you will fool the masses (and by “masses” I mean your friends and family). The stuff is so dreamy, in fact, that I have found it does not get ice-crystal-y, even after a long stint in the freezer like other homemade ice cream does (due to its lack of stabilizers, etc.). And third, all you need is a food processor (my preferred no-churn ice cream making appliance) and a loaf pan. 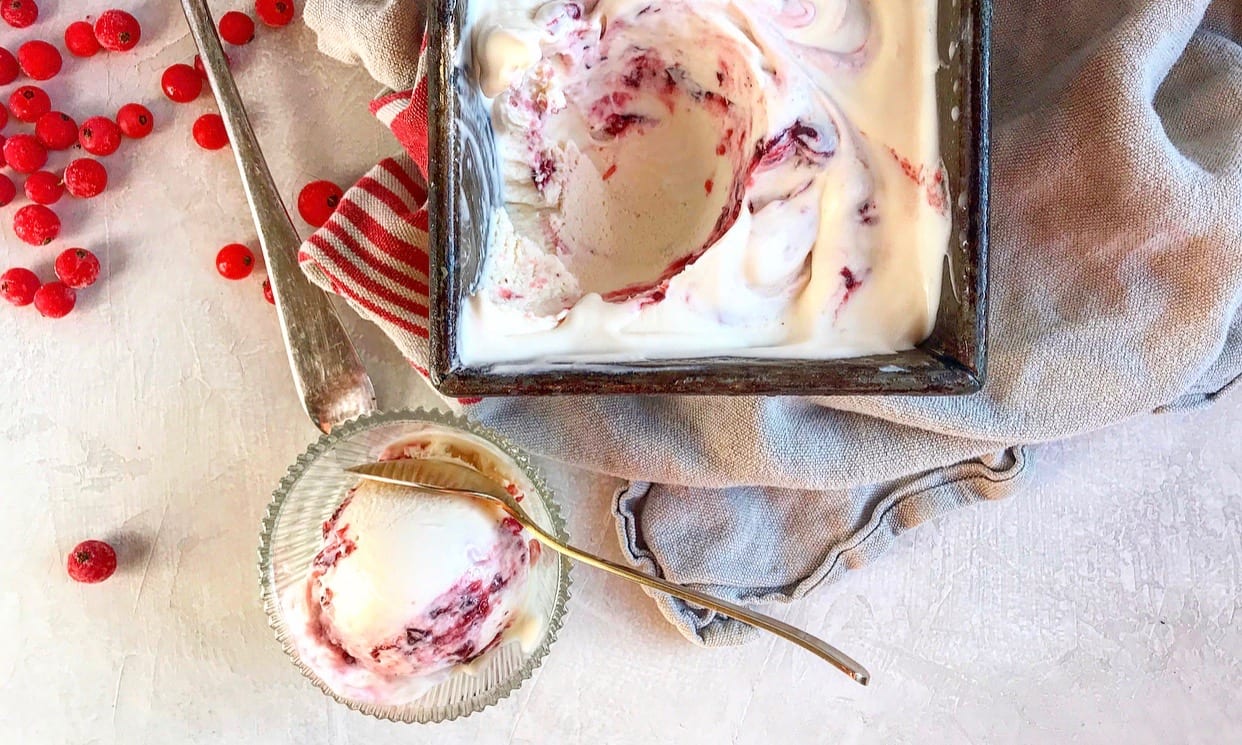 Calling for a food processor, honestly, is a bit of genius on my part. Just sayin’. Most recipes call for blenders or stand/hand mixers, but the first step when making no-churn ice cream is to make whipped cream, and whipped cream in the food processor makes for a dense and stable whipped cream that I think is just perfect in a no-churn ice cream. You then add a can of sweetened condensed milk (sweetened condensed milk is basically THE ingredient in no-churn ice cream, and all recipes call for it). I then add a bit of evaporated milk to mine, as I think it contributes to the ice cream’s milky flavor, and whatever flavorings I happen to be playing around with — in this instance 3/4 of a cup of currant compote. The mixture is then placed in a chilled loaf pan, wrapped in plastic wrap and frozen for about 5 hours to overnight and the resultant treat is one worth raving about and sharing with all those you love, as well as those you just want to impress. 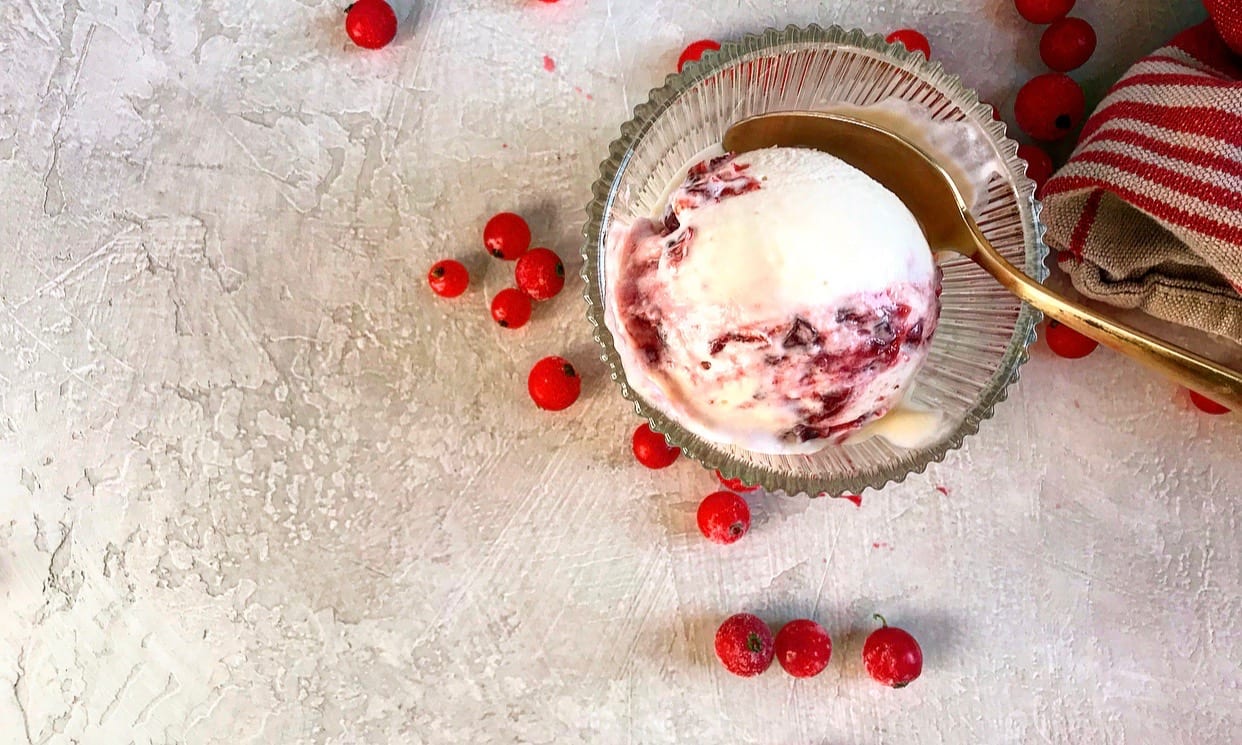 And a word about the compote: let’s just say you do not happen to have bags upon bags of frozen red currants in your freezer, as I do. NO WORRIES. Substitute any berry you would like for the currants and go to town. You may need to adjust the amount of sugar that you need for the compote, as red currants are very tart, but you kind of can’t go wrong here, as the fruit swirl making its way through your ice cream, is going to knock your socks off, regardless of its flavor. 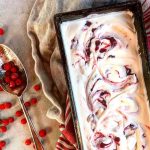 Thanks for subscribing! Please check your inbox to confirm your subscription.
Fruit Desserts Ice Cream