I’m not going to lie: this shortcake recipe was completely and totally a delicious accident. And by “accident” I do not mean I mistakenly put together a few ingredients and, voila, I was looking at shortcakes. No, what I mean is that it was born of a nerdy, research-filled foray into the world of biscuits, without a care in the world about shortcakes. But, as many of us know, the two are inextricably linked (essentially a biscuit becomes a short cake with the addition of sugar) and with my nose deep in a 1947 general foods corporation recipe pamphlet, learning a variety of tips and tricks for making biscuits, my eye caught the column of “delicious variations,” and, lo and behold, delicious variation number two was “fruit shortcakes.” 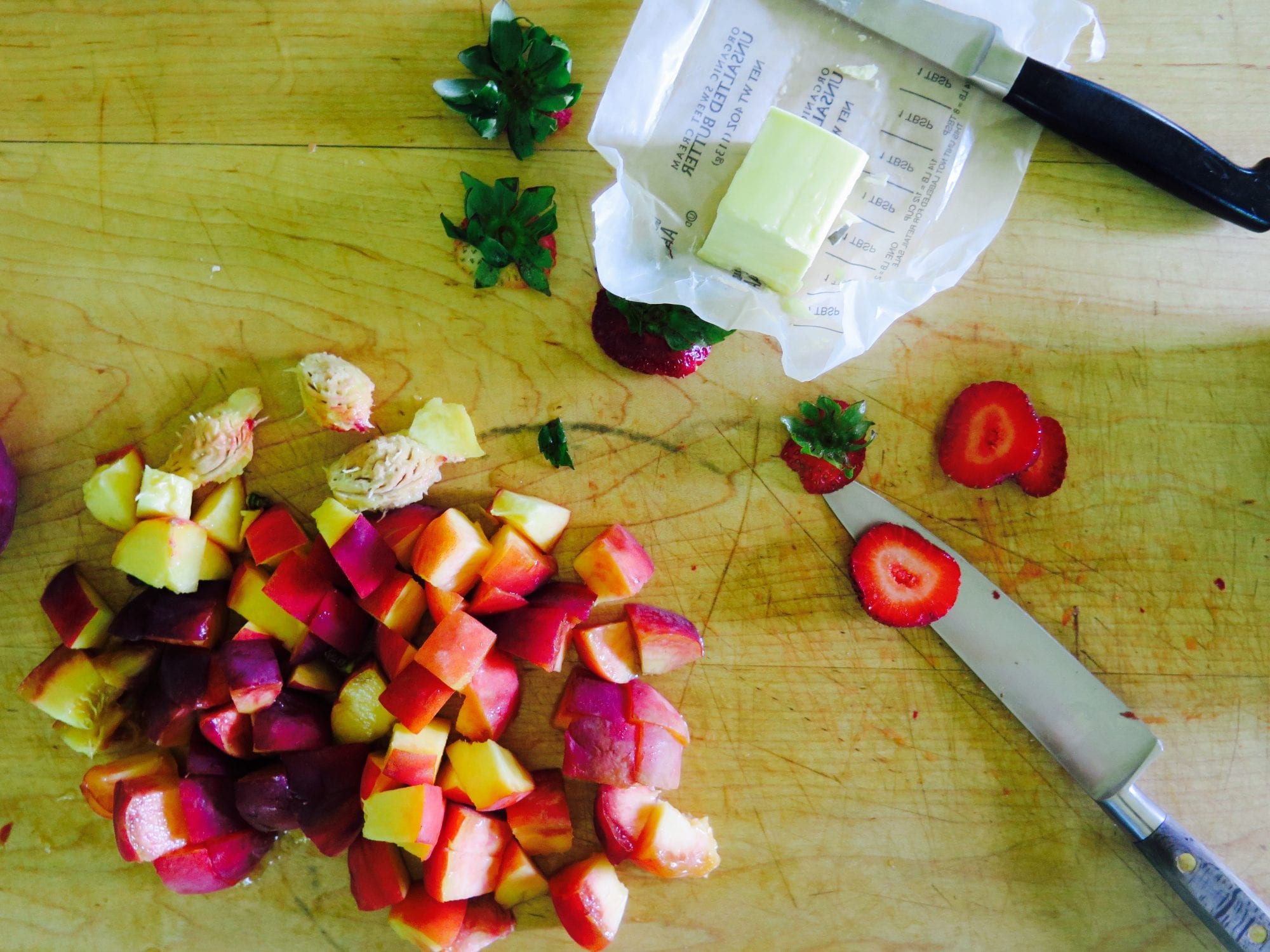 Now, I’m not new to the world of shortcakes, having previously developed a recipe for brown sugar short cakes, so the mere act of stumbling upon the “delicious variation” did not instantly translate into a decision to develop a recipe for them. However, when I began reading about the truly genius way that the shortcakes were baked and assembled, the writing was on the wall: a shortcake recipe was in my (and your) future. Essentially, rather than focus on making a tall biscuit/shortcake that you then split in half after baking and fill with cream and berries, the pamphlet recommends that you make two relatively flat biscuits, brush the tops with melted butter, stack them, and bake. When you remove them from the oven? The two halves have risen (obvs) and pull away from each other perfectly. I mean, that is brilliant, no? 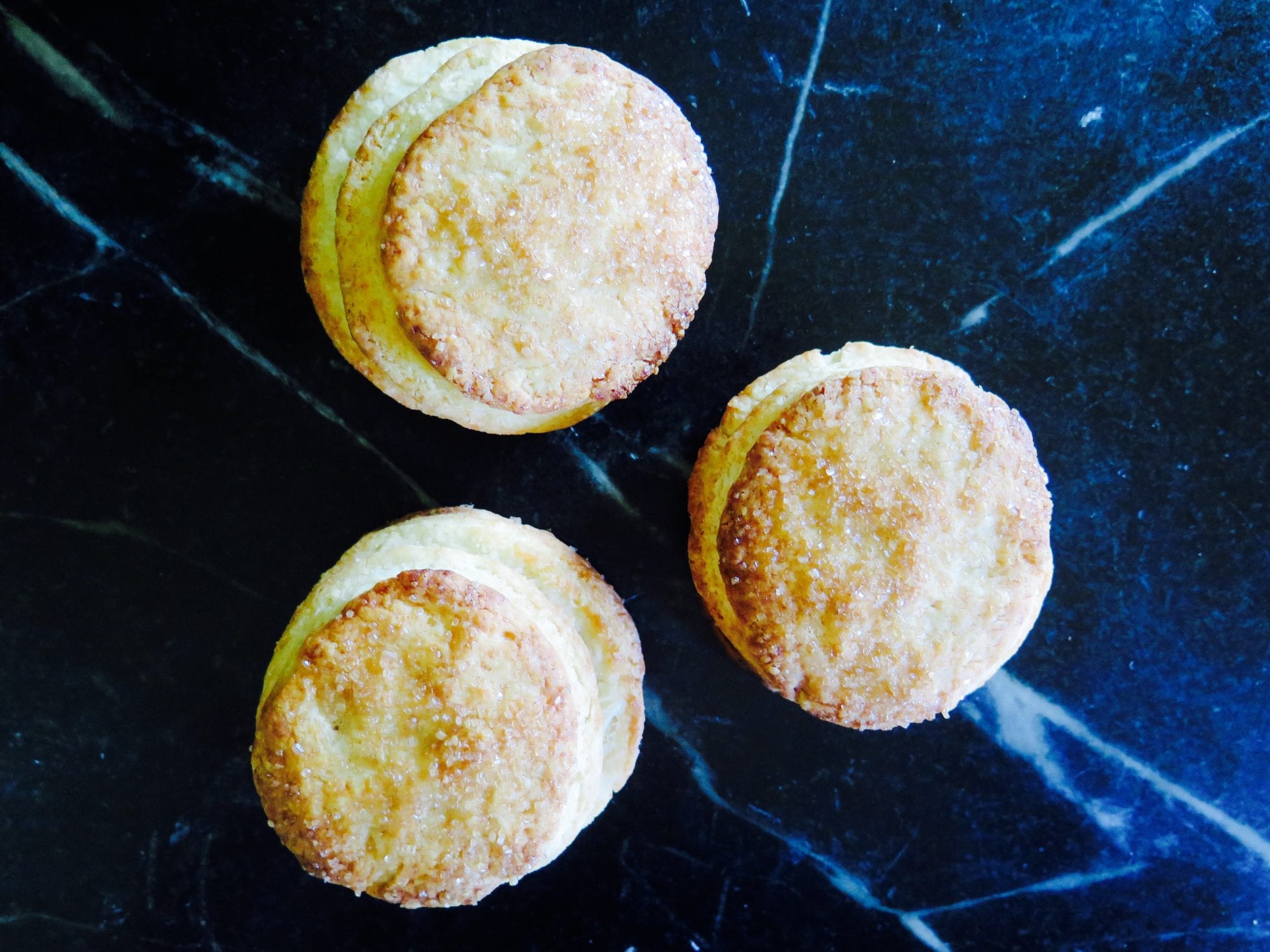 It is, in fact, reminiscent of the pull-apart nature of parker house rolls (or at least of my buttermilk parker house rolls). The two halves of the shortcake separate from one another, just as the rolls do from each other, revealing the fluffy and tender inside of each cake. “Yum” just about sums it up. Now, the recipe for said cakes was basically a no-brainer, as I just added some sugar and removed the cheese and pepper from my cacio e pepe biscuits and I had my shortcakes. (Although, I did look to Bon Appetit and David Lebovitz just to see what, if any, shortcake science was being dropped out there). 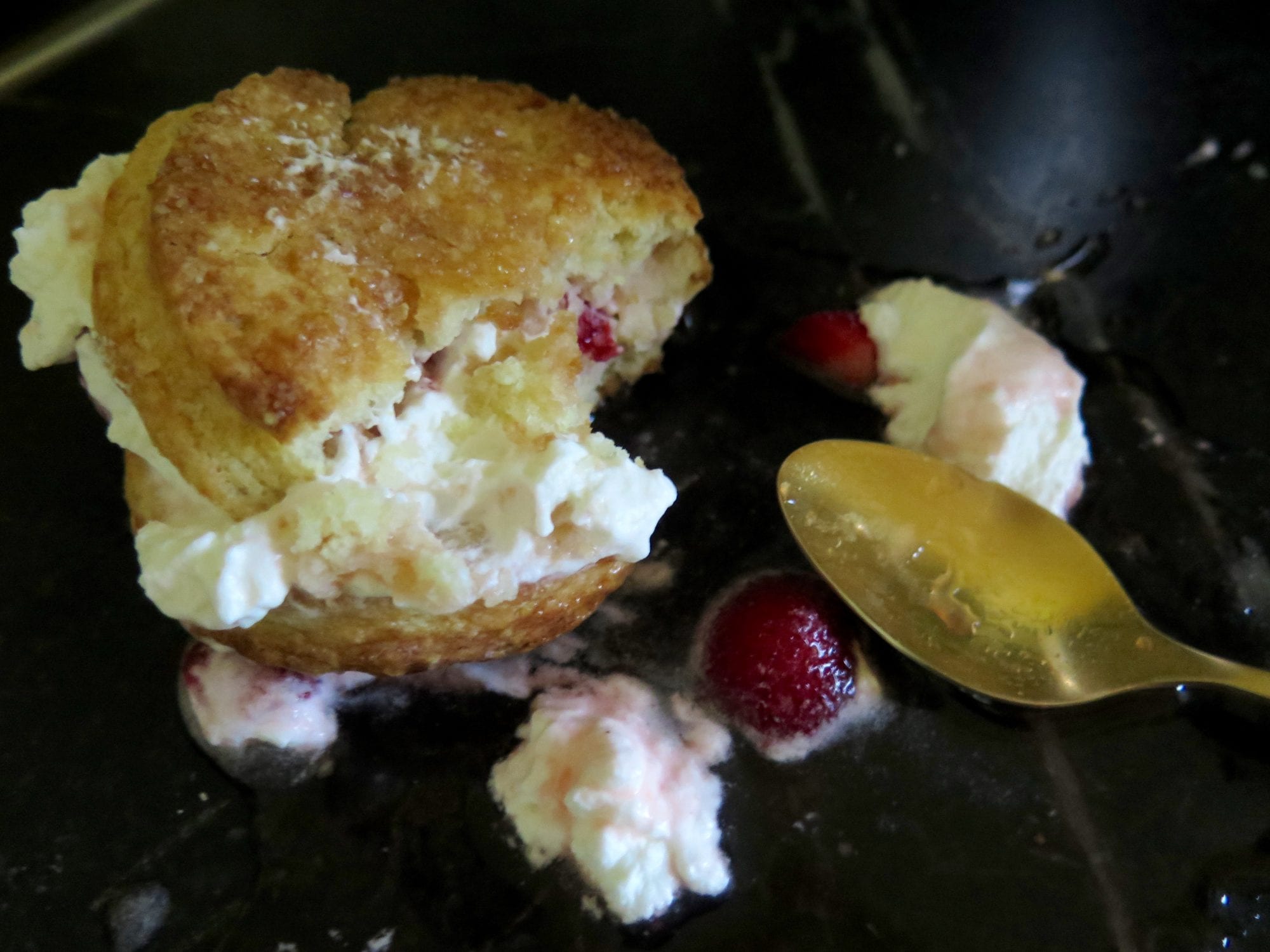 As for the peach and strawberry filling of my cakes? Well, that came about due to the fact that strawberries are still in the garden (although not for long . . .) and peaches are awfully yummy right now. But if you’re thinking this might be the most perfect of July 4th desserts  (FYI: you wouldn’t be wrong) then sub some blueberries for the peaches for a red, white, and blue kind of thing. You’ll get points for patriotism and deliciousness. 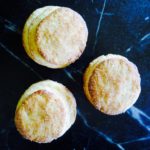 For the whipped cream

For make the filling

To make the shortcakes

To assemble the shortcakes