Every March I fly to Los Angeles  to eat In-N-Out burgers (double double animal style) and hang out with my best friend. Most years, I limit my LA food-related excursions to burgers and Korean bbq. But this past March, I shook things up a bit and went to Huckleberry. I had been pouring over their cookbook for a few months and it seemed like a good idea to check out the bakery. I won’t spend a lot of time telling you about what I ate, how I found it, etc. (if you’re eager to know, i’m happy to share!), but i will tell you this: I had a maple bacon biscuit while I was there that I have not forgotten. 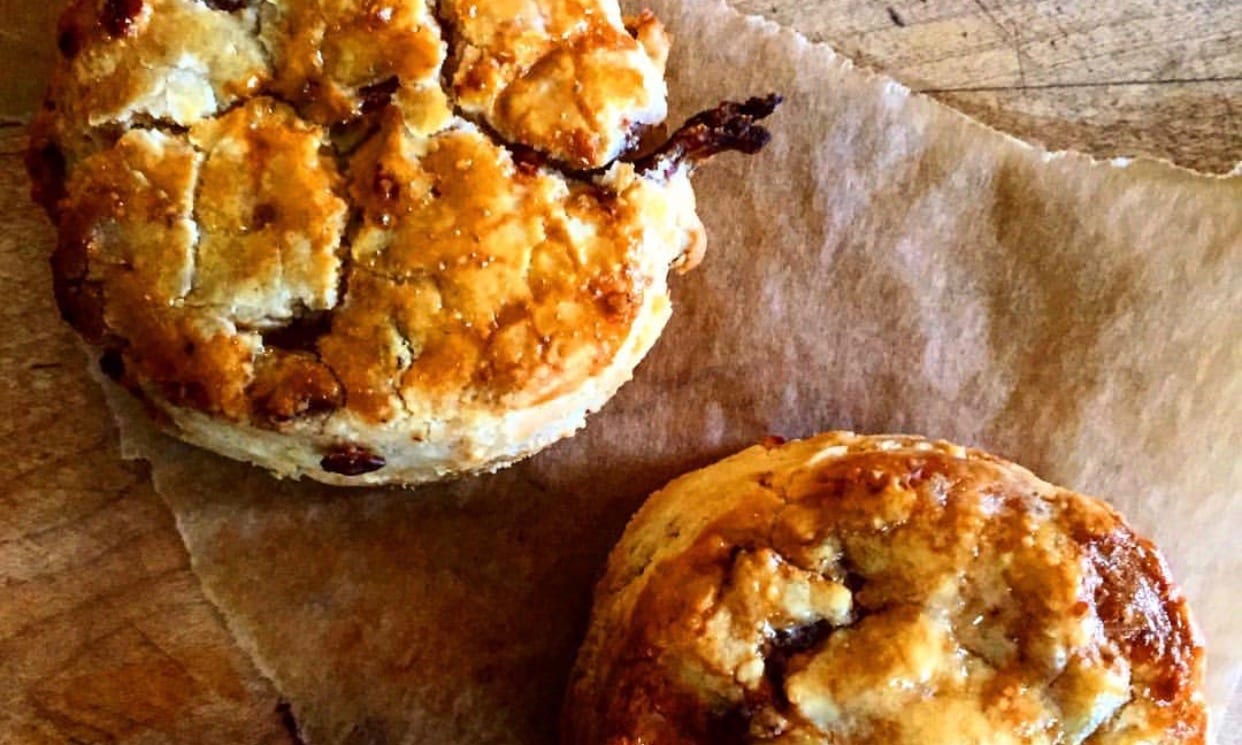 It was the perfect balance of sweet, salty and smoky in a crumbly and buttery package, and I loved it. When I got home, I wrote “maple bacon biscuit” into my notebook of must-make baked items, and called it a day. Cut to Monday when I was simultaneously paging though the aforementioned notebook, thinking about what I might blog about this week (that wouldn’t put me over the edge in light of it being the first week of school), and wondering what I’d be feeding my dinner guests come Saturday, and lo and behold, there was my scribbled note about Huckleberry’s biscuits, and my answer. Now because I have decided (for whatever asinine reason) that this blog (for now) will only include original recipes, I immediately took to my books to learn all the ins and outs of the fine art of maple-bacon-biscuit cookery. 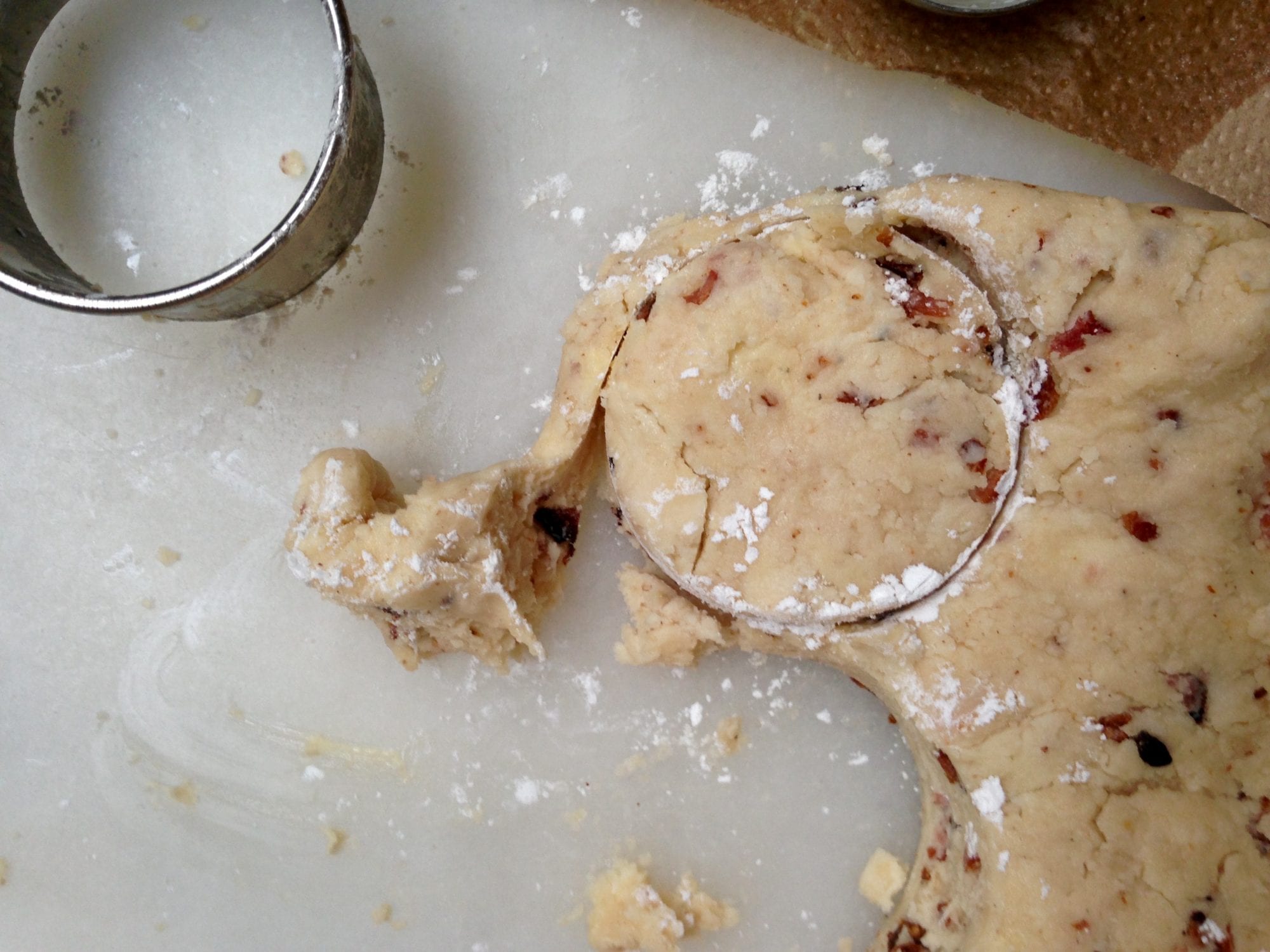 I spent some time with Huckleberry’s recipe for the aforementioned biscuits, with Smitten Kitchen’s recipe for the same, and with Shirley Corriher’s recipe for touch of grace biscuits (for the one billionth time) as I was thinking I might like to use some of my white lily flour for my maple bacon yumminess. The internet provided many (“slight”) adaptations of the Huckleberry and Smitten versions, but surprisingly very few (if any?) original ones, which was, of course, fine with me: I love a hole in the baking blogosphere. 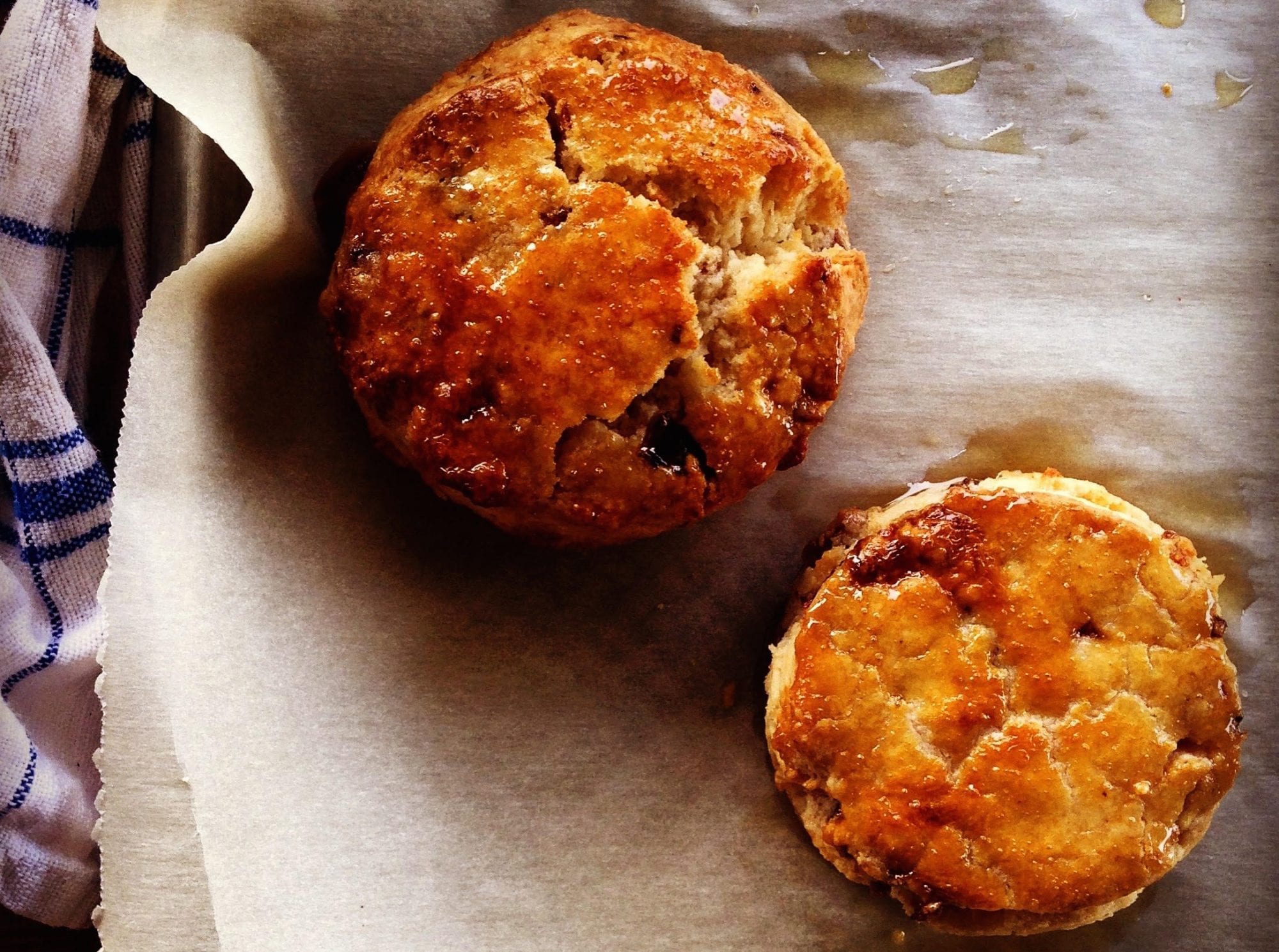 Here’s how I filled it: A maple bacon biscuit made with white lily flour (rather than regular all purpose), an excessive amount of squishy-crunchy (a scientific term coined by two food-scientists I live with) bacon (ie: bacon that has both crispy bits and fatty bits), butter, plus a bit of bacon fat, maple syrup (in the dough), as well as atop the just baked biscuit, and creme fraiche (cause why not? it works in my scones and moreover, creme fraiche and white lily in the same recipe?? need i say more?). The resulting biscuits were everything I had hoped for and more — uber bacon-y, uber maple-y, and uber-tender (due to the creme fraiche, I’m thinking). My 12-year-old resident taste-tester declared them superb, as did the woman who cuts my hair, and I’m pretty sure you will, too. 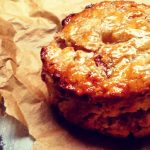 For The Egg Wash

This biscuit dough is pretty wet due to the syrup and bacon fat in the batter, so don't be alarmed! These babies rise, although perhaps not quite as tall as you are used to.
Thanks for subscribing! Please check your inbox to confirm your subscription.
Bread, Rolls, Doughnuts & Puffs Breakfast