I have been desperate to make an upside-down cake calling for fruit and marshmallows (yes, marshmallows) for some time now. Months ago, I read about such a cake, using rhubarb, on Edible Living, and although I had a bag of frozen rhubarb in my freezer just waiting to be combined with marshmallows (okay, maybe not exactly), I was trying to think outside the rhubarb box. I mused for a while about a cake made with berries and marshmallows, but became fixated with the brown speckled bananas on my counter, instead. 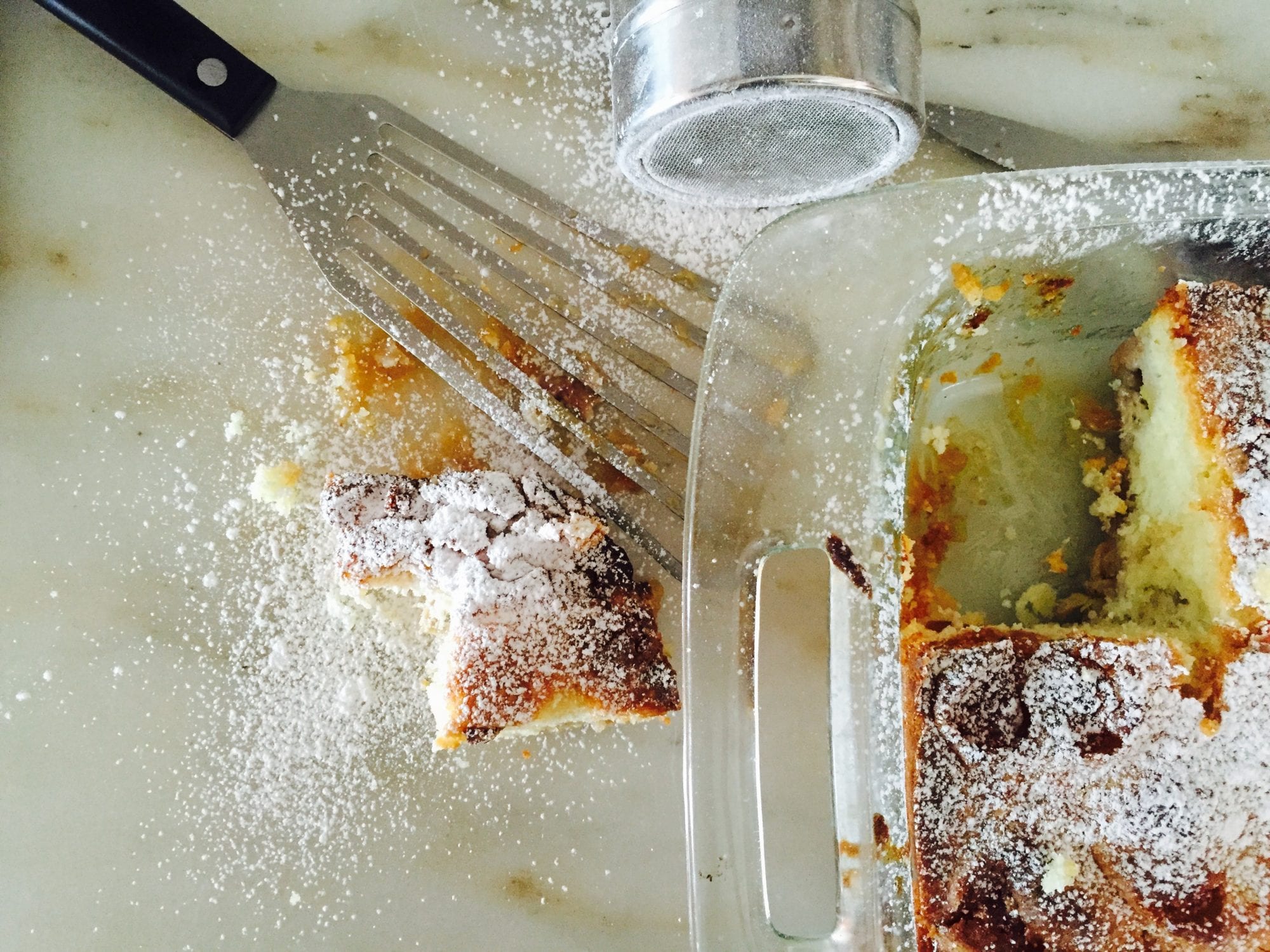 I kept thinking about a banana cream pudding I had at a school potluck last year and how amazingly creamy and delish the pudding was with the softened vanilla wafers and the chunks of bananas. Not to mention the fact that the banana rum icebox cake I developed for Icebox Cakes isn’t half bad either . . . but I digress. Essentially, I saw the bananas on the counter and wondered what a banana marshmallow upside-down cake might taste like, and decided to find out. I added brown sugar to the bananas for a caramel-y note, substituted some rum for the vanilla that I’d normally add to the cake, and combined a generous amount of sliced banana coins with an equally generous amount of mini marshmallows. 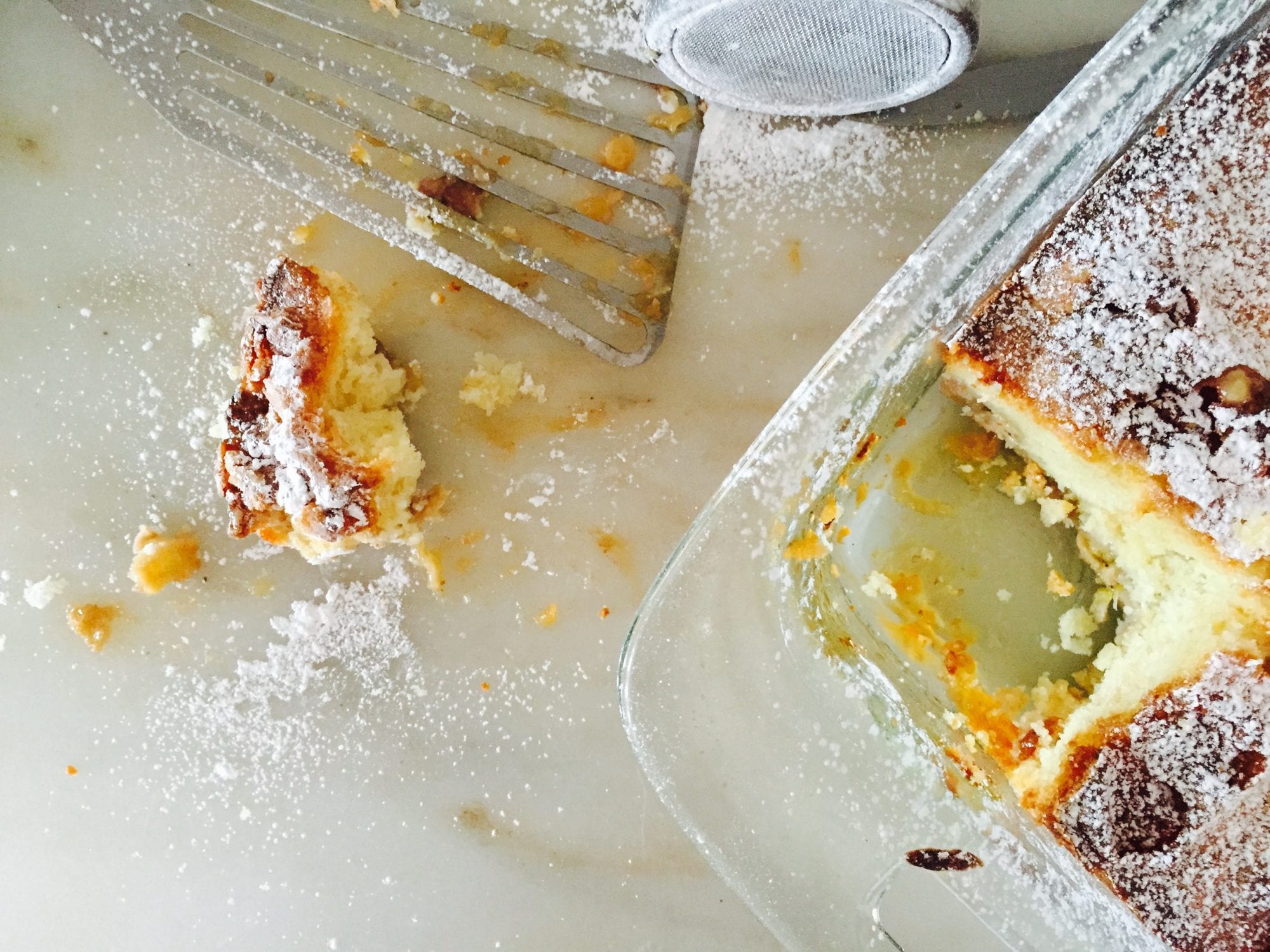 I covered the bottom of a baking pan with the bananas and marshmallows (this was going to be an upside-down cake after all) and topped that with a pale-yellow (oil-based) cake batter (I love an uber moist, oil-based cake). I popped it in a hot oven for almost an hour, and I could not have been happier with the results. The cake was as fluffy and moist as I had hoped, with pockets of crispy caramelization from the marshmallows. The bananas were jammy and sweet, flavoring the cake with the most wonderful caramel banana essence. I served pieces of the cake fruit-side up, with a scoop of vanilla ice cream. umh . . . yum? 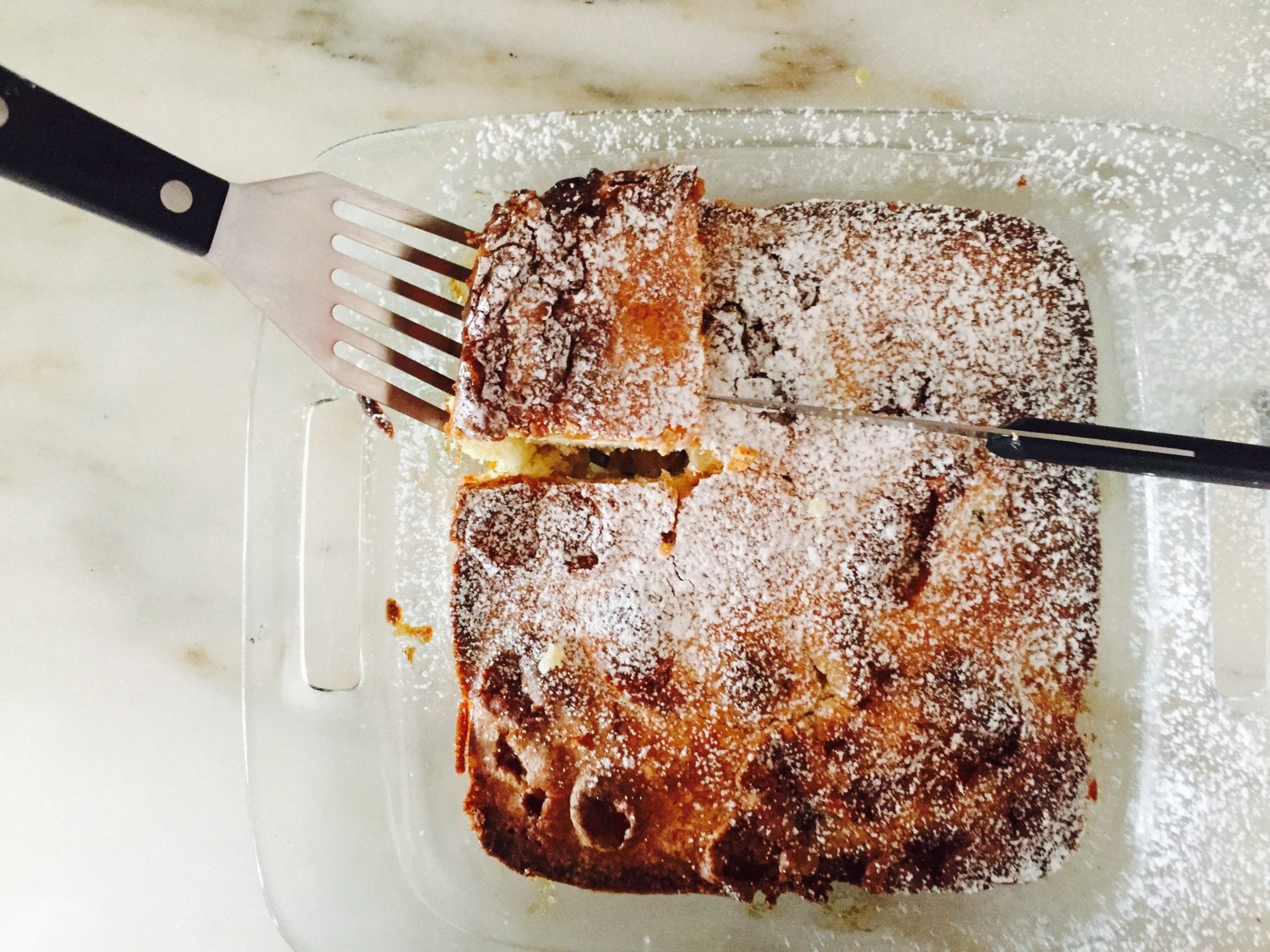 Truth be told, I did not give up on the berry marshmallow upside-down cake concept either. Instead, I gave that version of the cake a whirl as well. Honestly, it turned out to be SO damned good (I made it with raspberries), that i had to post my recipe for that one too. I’d say it’s a win/win all round. The more marshmallow upside-down cakes, the merrier. At least in my world. 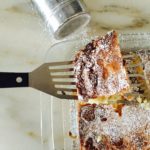