I’m not going to go into a big song and dance about why I decided to develop a recipe for apple cider doughnuts (it’s fall, people), but I will say that they are the only reason I take even a modicum of interest in apple picking. If your apple picking spot does not sell apple cider doughnuts — dusted in sugar, preferably warm, and in a brown paper bag for eating before, during and after picking, forgive me, but you’re at the wrong orchard. And I’ll say this too: I’m really fond of ALL doughnuts (not just the apple cider variety), and yet it has been over a year since I posted a recipe for them (my last doughnut post was for buttermilk bars — slightly sweet, somewhat tangy, delightfully bar-shaped doughnuts, coated with the most aromatic of vanilla bean glazes). Now, I can’t really explain how or why I let the many months of doughnut-less posts happen, but I can tell you this: The fall is not only bringing you apple cider fried-yumminess, I’ll also be sharing yeasted red-currant jam filled doughnuts in a week or so. Happy? Hope so! 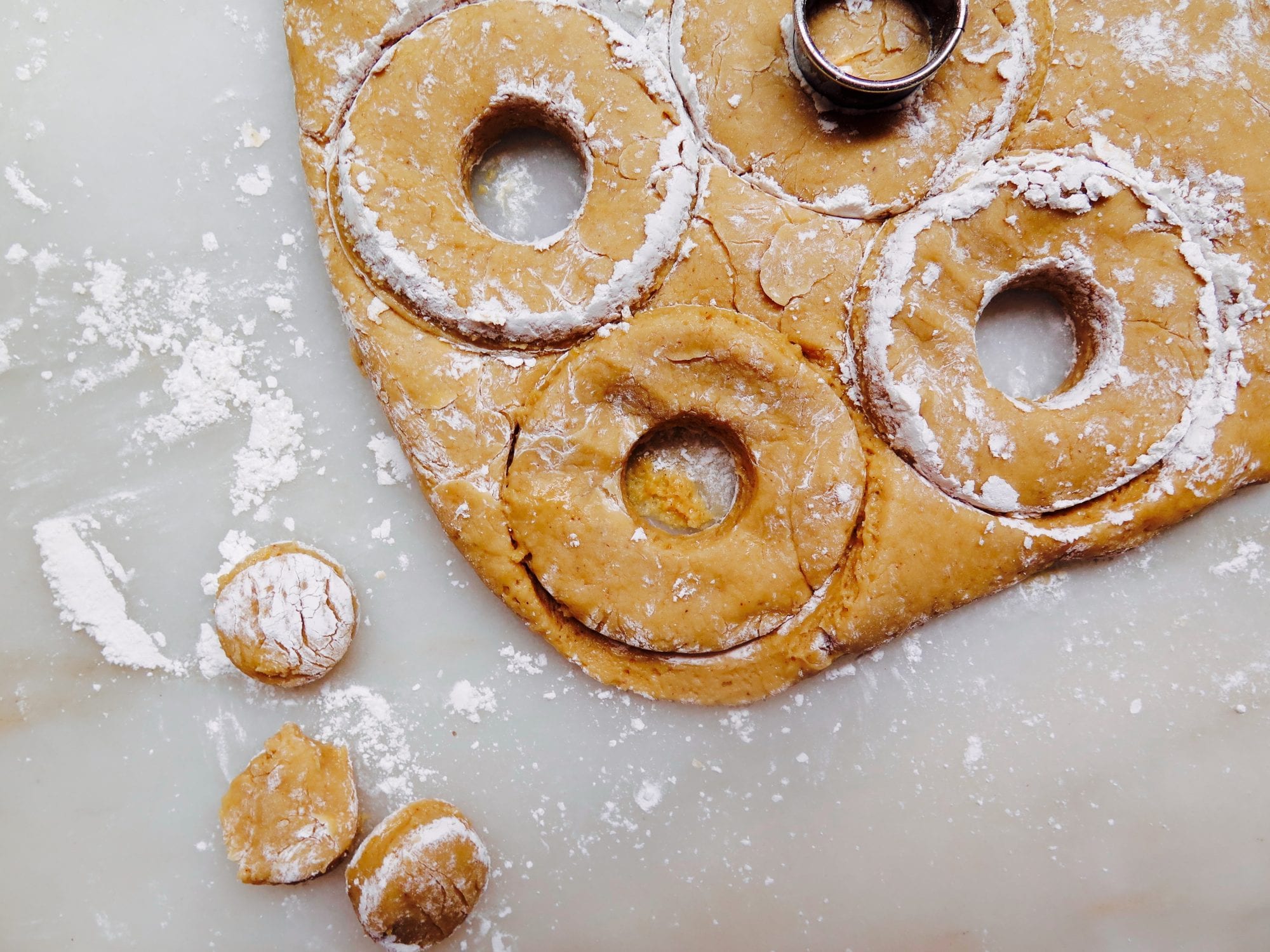 Developing this recipe was kind of a cinch, for a couple of reasons. First, the dough for my apple ciders is a tweaked version of the dough for my buttermilk bars. (I removed the vanilla paste and a bit of buttermilk, added spices and concentrated cider, and subbed some brown sugar for the granulated). Second, I had bookmarked two apple cider recipes kind of a long time ago (Smitten’s and Food 52’s/Apt. 2b Baking’s) and not only were the recipes super similar to each other (and to the one I was in the process of developing), but they also clued me into the fact that an apple cider doughnut is in fact nothing more than a buttermilk cake doughnut with some concentrated apple cider and a few spices — sorry if I’m bursting any bubbles here. 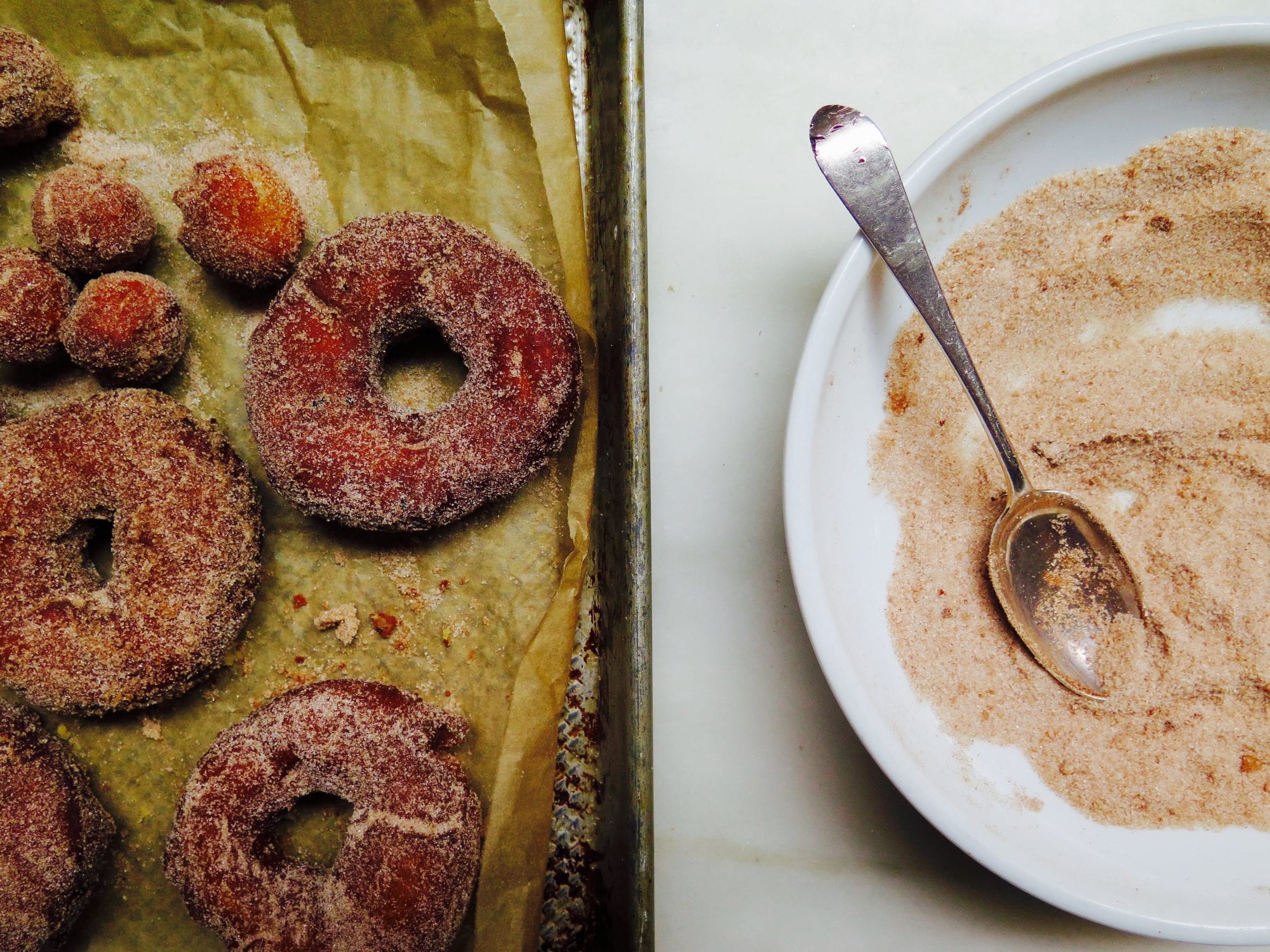 With this in mind, I concentrated my cider and went about my dough making, dough resting, dough shaping, and dough frying. I sprinkled my doughnuts with a cinnamon/sugar mix while still warm and popped one (or ten) of the doughnut holes in my mouth, as well as one (or five) of the actual doughnuts. The brown sugar in the dough gave the doughnuts the prettiest of hues, as well as a bit of a molasses tang and the addition of nutmeg and cinnamon, brought out the warm, subtle sweetness of the apple cider . . . kind of. In fact, although my doughnuts were deliciously spicy and tangy and sweet, I wasn’t getting a ton of apple flavor at all. Then it hit me: Apple cider doughnuts never really taste all that much like apples. They taste a whole lot like apple season, but actual apples? Not so much. And you know, the experts (aka a food writer for the Washington Post) agree with me. Unless, of course, you choose to use boiled cider, rather than concentrated cider, in your recipe. Then my friend, you will have apple flavored doughnuts. 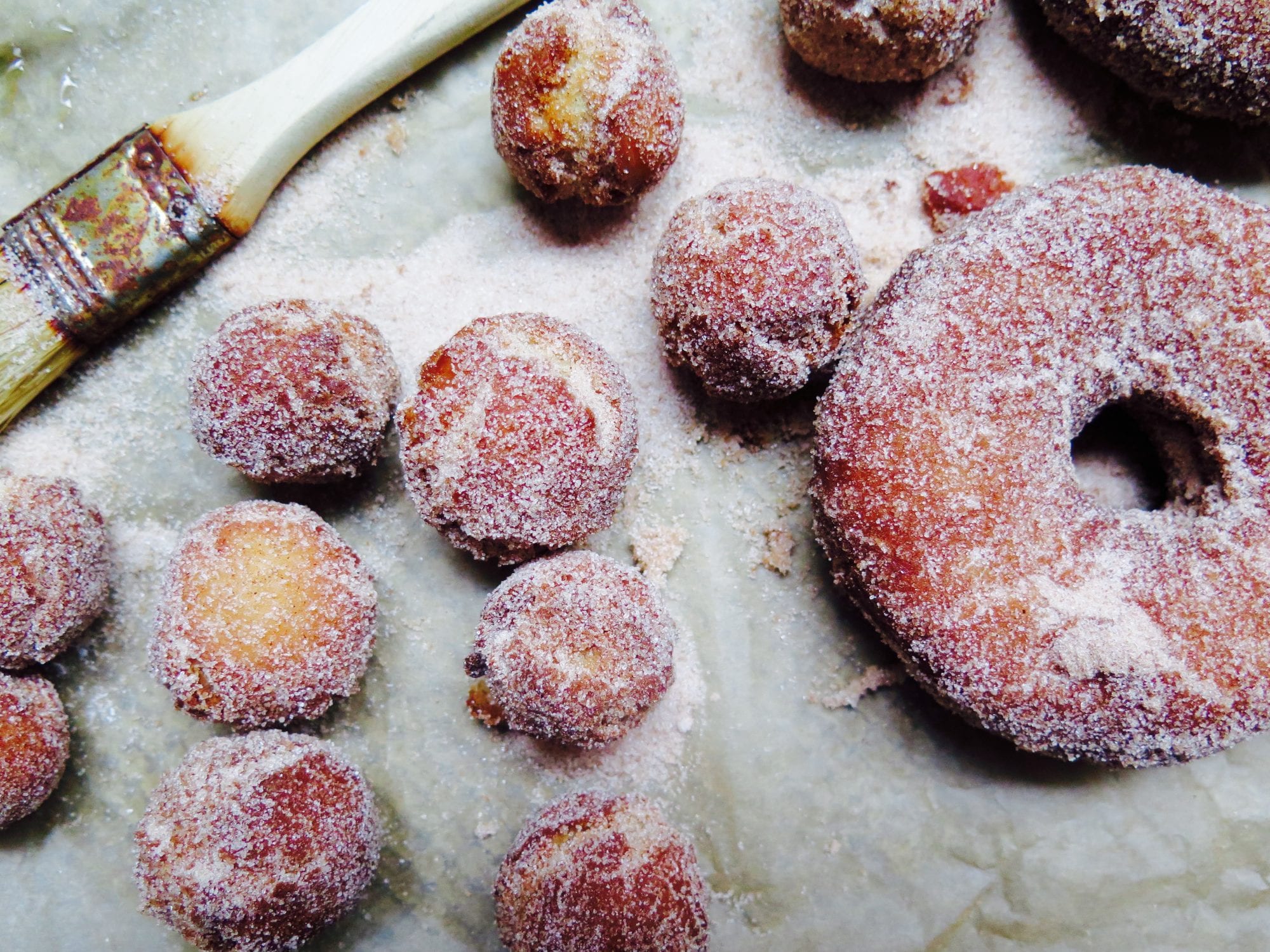 So I leave you with this: These apple cider doughnuts will satisfy your hankering for the spicy sweetness of one of fall’s most delectable treats. No, they will not knock you over with their apple-flavor. But with their warmth, and tang and crunchy, sugar-coated exterior? Absolutely. And truth be told, I ordered some boiled cider from King Arthur, and once it arrives, I will be making yet another batch of these beauties using it instead of concentrated cider. I cannot wait to tell you all about it. 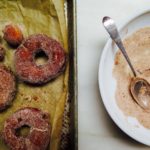 To make the doughnuts

To make the coating

To fry the doughnuts

Hi, yeah, I’m kinda sorta falling in love with your donuts. Sorry if that’s weird. Going to be the PERFECT weekend breakfast!

Yay! Not weird at all. I love that they sound yummy to you!!!