I have never been a big fan of pumpkin. I don’t fancy a pumpkin pie, pumpkin soup, a pumpkin cheesecake, or even a pumpkin bread. But a pumpkin whoopie pie? Those, I have to say, I kind of really love. Whoopie pies are hands-down one of my favorite things. I adore the ratio of filling (ie: frosting) to pie (ie: cake). I love the size, the portability, and the easy prep. When I worked at the bakery, we made a lot of whoopie pies. Back then (yes, this was about 100 years ago) whoopie pies were just beginning their comeback (although, in my mind, they were never gone) and Baked offered a variety of flavors (as they still do). Chocolate whoopie pies were, of course, my favorite, but I have to say the pumpkin ones totally won me over. 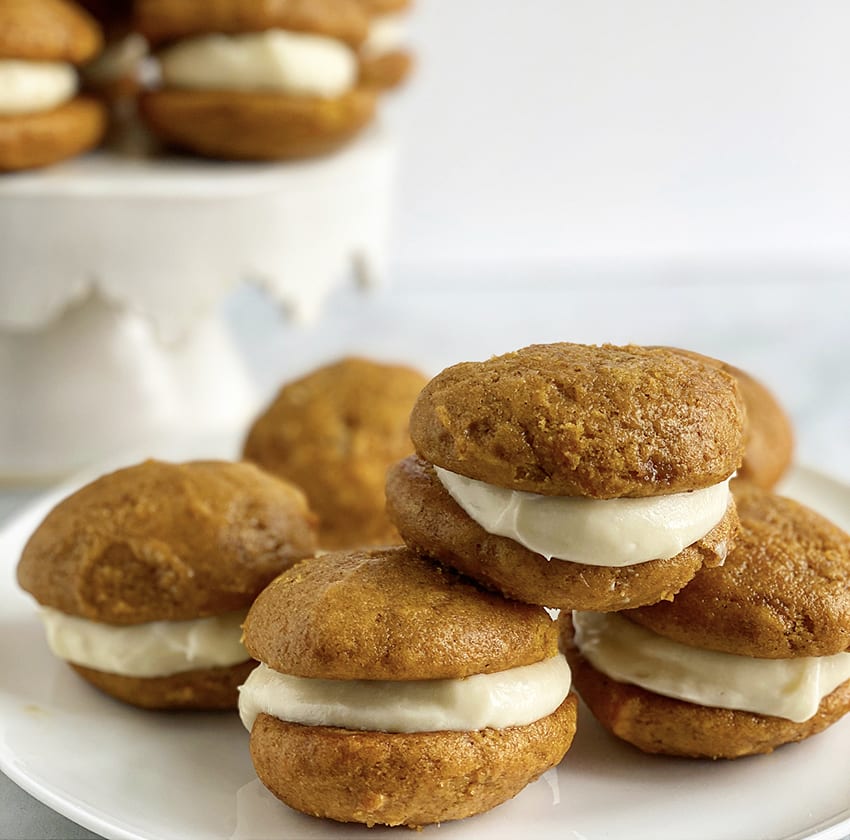 The lightly spiced, super moist cakes, filled with cream cheese frosting, made me reevaluate pumpkin altogether. Okay, “reevaluate” might be a stretch (I wasn’t running off to bake a pumpkin cheesecake, or anything brazen like that), but it certainly got me making pumpkin whoopie pies at home on a relatively frequent basis. I made them for Thanksgiving and xmas cookie swaps. I brought them to dinner parties and served them instead of cake for a friend’s winter bday. And I always used the baked recipe, the one we worked from in the bakery. And the whoopie pie recipe memorialized in  Matt and Nato’s first book. Until now, that is. 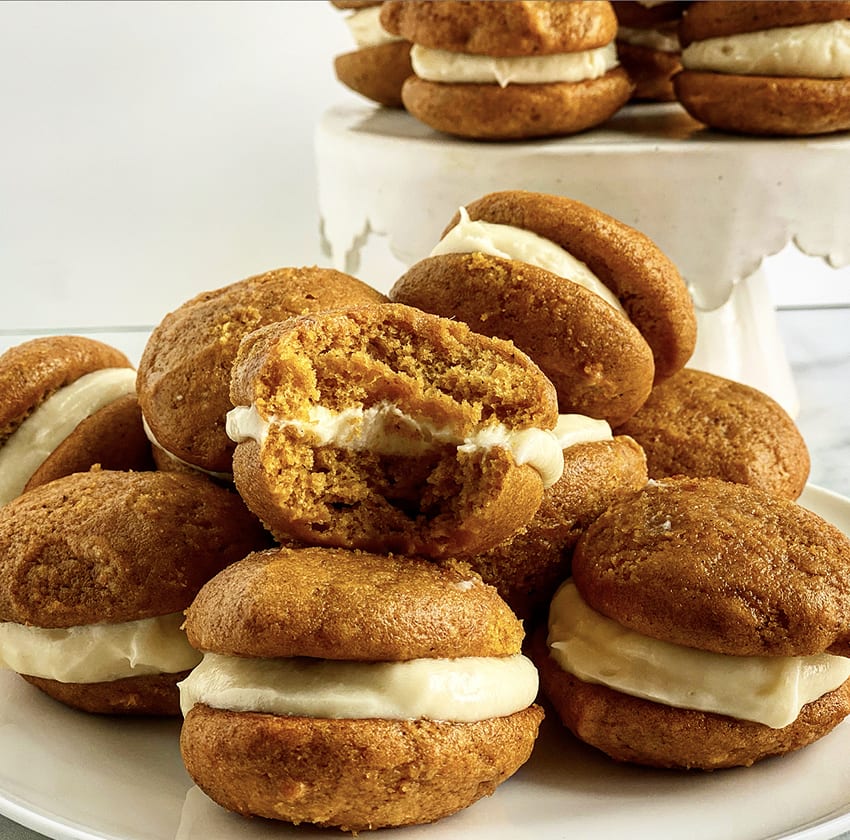 Cut to a few weeks ago, when I was all set to make chocolate whoopie pies for the taste testers’ school harvest festival, when the 12 year old tester asked if I could make pumpkin ones instead. At first I balked (I love the guy, but my thing for chocolate whoopies is no joke). But then, three things: I’m a sucker for a kid with a specific dessert request, I liked the prospect of making something seasonal (I was baking them for a harvest festival, no less) and I always love the opportunity to develop my own recipe for an old favorite. 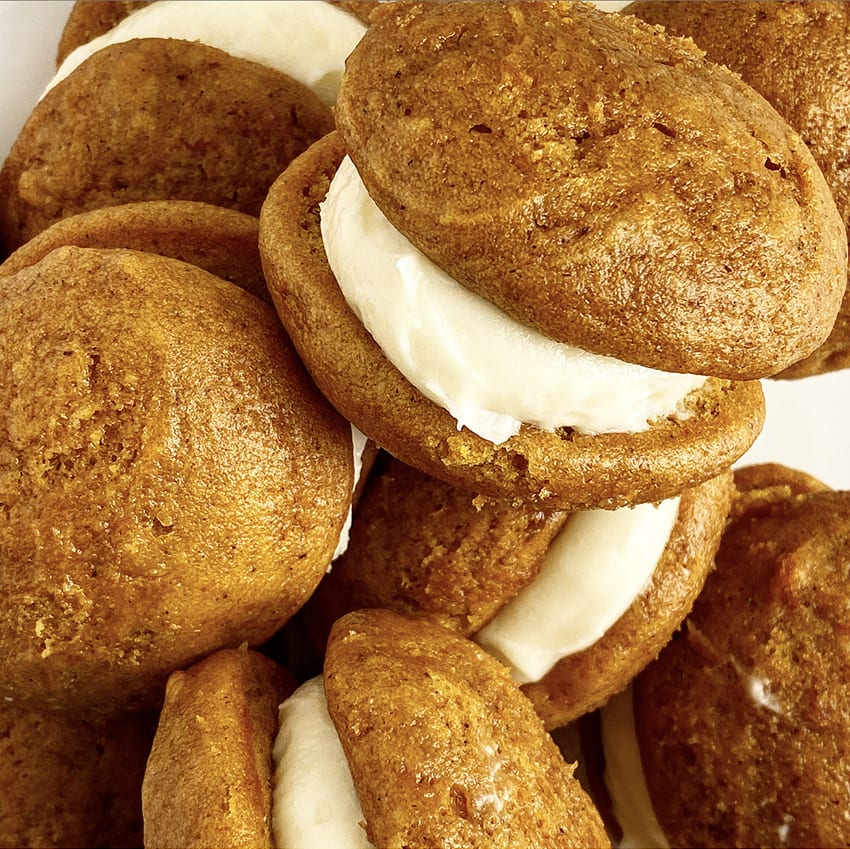 Pumpkin whoopie pie recipe research immediately ensued. I knew the Baked recipe backwards and forwards and used it as my jumping off point. However, I quickly surmised that many/all of the recipes for pumpkin whoopies that I stumbled/jumped upon deviated in only the tiniest of ways from Baked’s. I spent some time, despite my initial finding, searching for recipes that differed, and went to work on my own. I amped up the leavening (I like a tall whoop) and the spices in mine, decided on a combo of granulated and brown sugar, added a yolk for moisture, and extra vanilla, to enhance all those lovely pumpkin-y flavors that said whoops had taught me to embrace. And for good measure, I spiced up my cream cheese frosting with a generous teaspoonful of cinnamon. The resulting pies were a huge hit at the festival, provided me with many a mom-point, and made me feel oh so seasonal. In a good way. 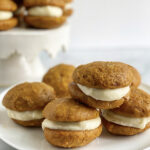 For the whoopie pies

To Make the Whoopie Pies

To Make The Filling

Thanks for subscribing! Please check your inbox to confirm your subscription.
Cakes Frosting Cinnamon Pumpkin

We dont have cans of pumpkin puree in uk. How can iake it from scratch please

Very nice! Although my pies didn’t rise as well as I can see in the photo depicted here! Otherwise very tasty 🙂

so sorry yours did not rise as much as mine but so glad they were tasty!