I know, I know, I know. How can I be posting another recipe for a pumpkin-based dessert when I made such a big deal about being anti-pumpkin? It’s hypocritical, I get it. But here’s the thing: my feelings about pumpkin put me solidly in the minority. I am basically surrounded by pumpkin lovers, and it was just Thanksgiving after all. Wouldn’t it have been weird if the person put in charge of desserts (aka: me) neglected to make something with pumpkin? (fyi: I feel the same way about apple pie. Thanksgiving is not Thanksgiving without one). 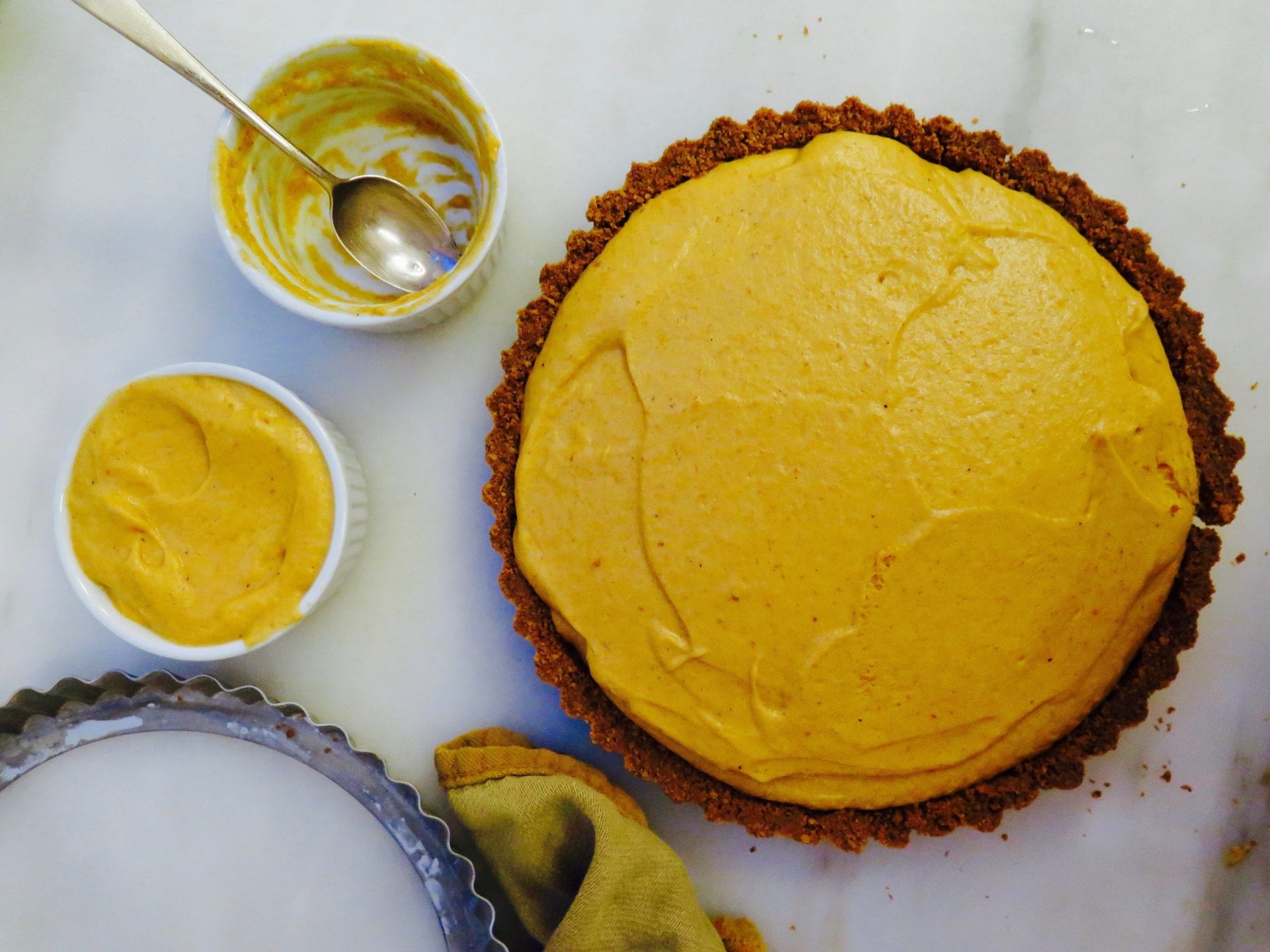 And there’s something else I have to share with you: Not unlike my pumpkin whoopie pies, this pumpkin mousse tart is a dessert for those of us who are not remotely interested in pumpkin pie. It is light and fluffy, pumpkin-y, yes, but in a remarkably understated way. The crust is made of gingersnaps and the topping is a thick layer of billowy cinnamon whipped cream. It’s basically a pudding pie, peeps, in absolutely the best way.

Two thanksgivings ago (my first time “hosting”), at my cousin’s suggestion, I made a pumpkin chiffon pie from a recipe she sent me — a recipe very similar to this Martha Stewart recipe, actually. I tweaked it just a tad, making it in a tart pan with a cookie crust, but mostly stuck closely to the original. It was delish and I made it again last year. This year, however, I threw caution to the wind and made the sucker my own. I looked to my cookbooks and the internet for just the tiniest bit of guidance, and not unlike with my whoopie pies, discovered that the recipe from my cousin was very much like every other recipe for pumpkin chiffon pie I stumbled upon.

And so I ventured forward, taking a little bit from one recipe, and a little bit from another. I added an extra white, for lightness, amped up all the spices (for, duh, spiciness), used sheet gelatin (I always did so in the bakery, but you can sub powered, if you so desire). I also added heavy cream — rather than milk — to my filling (for richness), and cinnamon to my whipped cream topping for a zing and for color. And peeps. This is probably the best dessert I made this Thanksgiving (and there was apple sour cherry pie, pecan chocolate bourbon pie, and a chai ginger caramel icebox cake on offer). Thanksgiving is behind us, yes, but the holiday season is just beginning and I know this is crazy for a pumpkin-neutral girl like me, but I see pumpkin on the table at an occasion or two more, at the very least. 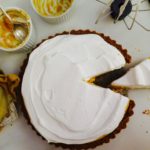 For the Gingersnap Crust

For the Pumpkin Mousse Filling

for the whipped cream topping

To Make The Crust

To Make The Filling

To make the Whipped Cream Topping

Thanks for subscribing! Please check your inbox to confirm your subscription.
Pies Pumpkin