I’m not even sure where I might have first tasted brownie pudding; a dessert that is — in essence — slightly gooey, undercooked brownies, slowly baked in a water bath, in a low-oven, until the top is crackly and the middle super moist and spoon-able. But i’m not sure it matters when I was introduced to the dessert. The point is, I love pudding almost as much as I love just-this-side of underdone brownies and the combo of the two with a drizzle of cream or vanilla ice cream (or both) is basically my ideal sweet treat. 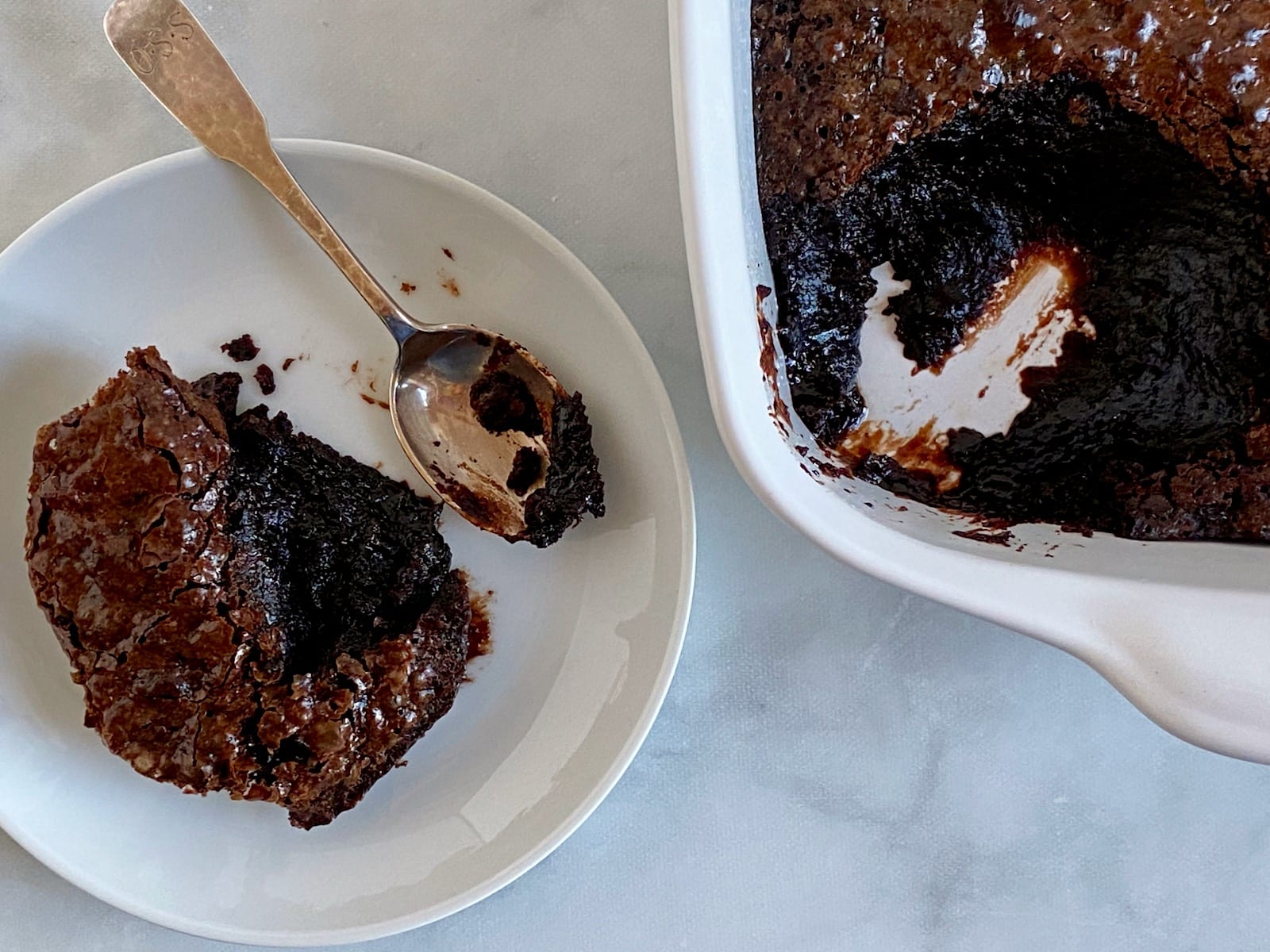 When I was a kid, my mom and I occasionally made a dessert called Muxie’s brownies (I know I’ve made a big deal about not growing up in a home teeming with homemade treats, but Muxie’s was the exception to the rule. Okay, that, and apple brown betty — but I digress). Muxie’s were undercooked brownies without the water bath and they were spectacularly gooey and delicious. My gluten free brownie pudding  borrows from Muxie’s, as well as from my own brownie recipe and, of course, baked’s. 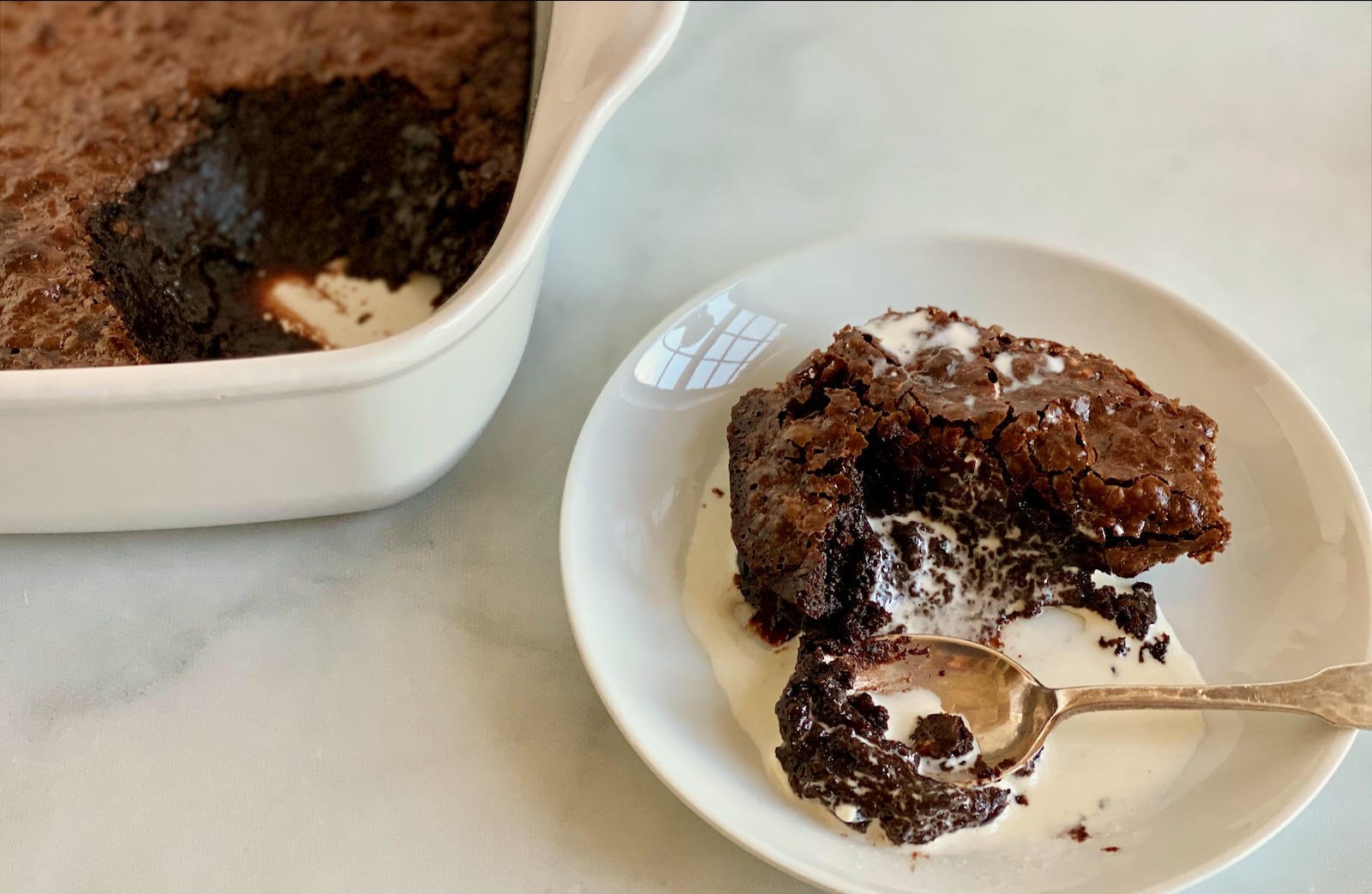 I used unsweetened chocolate, cocoa powder, espresso powder (for extra chocolate-y oompf), kind of a lot of eggs, butter, and brown plus white sugar. I embraced the idea of a water bath and an oven with a super low temp, and was all set to go with just the addition of a bit of flour when it hit me: all-purpose flour plays such a small role in the world of the brownie pudding, that why not just substitute something gluten-free? I use just the tiniest bit of potato starch in my flourless chocolate cake and decided to do the same here. 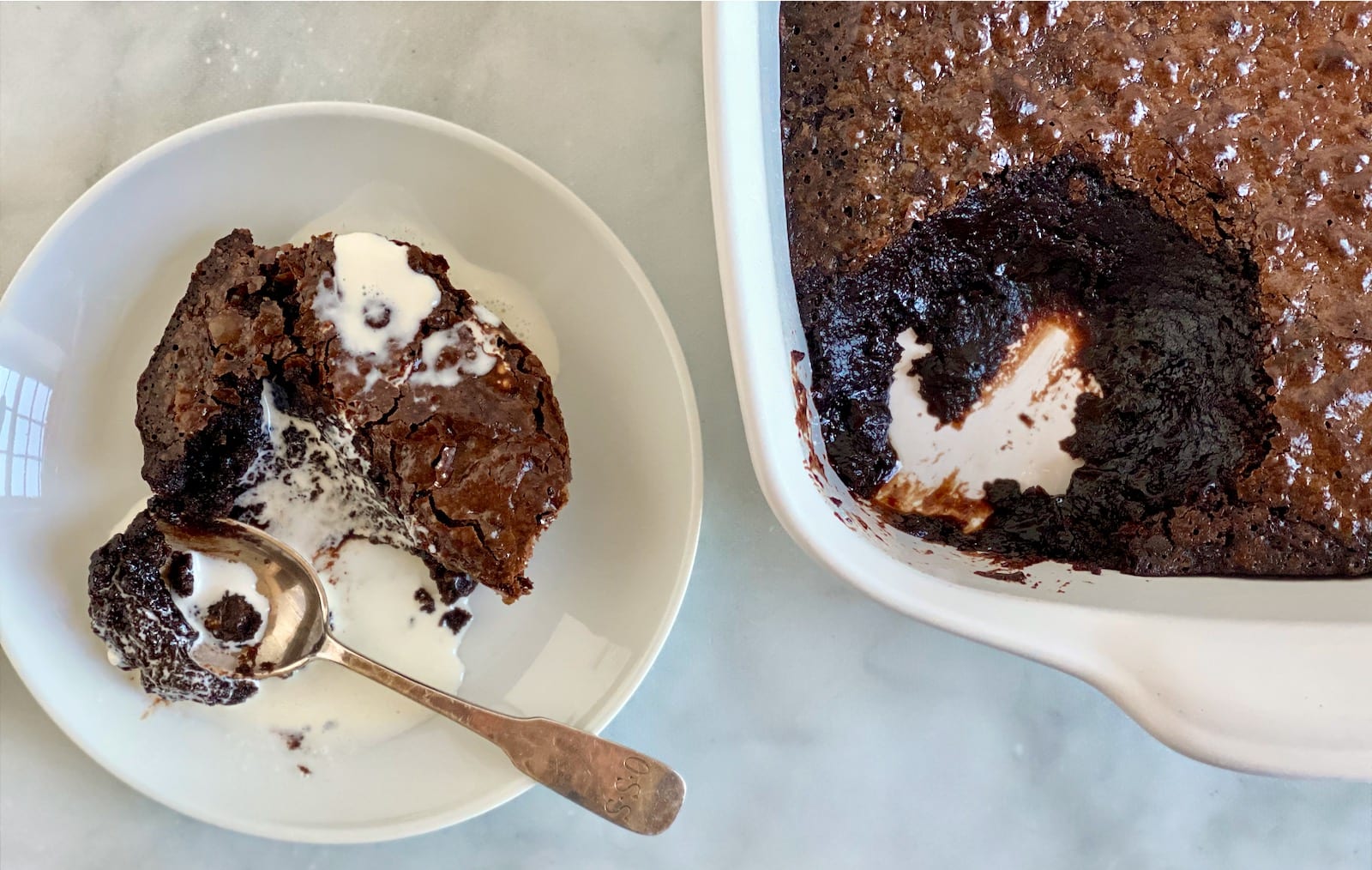 The technique, you ask, for making such gluten-free yumminess? It’s all about the gentle wielding of whisk and rubber spatula a la the baked brownie and all about not over-baking the pudding (I did so the third time I made it (on new year’s eve) and sad doesn’t come close to describe how I felt . . . Catatonic is more like it). The recipe is easy, the ingredients likely in your cupboard, the assembly a snap, the finished product homey and comforting, and deeply chocolate-y, and the absence of all purpose flour leaves me – at least – feeling just the tiniest bit virtuous. Pudding and virtue: all wrapped up together. Doesn’t get much better than that. 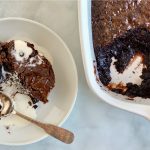 Thanks for subscribing! Please check your inbox to confirm your subscription.
Pudding Chocolate