Skip to the content
This uber-moist cake is studded with blueberries and topped with a crispy, buttery crumb.
Jump to Recipe Print Recipe

I’m keeping this one brief, here, peeps. There’s no reason not to, as the name of the recipe tells you all you need to know: blueberry buttermilk snack cake. Inspired by my mother-in-law’s blueberry buckle, a version of which I developed for baked occasions, this uber-moist cake is studded with blueberries and topped with a crispy, buttery crumb. It was one of my husband’s favorite treats growing up, made from a recipe that looks very much like this blueberry buckle recipe, and now my boys have deemed this blueberry buttermilk snack cake rendition one of their favorites, too. 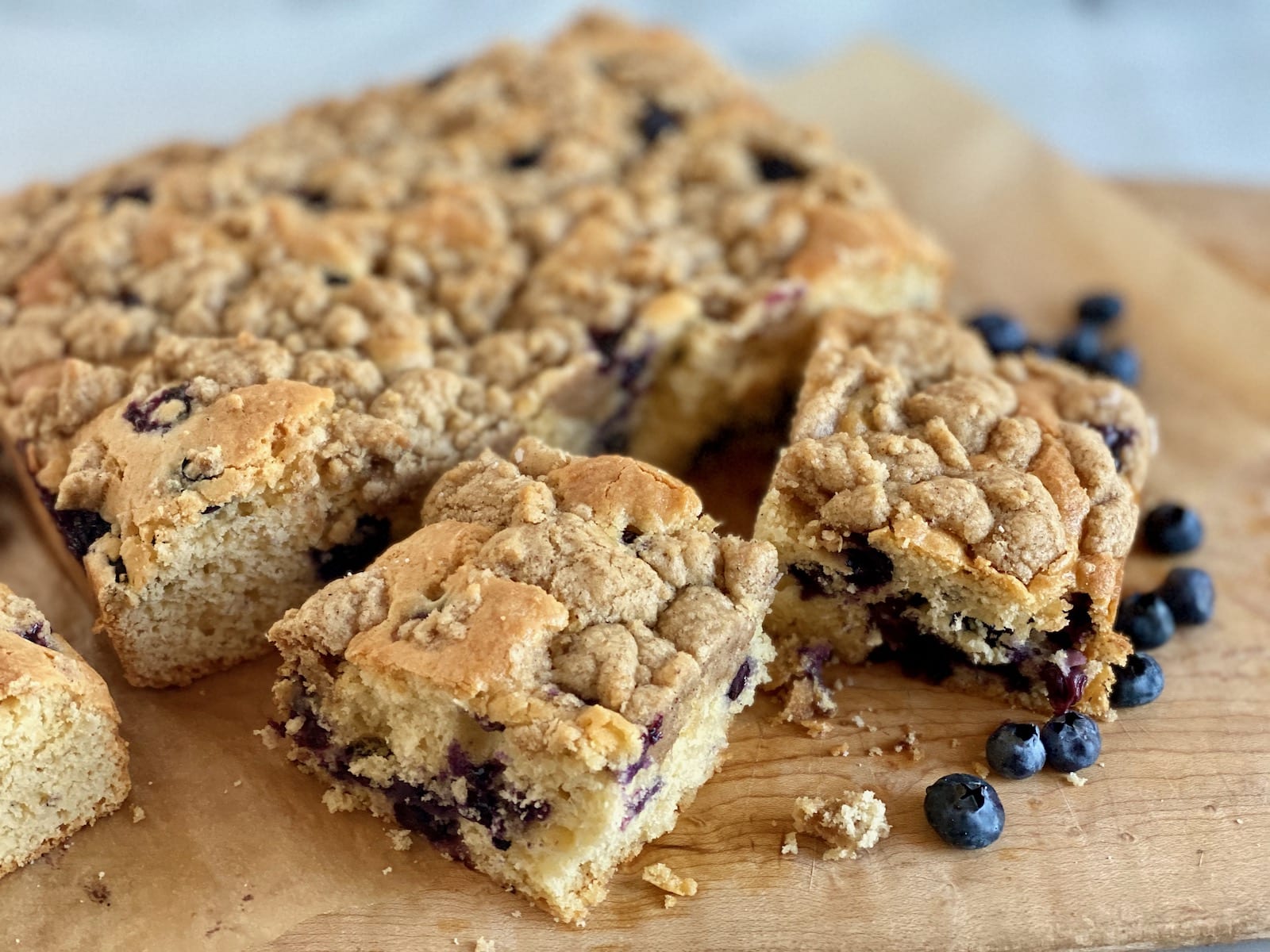 The internet is chock full of blueberry buckle recipes that differ almost not at all from one another, and so distinguishing mine from the masses did not prove too difficult. I call mine “snack cake,” rather than buckle, because it is made in an 8-by-8-inch square, rather than a bundt pan (but stuffed full of plump berries, and topped with a crumb that literally “buckles,” the difference is perhaps in name only). 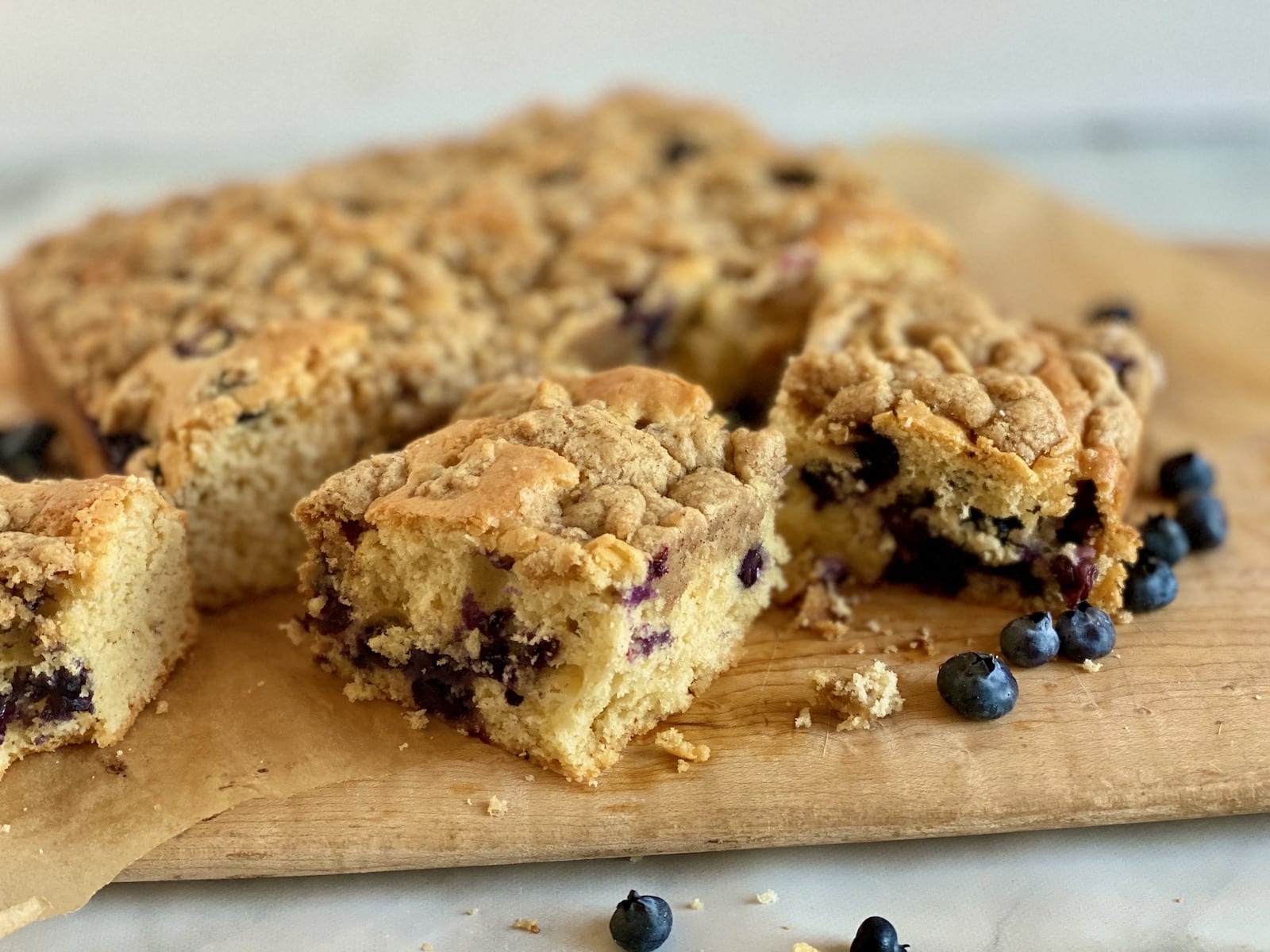 Substituting buttermilk for the milk that is in the majority of the recipes, seemed like an obvious move, as I love the combo of blueberries and buttermilk (think pancakes). I added a bit of oil for some of the butter to insure my cake was as moist as could be and added a yolk for the same reason. I used more brown, than white, sugar for that caramel-y flavor that it imparts. And cake, in addition to all purpose, flour, for a sturdy, yet soft, crumb. 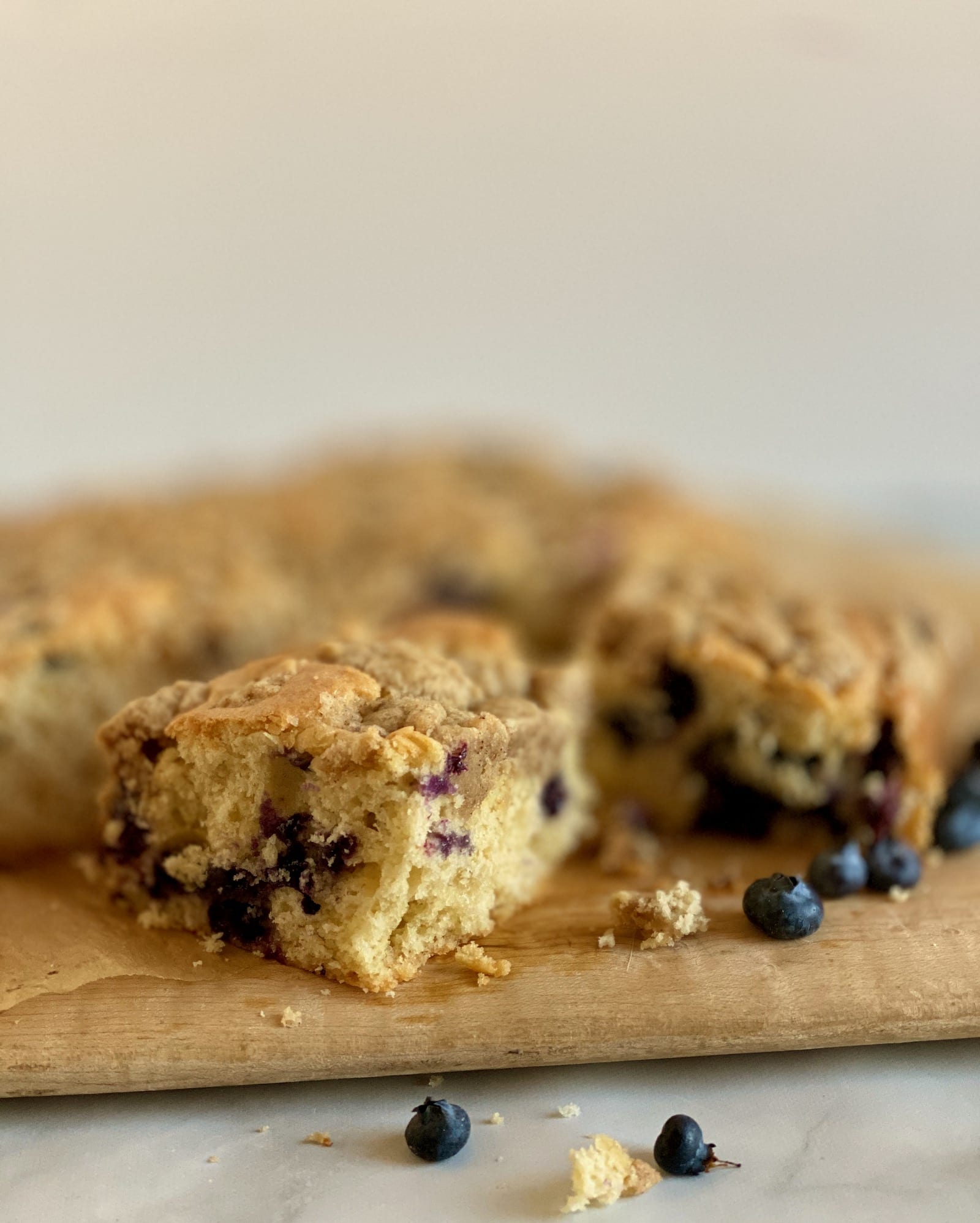 Much air was incorporated into my batter, with much beating, resulting in an awfully fluffy cake, bursting with purple-hued berries. I’m not going to lie: this cake is pretty. And tasty. And will likely take the coveted place of “favorite” amongst those lucky enough to share it with you. 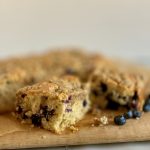 This uber-moist cake is studded with blueberries and topped with a crispy, buttery crumb.
Recipe Author Jessie Sheehan
Servings 12

for the crumb topping

to make the crumb topping

to make the cake

Thanks for subscribing! Please check your inbox to confirm your subscription.
Breakfast Cakes Fruit Desserts Blueberry

Could I use 2 cups cake flour rather than 1 cup of each?
Also, I’ve read that if you use some of the flour to roll the blueberries in before you add them to the batter, they all won’t sink. Do you do this in some fruit recipes? If so, does it really help?

i’d use two cups of all purpose instead. and yes – rolling the fruit in flour helps!

This is a delicious cake that I will be making for many years. I love that it is not overly sweet AND it is the perfect breakfast treat. After all it is loaded with blueberries. Thank you so much Jessie. Jo Jo

Yay! What great news. Makes me so happy. XO