Skip to the content
This gluten and dairy-free one bowl chocolate cake is uber-moist, chocolatey, and fudgy.
Jump to Recipe Print Recipe

Okay, so the making of this cake came about at a friend’s request. I am not — nor have I ever been — the person who would, left to her own devices, make a gluten and dairy free birthday cake. I’ve nothing against either the gluten-free or dairy-free sweets movement, but when I think about a sweet I want to make, I tend not to go in the what-can-I-“free”-this dessert-from direction. I think more about “with what can I encumber it?” More brown sugar? More egg yolks? More heavy cream? You get the idea. 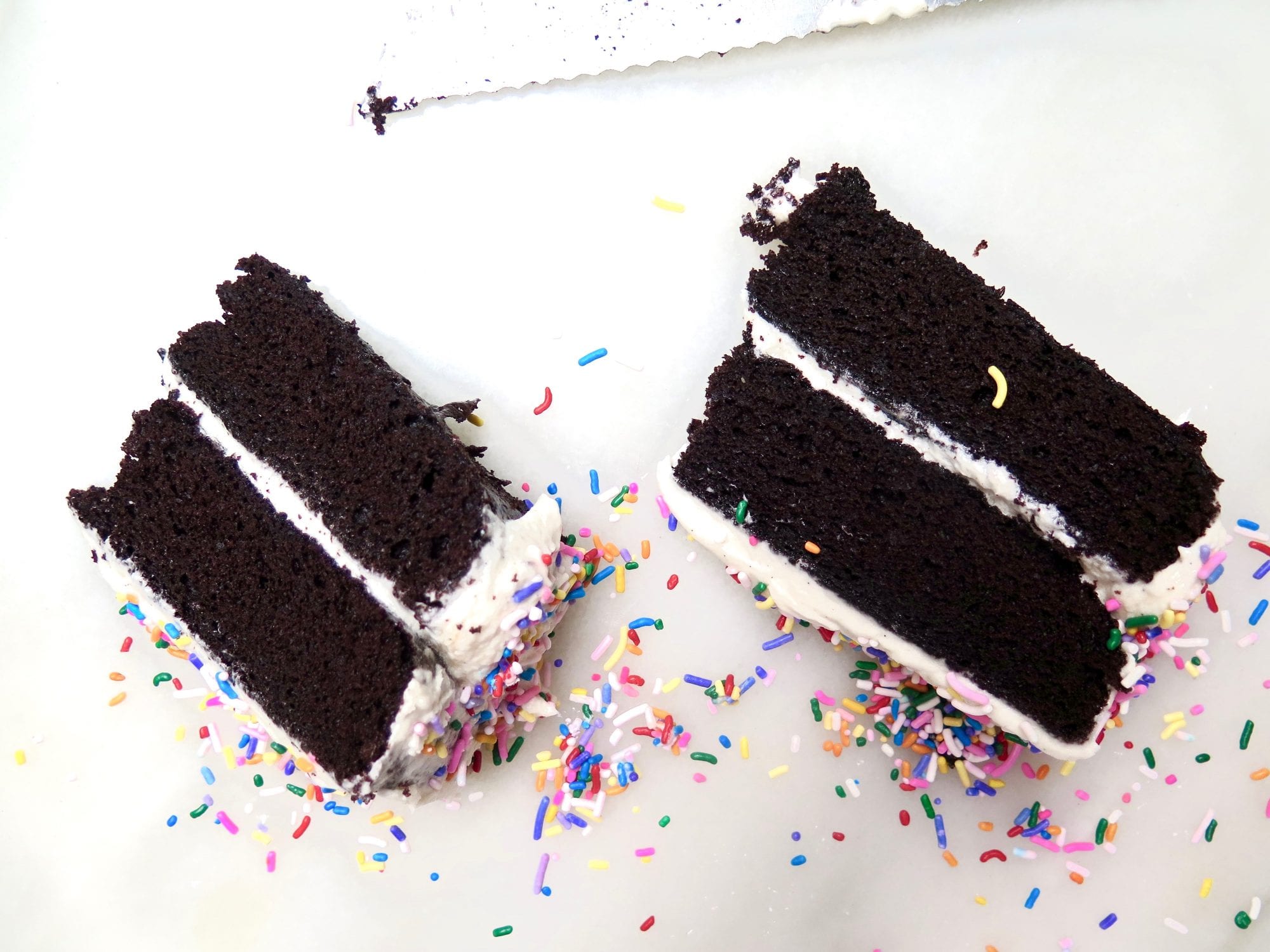 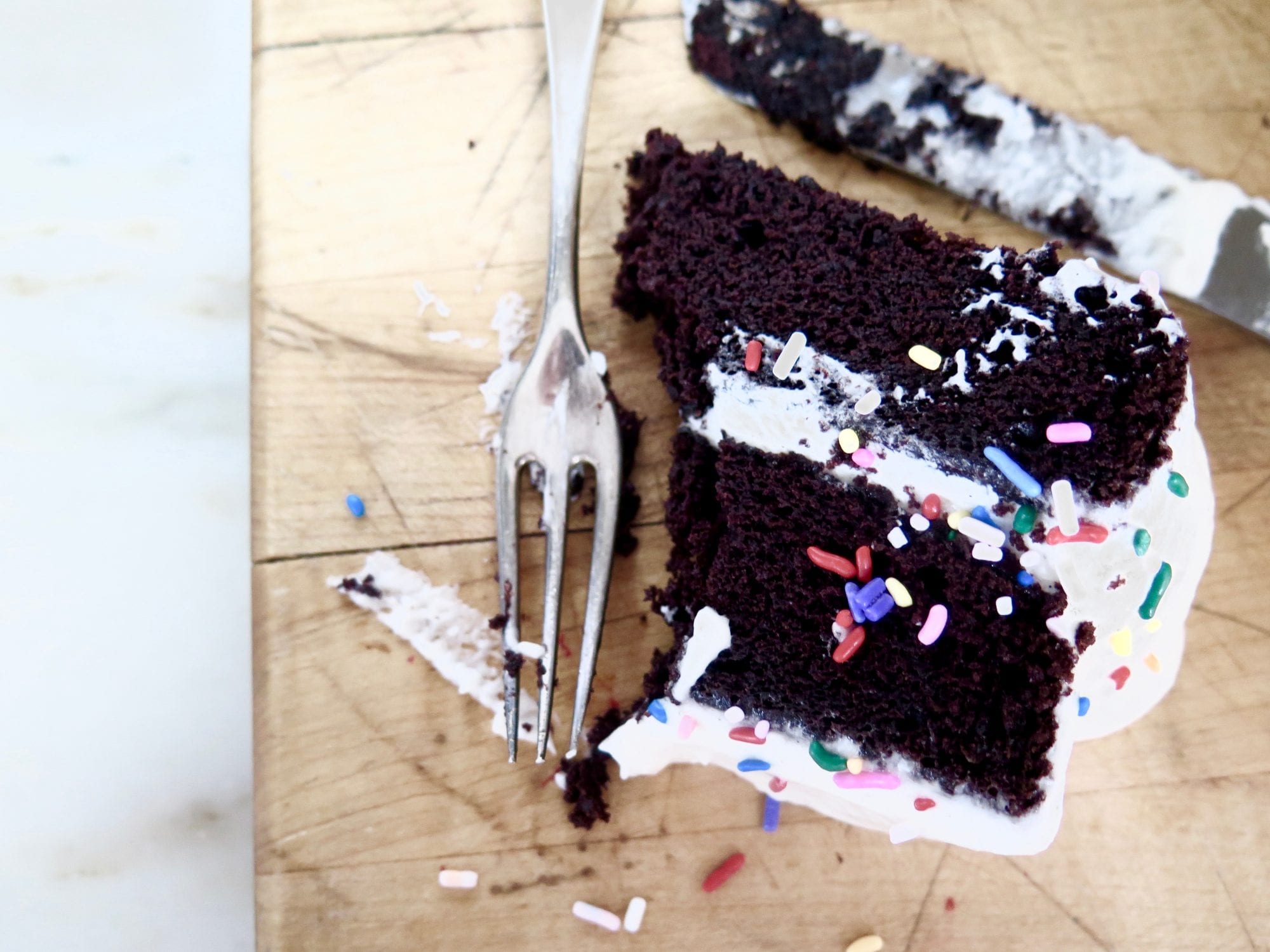 Using the Hershey’s recipe as my jumping off point, as others have done before me, I developed my own gluten-free one-bowl, calling for my favorite oil for baking, cup 4 cup in place of regular flour, and a soy milk/apple cider vinegar mixture in place of buttermilk (I read that soy and vinegar makes for the best dairy free buttermilk substitute). I also included a yolk, dark brown sugar, espresso powder, and a generous glug of vanilla. The resulting cake was spectacular. But unfortunately, my cake needed to be dairy free, and unbeknownst to me (i.e.: i did not read the ingredient list), cup 4 cup contains milk powder. 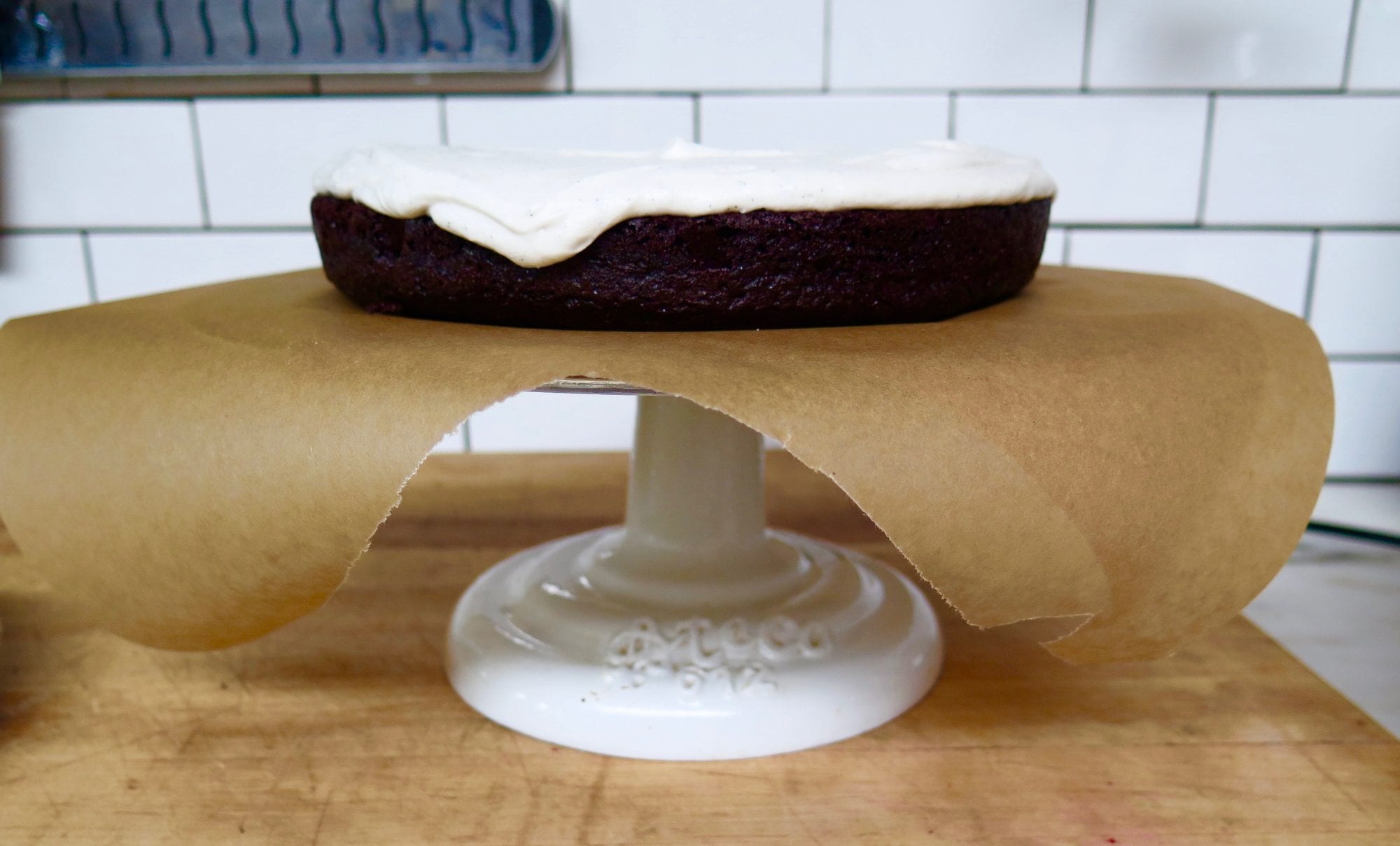 Back to the drawing board it was, and a substitution of King Arthur’s Gluten Free Multi Purpose Flour (and a bit of xanthan gum and an extra yolk) for the cup 4 cup ensued. The resulting cake was uber-moist, chocolate-y, and fudgy, and so very yummy. It did not have the fluffiness of the one made with cup 4 cup, but was very good indeed. And so here, I give you both: the version with cup 4 cup, that is gluten, but not dairy, free, and the version with King Arthur which is free, free, free. Try both, and let me know which you prefer. 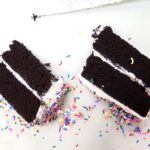 to make the cake

to make the frosting

there is some disagreement about how much xanthan gum one should use per cup of flour. i went with those who believe that 1/4 tsp per 1 cup of flour is adequate, but some recommend 1/2 tsp per cup, or even a whole tsp. honestly, i think you could add a tad more to this recipe and perhaps get a bit more lift out of your cake (right now it is fudgy and dense-ish which, honestly, is nothing to scoff at).
to use cup 4 cup, creating a gluten-free, but not dairy-free, cake, omit the xanthan gum and one of the yolks.
Cakes Frosting Chocolate Vanilla