Skip to the content
This mousse is simple to prepare, light, and deeply chocolatey.
Jump to Recipe Print Recipe

This chocolate mousse came to be as a way to rid my fridge of a plethora of egg whites and I couldn’t be more thrilled with the results. Not that I wouldn’t whip up chocolate mousse anyway, regardless of what leftovers my fridge might hold, but I might not have chosen a yolk-less one. The story is as follows: 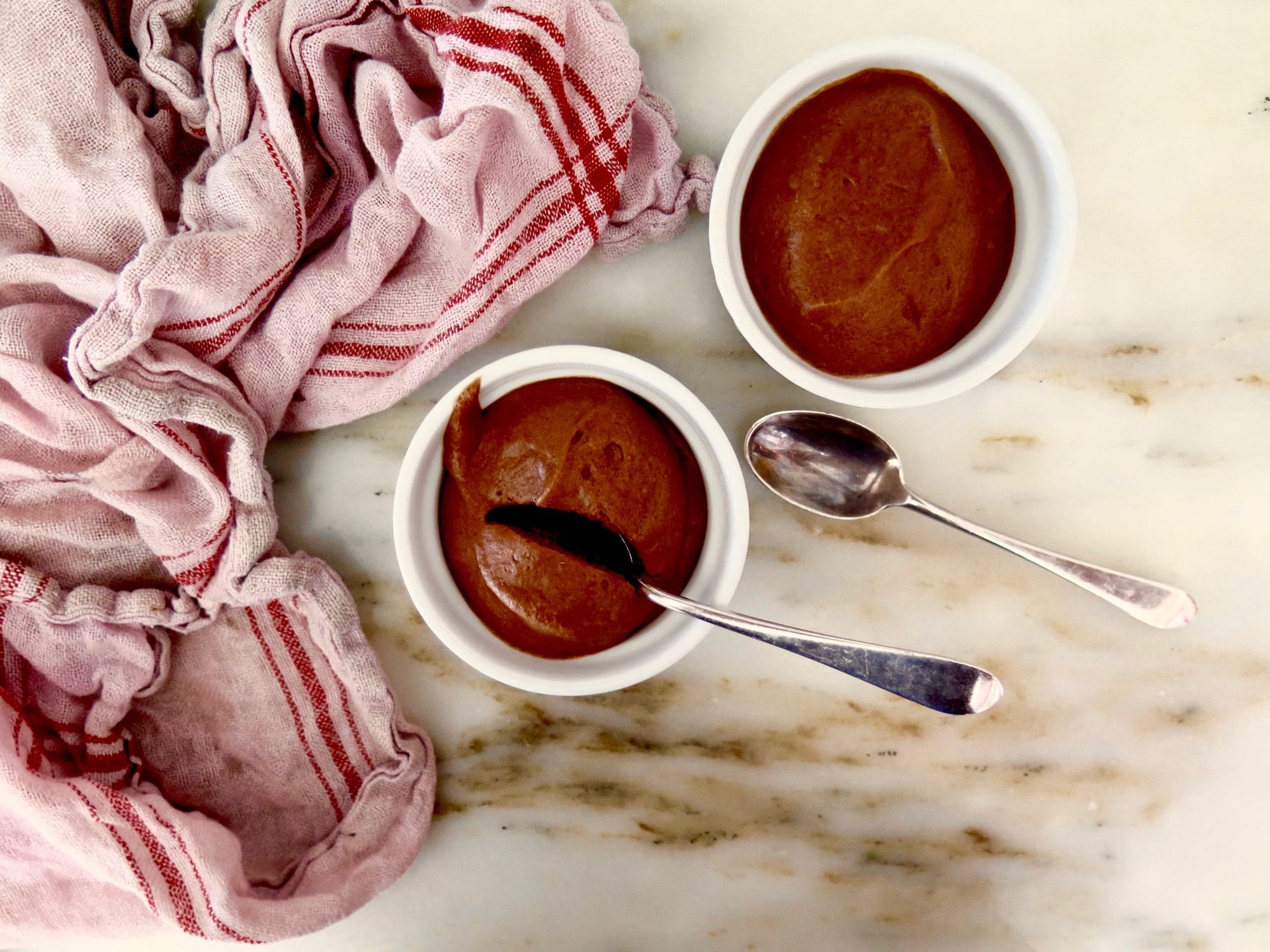 I was at PT (the broken leg has healed, thank you very much, but the physical therapy component of the recovery is ongoing), chatting with my therapist about all the egg whites I had produced after making coconut tres leches cake, as well as lemon poppy seed muffins (muffins that later morphed into a loaf that has yet to make its way onto this site — but it’s coming! I promise). She suggested I make either macaroons or chocolate mousse. 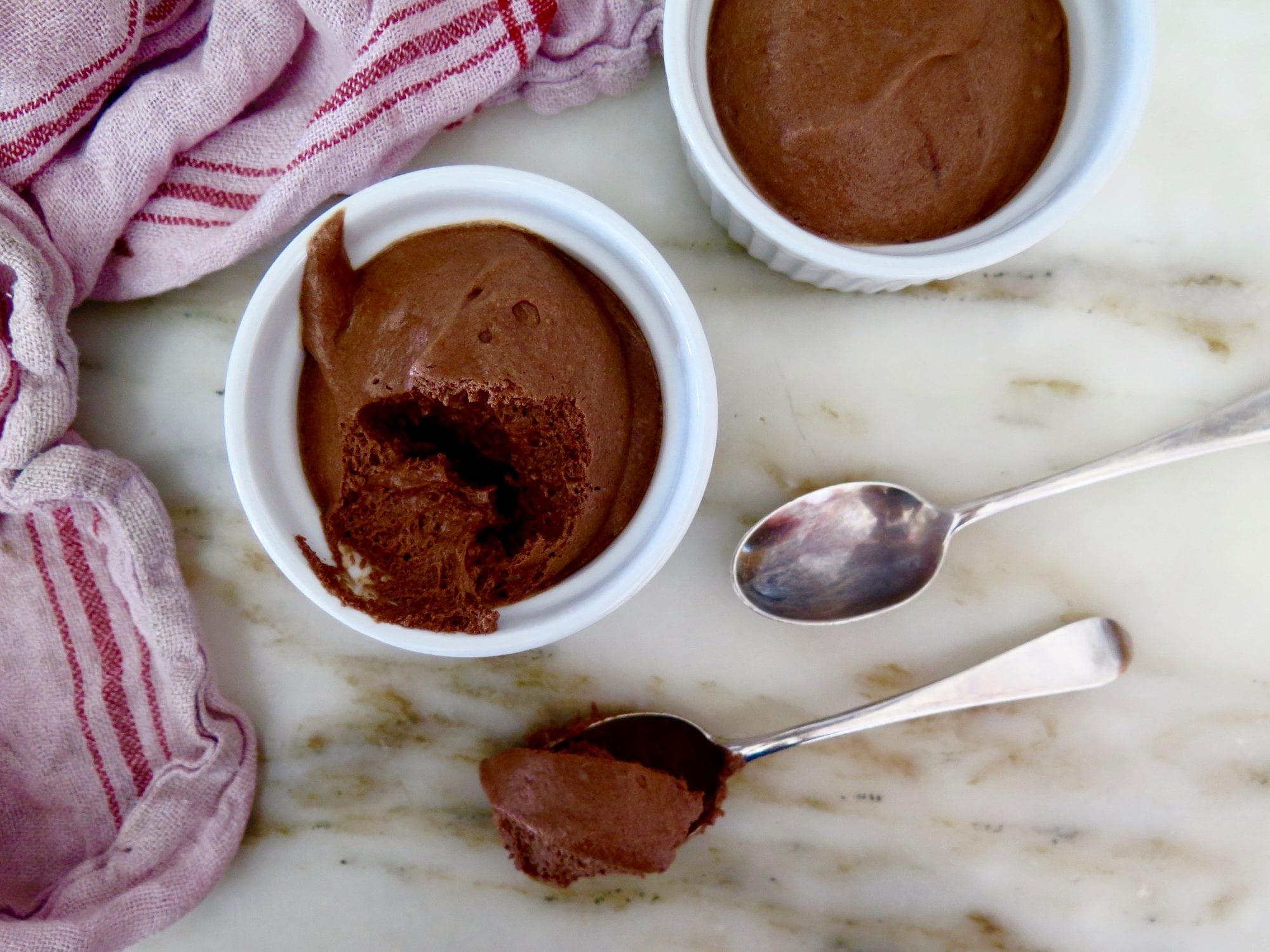 And so I made both. I already had a recipe for macaroons in my blog archives, and I whipped those up tout suite (see here for evidence of that). As for the mousse, a little research was in order to determine what made sense if one was planning on a yolk-less mousse. I found a mousse recipe made with whites, that I adored for its simplicity (ie: the ingredients are egg whites, chocolate, granulated sugar, and lemon juice), but I wondered if a little extra fat (in the form of cream) might be needed. 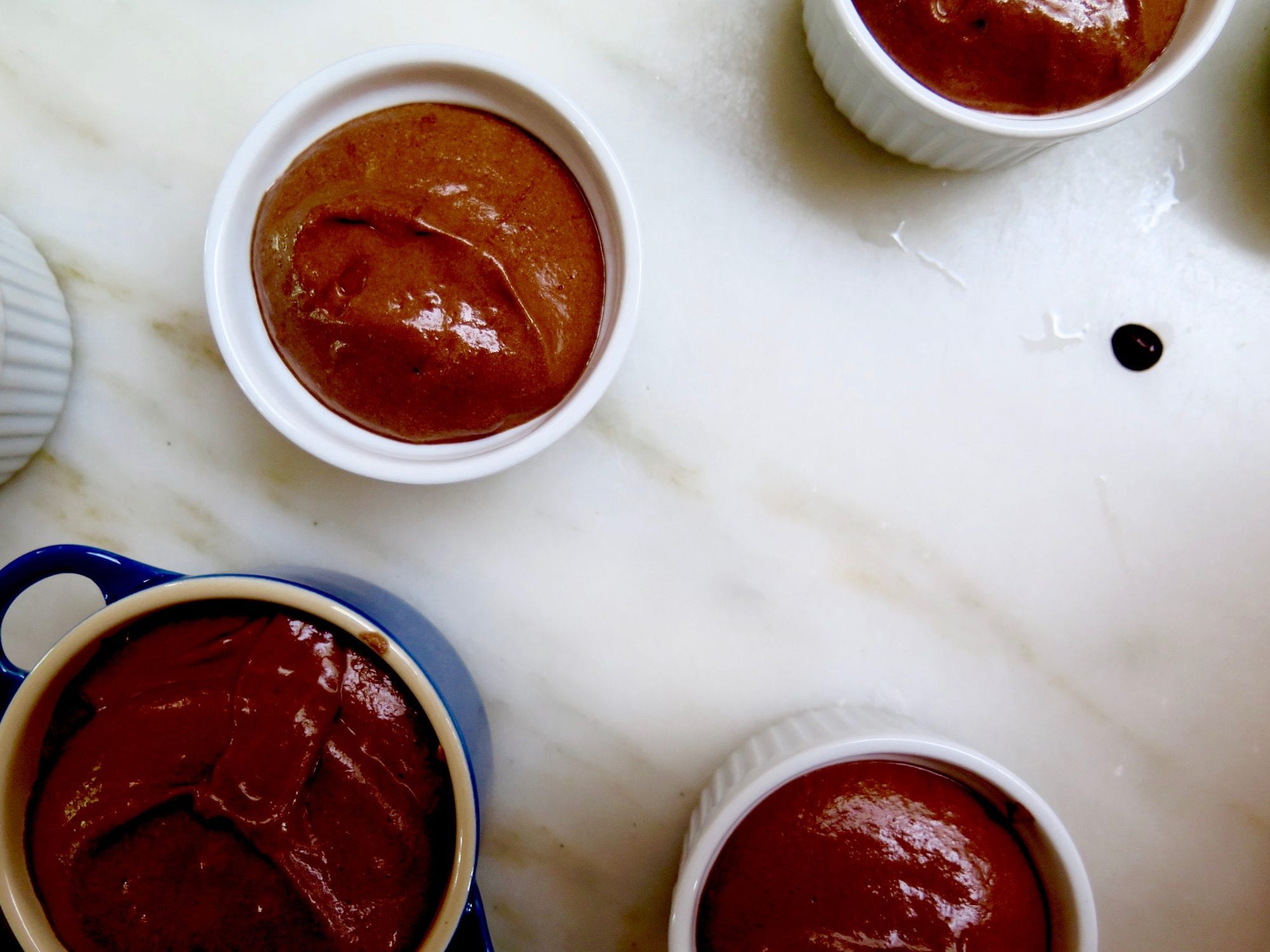 I found another mousse recipe, but wasn’t super crazy about having to whip my cream, as well as my whites — I mean I was into the idea of keeping this uber simple and all. And then I finally discovered a mousse whereby warm cream was poured over chocolate, creating a ganache that was then folded into whipped whites and — you guessed it — I never looked back. The mousse here is so simple, so light, so luxurious (despite the absence of yolks) and so deeply chocolate-y, I can’t imagine you won’t find it just as dreamy as I do. And with a dollop of whipped cream on top? I mean, come on, peeps: whipped perfection. 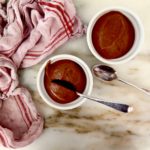 warning: this recipe calls for raw egg whites.
i think the mousse would be lovely served in one big bowl, rather than in individual small ones, but i have yet to do that.
Thanks for subscribing! Please check your inbox to confirm your subscription.
Pudding Chocolate