So, I developed this double chocolate zucchini cake recipe a few weeks ago, in anticipation of a farm dinner at which I was expected to bring dessert. I posted a pic of my efforts on Instagram, and sight-unseen, I had folks demanding the recipe. Awfully nice when that happens, and so I felt obliged to post about this cake a wee bit sooner than I had intended.

I actually first developed this recipe last summer when my husband presented me with a couple of enormous, overgrown zucchini and begged me to make use of them. However, the larger the zucchini, the less moist it is, and the more woody. Needless to say, the cake was not great, and I tabled the recipe. Cut to a year later, when I was puzzling over what dessert to prepare for the aforementioned farm dinner — with produce from said farm, no less — and I remembered my chocolate zucchini cake. The recipe was unearthed and the rest is history. 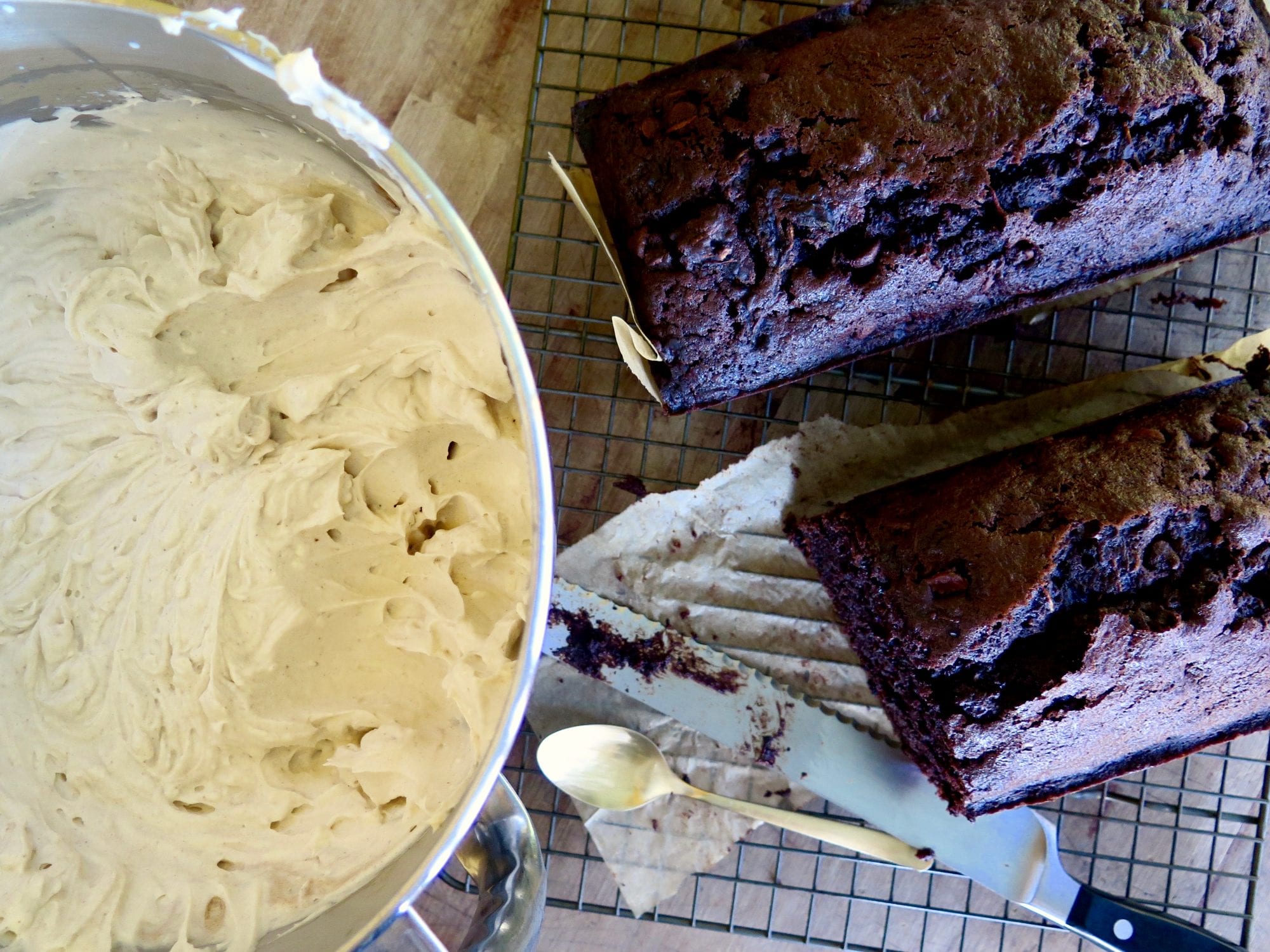 I had done a bit of chocolate zucchini cake research when I had originally developed the recipe and I revisited the various recipes I’d looked at, like this, this, this, and this. And my take-away, you ask? My cake would be baked in a loaf pan and would be moist from more zucchini than what might seem necessary, as well as a generous amount of oil, and a smidge of buttermilk. It would contain chocolate chips, as well as kind of a lot of dutch process cocoa powder (for flavor and color), plus espresso powder — all in an effort to make sure the cake screamed chocolate. 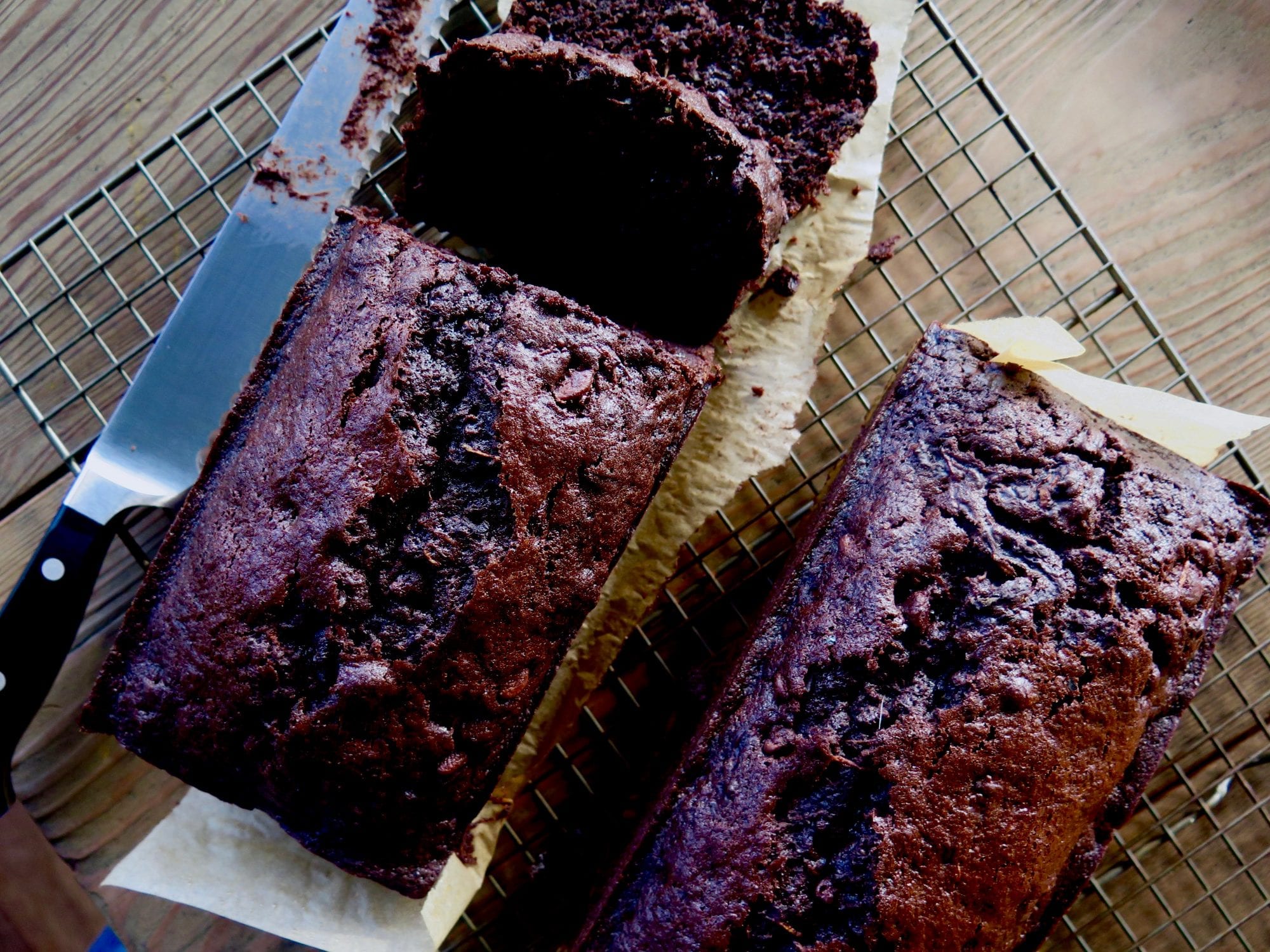 And to top this double chocolate zucchini cake? Why, cinnamon cream cheese whipped cream, from my book, Icebox Cakes, of course. Although, truth be told, it needs no adornment. One could just as easily slice it straight from the oven when the chips are molten, and enjoy it without a care in the world about frostings and toppings and such. Let’s just say, I speak from experience.

for the whipped cream

to make the cakes

to make the cream

why zucchini in cake: zucchini adds amazing moisture (like carrots to a carrot cake) to cake and yet has almost no flavor. there's a bit of texture, but that's about it. needless to say, it goes wonderfully with chocolate.
shredded zucchini: i like mine shredded fairly fine, fyi.
the whipped cream is from my book icebox cakes - it is the cream layered with the red velvet wafers for the red velvet icebox cake.
Thanks for subscribing! Please check your inbox to confirm your subscription.
Cakes Frosting Chocolate Cinnamon