To begin, I think I just need to come clean and admit that I am decidedly NOT a pumpkin pie person. I know this is a controversial position to take, particularly as Thanksgiving approaches, and Instagram is all, “pumpkin pie this and pumpkin pie that,” but I am hoping to keep the haters at bay cause here’s the thing: I am not anti-pumpkin, I am just anti-pumpkin in the form of pie. 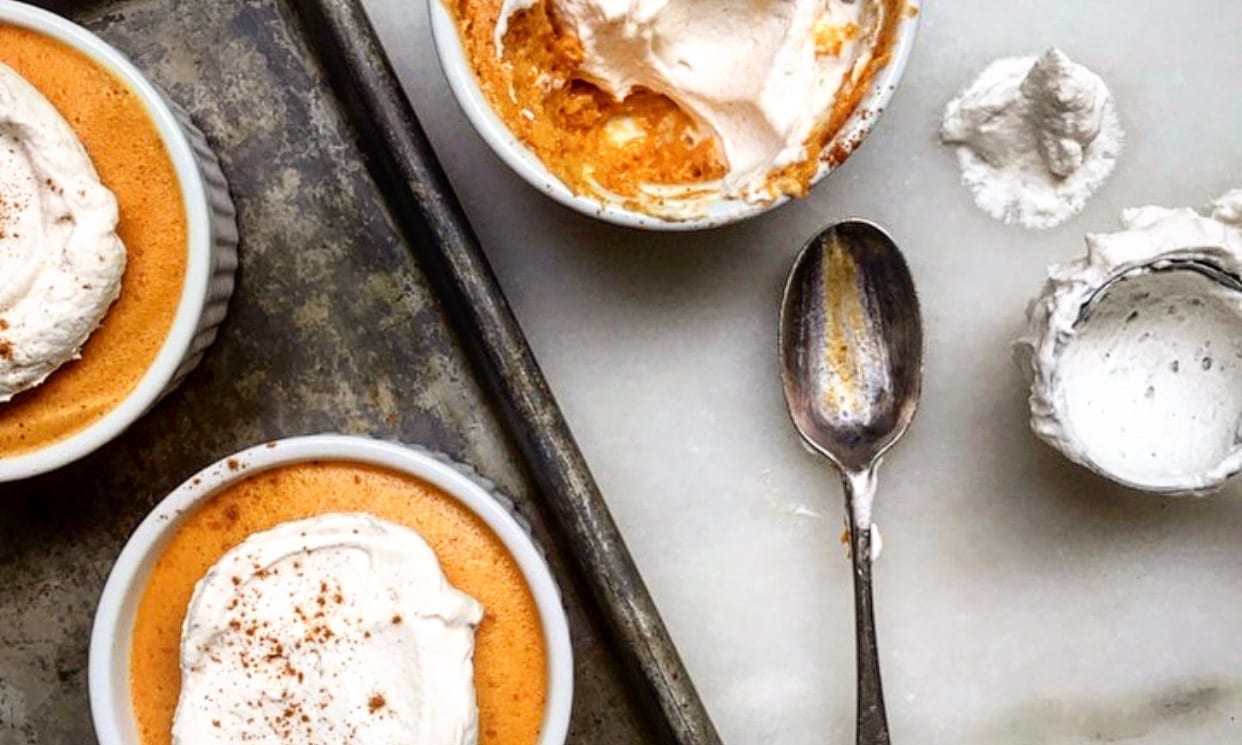 Pumpkin mousse, for instance, is a whole other story (as are pumpkin whoopie pies and pumpkin cake with chocolate bourbon buttercream (recipe for this coming soon!)). 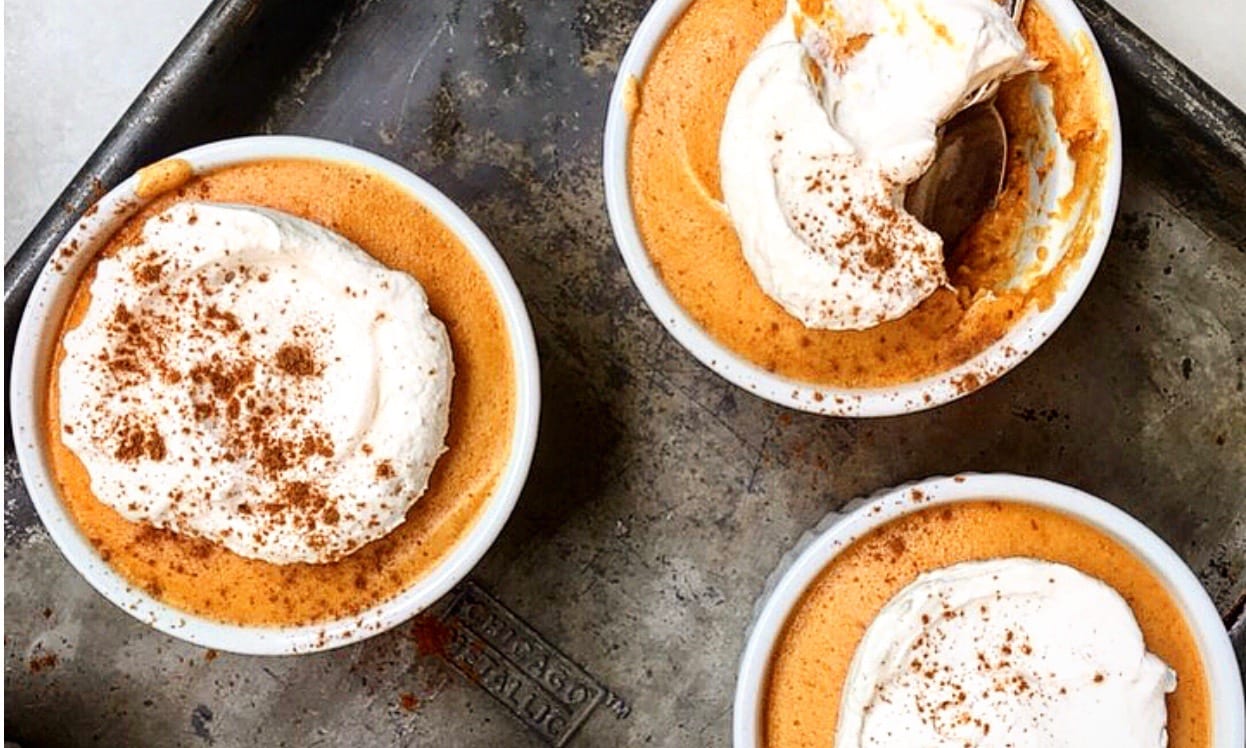 It all started when I hosted Thanksgiving a few years back and knew I had to accommodate my pumpkin-loving mother-in-law, but was dead set against making her a traditional pie. Instead, I developed a recipe for pumpkin CHIFFON pie, with a filling lighter, fluffier, and WAY more delicious than its denser, heavier cousin that fills the traditional pie. 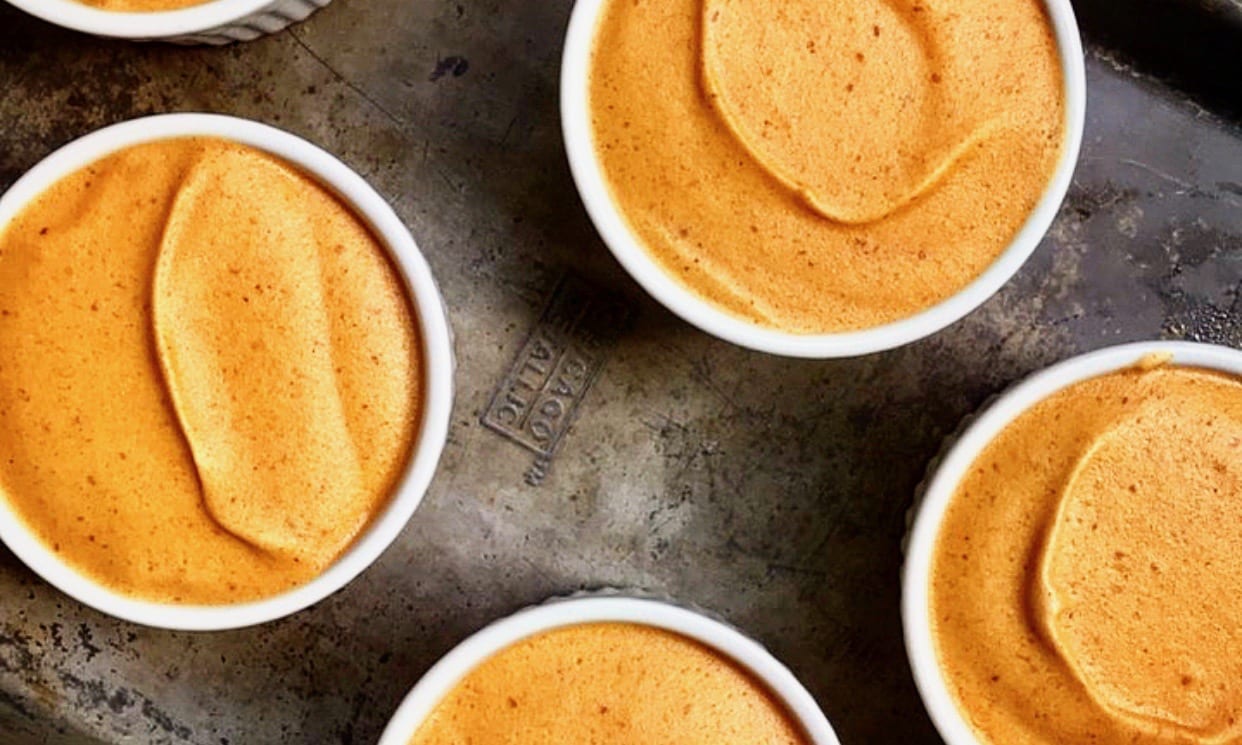 The pie was sublime with the ability to turn people who were just “meh” about pumpkin desserts, into pumpkin fanatics. Here, I have fiddled with the filling of said chiffon loveliness, and done away with the crust altogether, filling small ramekins with the pumpkin mousse and topping each one with cinnamon whipped cream. Please serve extra whipped cream at the table – I, for one, like dolloping on additional cream as I eat, so every bite is as cream-filled as the first. But maybe that’s just me? Finally, it is not a coincidence that I have posted this recipe for a pumpkin dessert today, as I am joining tons of other bloggers in a virtual pumpkin party! Click here to see all of the amazing pumpkin treats (both sweet and savory) that my blogging pals are sharing today. 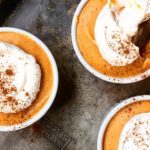 To make the mousse

Thanks for subscribing! Please check your inbox to confirm your subscription.
Pudding Cinnamon Pumpkin

I am so with you!! I used to think I didn’t like pumpkin because I never liked pumpkin pie. And now here I am, hosting a virtual pumpkin party. I think my issue with pumpkin pie is the slimy-ness … you know? Ew. I have found some pumpkin pies that I enjoy, but they all have an added crunch factor to them like heath bits and chocolate or Joy the Baker’s from her second book with candied pecans on top. But your pumpkin mousse looks lovely! Thanks for this contribution. 🙂

Right?! Sounds like we’re on the same page re: pumpkin pie . . . And you are so welcome! I loved contributing and am so grateful to you for including me. Looking forward to collaborating again. XO