Skip to the content
This cake is wildly moist, deeply chocolate-y, and topped with a fluffy cream cheese frosting.
Jump to Recipe Print Recipe

What’s a girl to say about this chocolate cake except that it is pretty darn close to perfect. And I say this for the following reasons: it is chocolate cake, it is easy to make, it has very few ingredients, it calls for oil instead of butter, it comes from an awesome new cookbook, the Cherry Bombe Cookbook, but is a recipe that has been around for forever, and the frosting is pink. When I looked through the Cherry Bombe cookbook musing about what to bake from it, and stumbled upon the photo of a slice of this cake, my musings came to a screeching halt, and the baking began immediately. 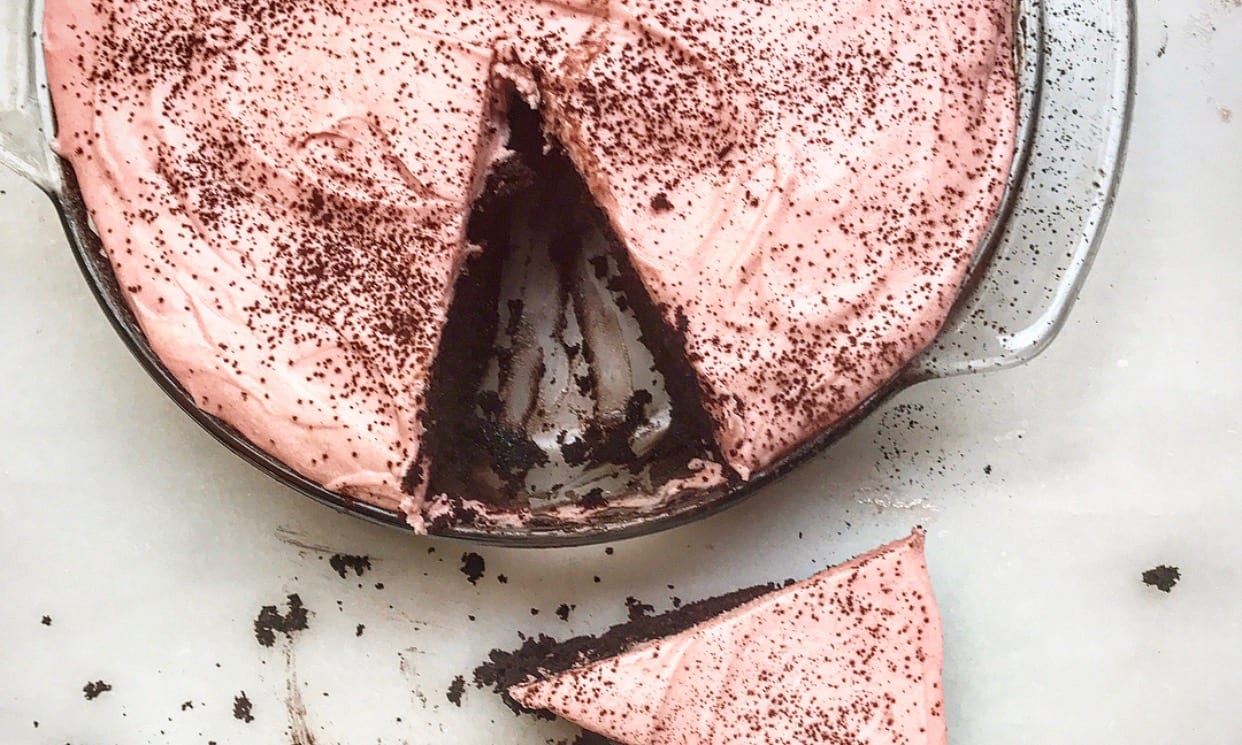 “Crazy,” or “wacky” cakes, as they are sometimes called, were depression-era cakes that came about when ingredients like eggs and butter were scarce and pricey (thus this cake has neither). They are vegan, therefore, and if you frost them with something dairy-free, a vegetable shortening-based buttercream, for instance, they will stay that way. This particular crazy cake is wildly moist, deeply chocolate-y, and made in a glass pie-plate which the retro-obsessive in me, loves. 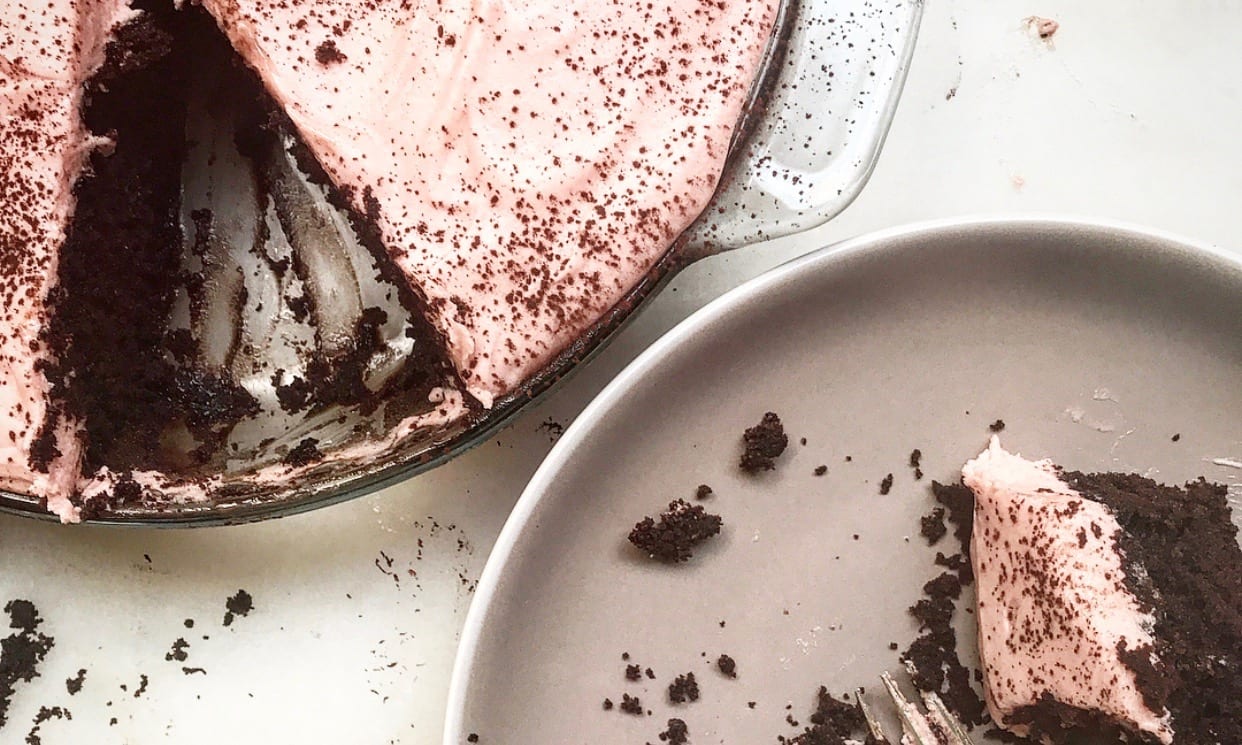 I tweaked the recipe only a tad – calling for more cocoa powder, and Dutch processed, to boot, an extra bowl to sift ingredients into to avoid spillage, combining all of the wet ingredients in a measuring cup, and baking the cake for a bit  longer than called for in the original. I also used my own recipe for cream cheese frosting, that includes some butter, as the frosting recipe in the book calls for none. Your go-to-on-the-regular chocolate cake is the result and I can’t imagine you won’t be as excited as me about putting it into the home-baked sweets rotation. 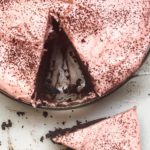 Thanks for subscribing! Please check your inbox to confirm your subscription.
Cakes Chocolate

this looks great! love an easy cake! may try it out:) might be good with a coconut cream frosting for the vegans!

yes! or a straight up buttercream with veg shortening and soy milk, rather than butter and milk/cream.

Hi there!
What temperature should I bake the cake at?

Oops! 350 degrees. Thanks for catching this omission. Making the change now.