This recipe is basically the most beautiful union of two of my favorite things: my instant pot and bread pudding. I also happen to like chocolate, so there is that, too. The recipe is adapted from Coco Morante’s fabulous new cookbook, The Ultimate Instant Pot. This is her second pressure cooker book, and I have been loving on, and making stuff from, her first one, for a good while now. I chose to share this particular recipe from the book with you because of the union described above. Plus, Coco’s recipes are excellent (clearly written and reliable) and you would be well served making any number of them. 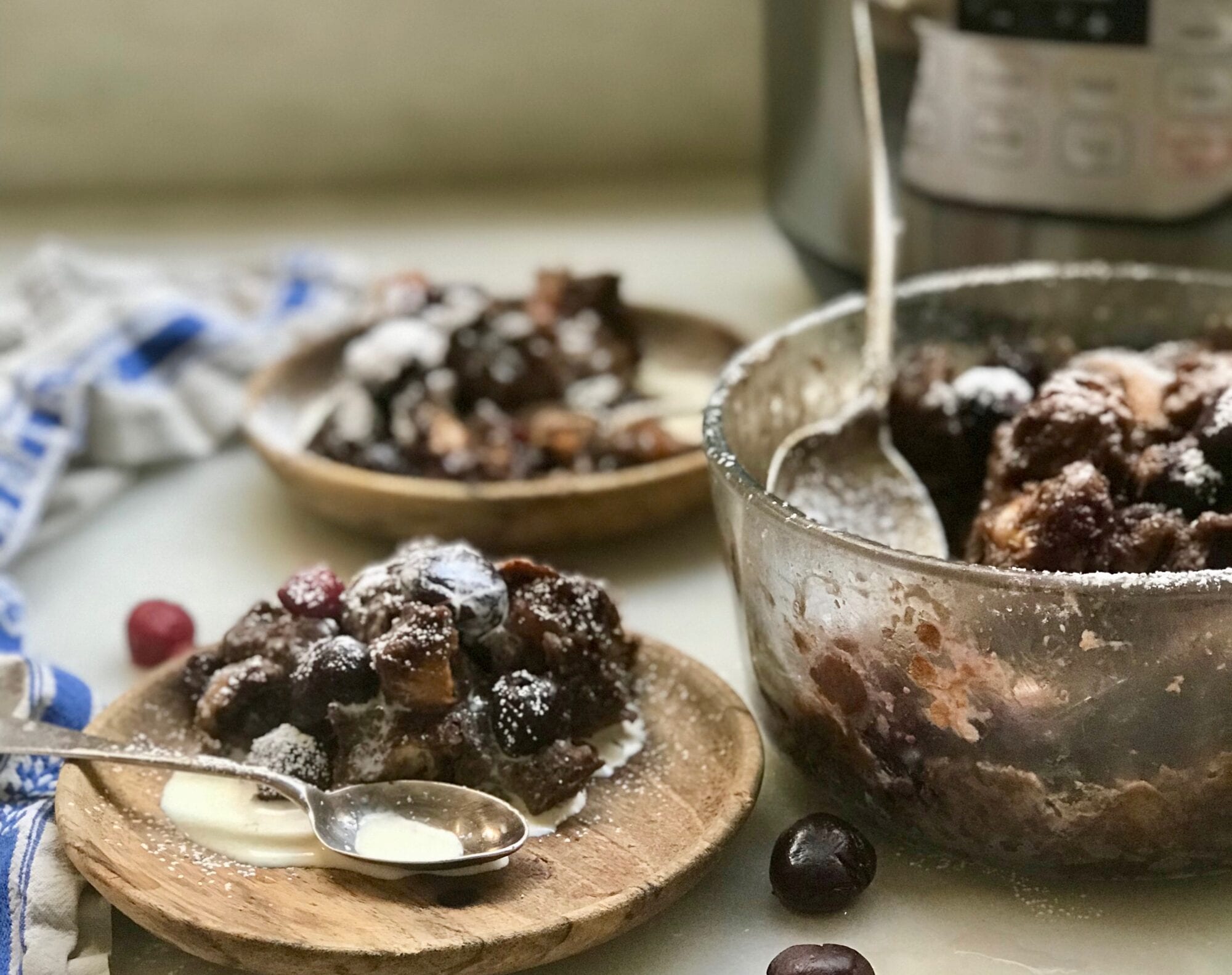 If you are new to the world of the instant pot, it is a time saver, makes kitchen clean-up about a billion times easier, and for some things—large cuts of meat, beans, etc.—it is also a flat-out “instant” way to put dinner on the table. This bread pudding “bakes up” quickly in the Instant Pot—in about half the time it would take in the oven—and comes out perfectly custard-y. I tucked about a 1/2 cup of frozen cherries between the bread cubes before cooking, and omitted the 1/4 cup chocolate chips called for in the original recipe, but do as you see fit. I also substituted heavy cream for the half and half (cause cream) and added a few more cups of cubed bread than in the ingredient list, until my baking dish looked nicely filled. If you are new to the Instant Pot, this is a perfect starter recipe, and if you use yours on the regular (that’d be me), this will def make it into the rotation. 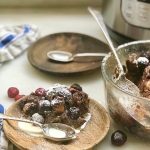 I love this variation, it looks amazing Jessie!

i’m interested to try this recipe for an upcoming get together but needed to ask whether the cherries are frozen at the time you mix them in or do you thaw them out first.

So glad you are interested in the recipe! i added them still frozen to the cubed bread and egg mixture. Hope this helps and please let me know if you try the recipe! Would love to hear your thoughts.