Whoopie pies are, and have always been, one of my favorite sweet treats. This fact is perhaps best evidenced by the inclusion of not one, not two, but now four whoopie pie recipes—including these grasshopper whoopie pies—on this one little ole site . . . My love for them stems from my childhood addiction to Drake’s Devil Dogs (a Hostess-like packaged chocolate cake filled with whipped cream and shaped like a dog bone). Whoopie pies are the less-dry, round version of that which my after-school memories are made. 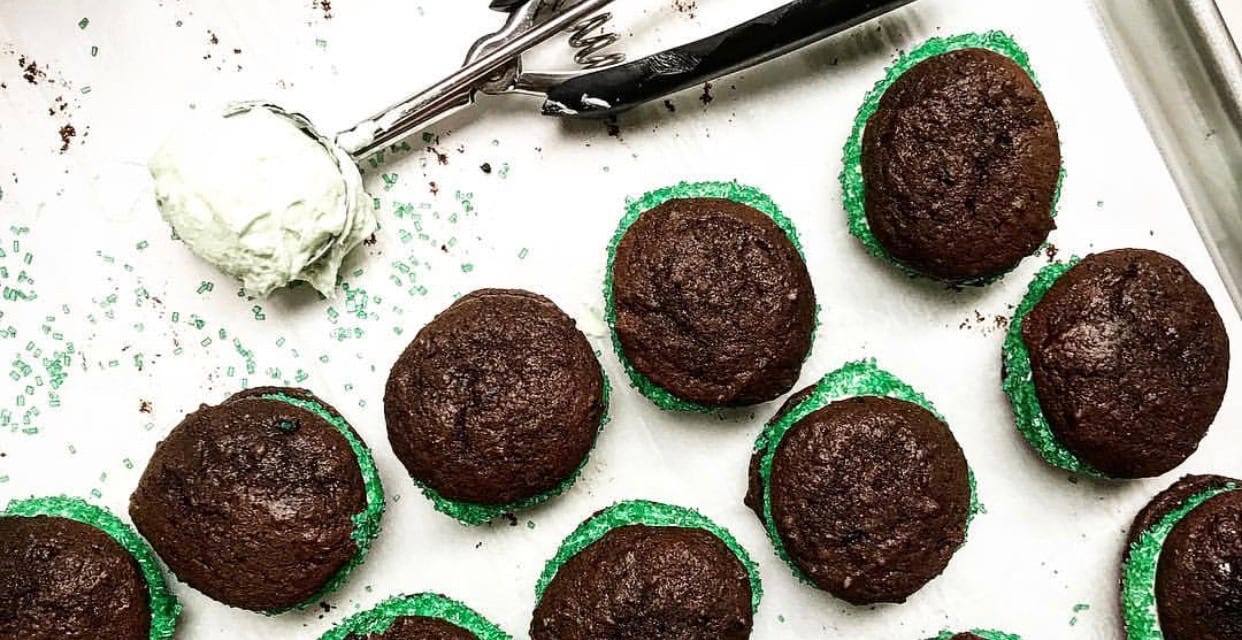 I got super into them while working at Baked,  as they make some of the best ever (in my humble opinion). And lucky for me, my kids are super into them too, particularly the younger one who is a tad hard to please when it comes to sweets. See here for more on that. 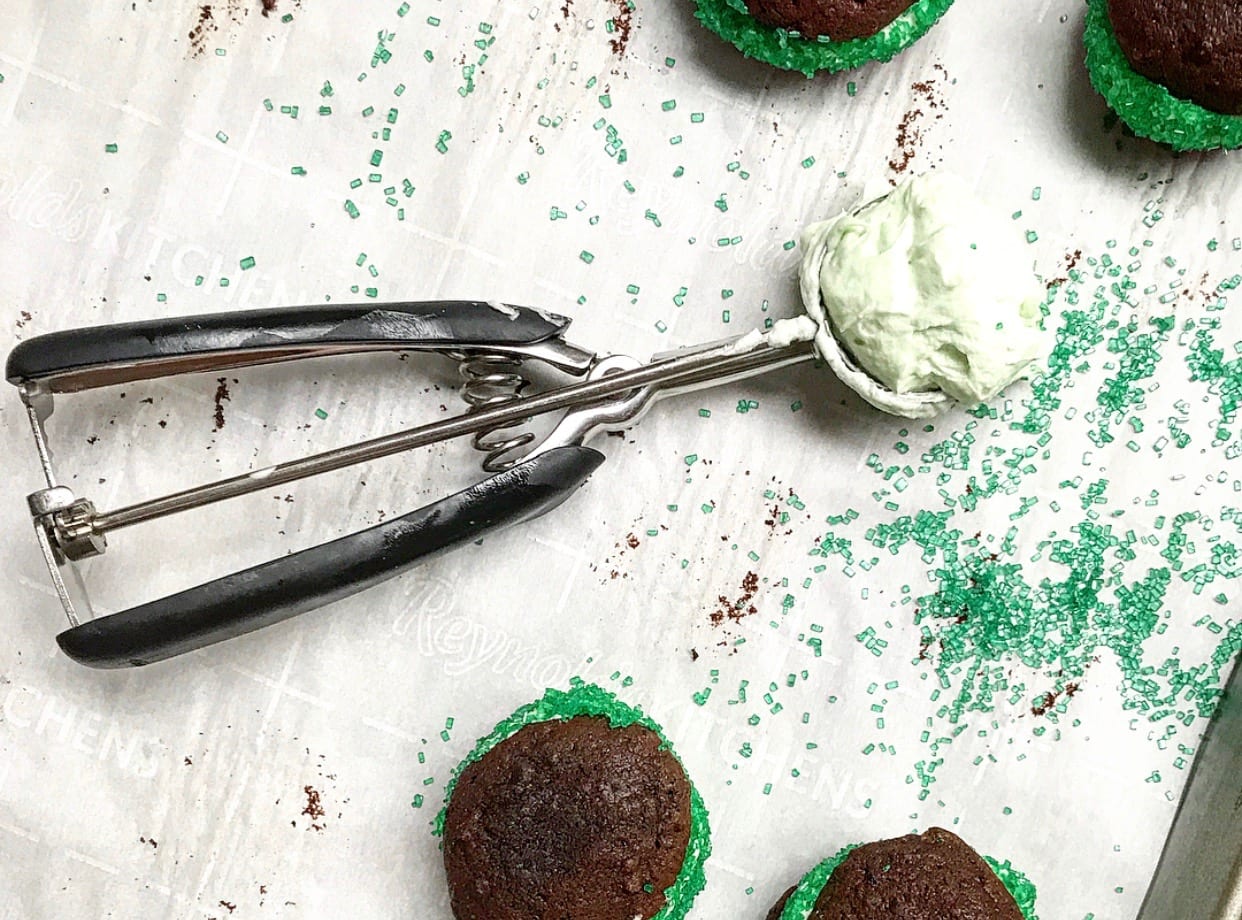 In fact, SO into them, that they are often requested instead of birthday cake, which honestly, I am down with (full disclosure, I don’t often feel I am at my best when birthday cake making – which I know sounds kind of suspect seeing as I make sweets for a living . . . ). Anyway, that is a discussion for another day. In the meantime, the recipe here is for the spring-time, Saint Paddy Day-appropriate grasshopper whoopie pies that I make for my younger son each April on his bday. They are minty and chocolate-y and very green and the kids go bonkers when I bring these to school for bday celebrating. And I’m thinking/hoping you might, too. 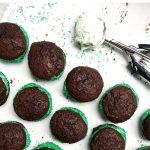 These grasshopper whoopie pies are cake-like … how about some cake recipes?