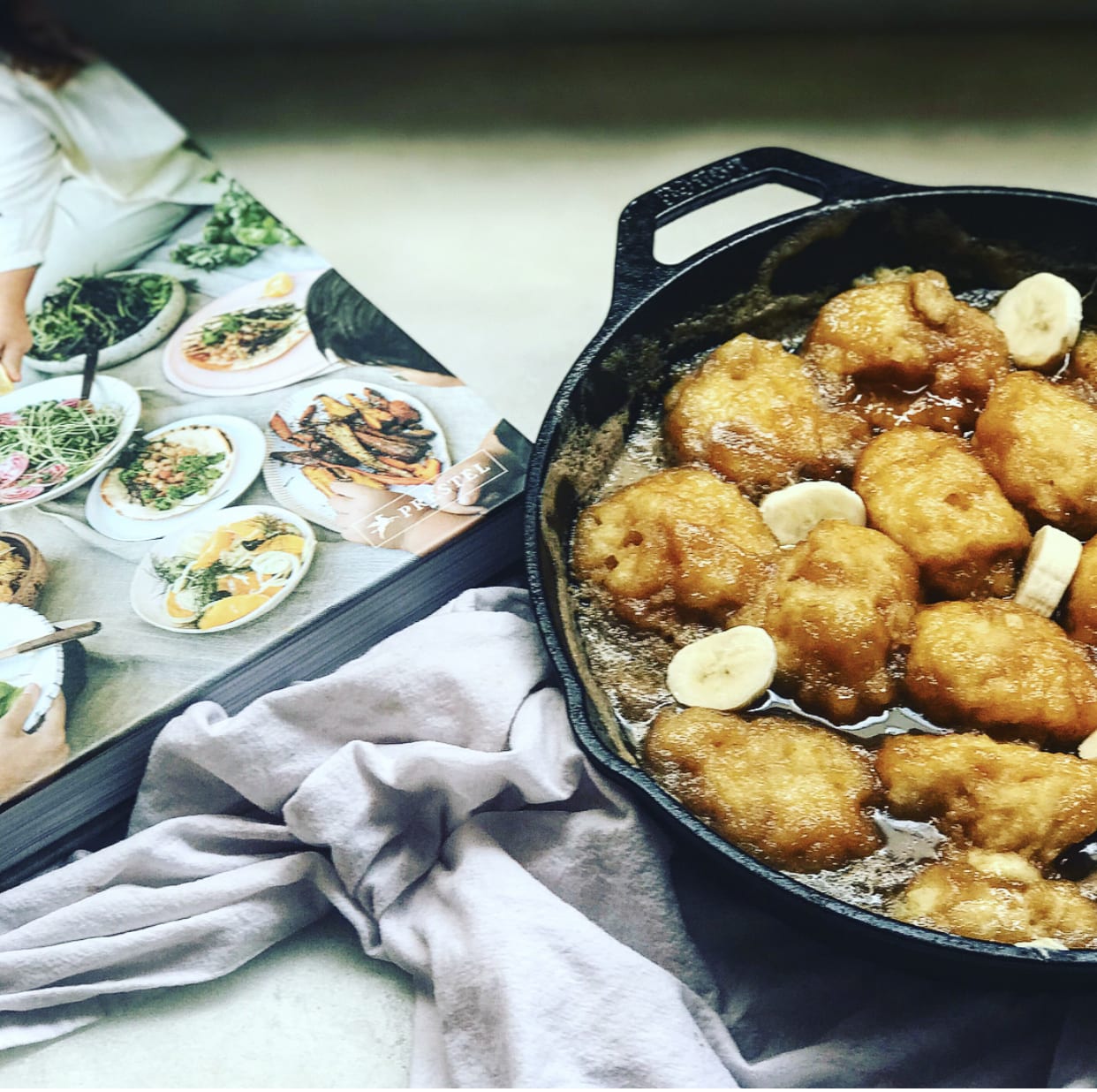 When I first heard Hetty McKinnon, mention that there was a recipe for banana golden syrup dumplings in her new cookbook, Family, I was sitting in the front row of seats (nerd, that I am) at her book talk in Brooklyn, where we both live. And  I knew immediately that that was the first recipe I’d be making from her new gorgeous book filled with comforting vegetarian recipes with which to feed your family. 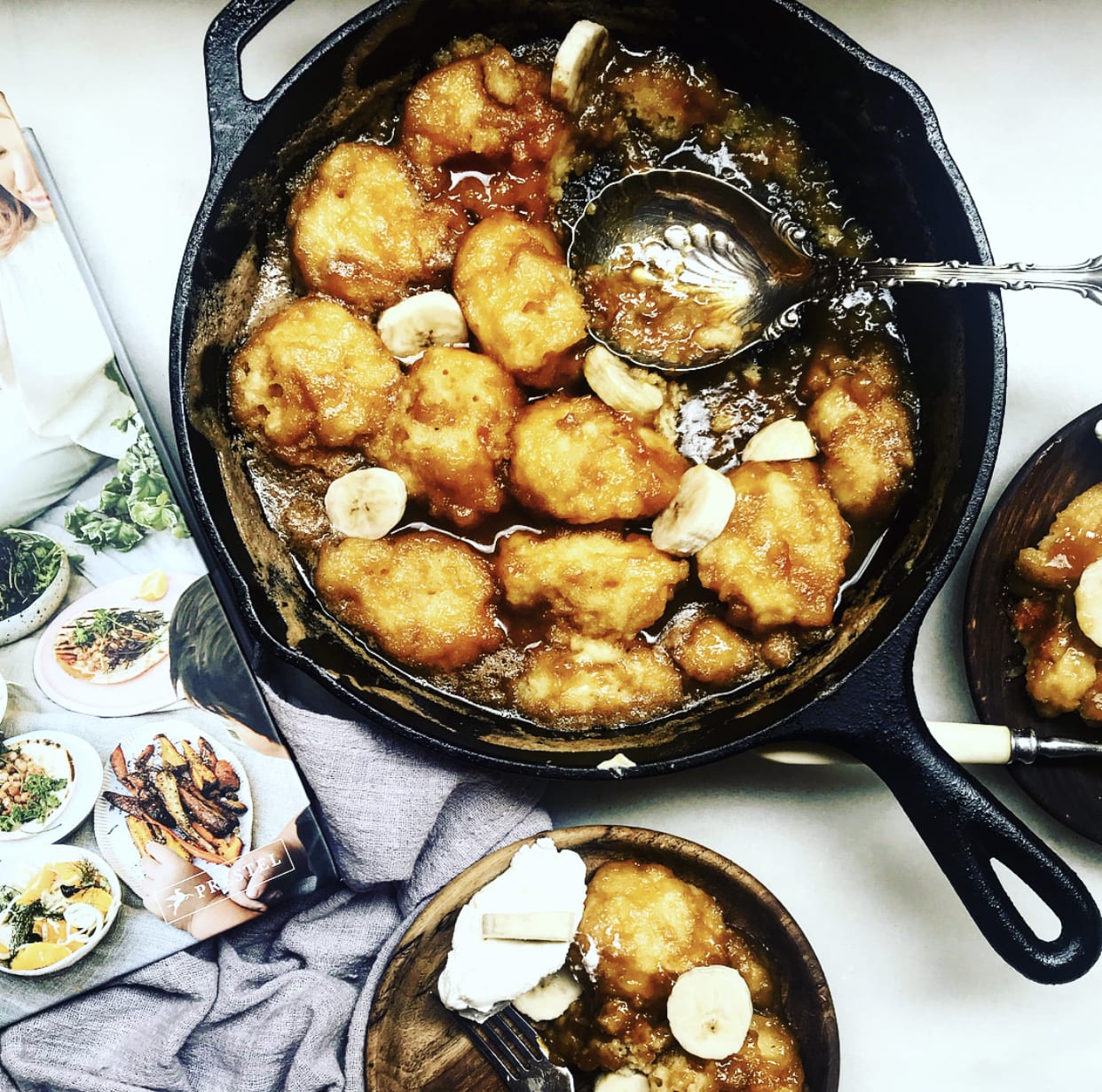 I had no idea what exactly golden syrup dumplings were, but I’m game for anything with the word “dumplings” in the name, and Hetty said they were easy, and I’m also game for all sweets “easy.” In fact, they are delicious, pillowy dumplings made from self-rising flour and butter, that you strategically place in a sauce pan of warm golden syrup, brown sugar, and butter. The dumplings cook in the hot sweet syrup and are served a la mode (at least in my house) with spoonfuls of extra syrup atop them. 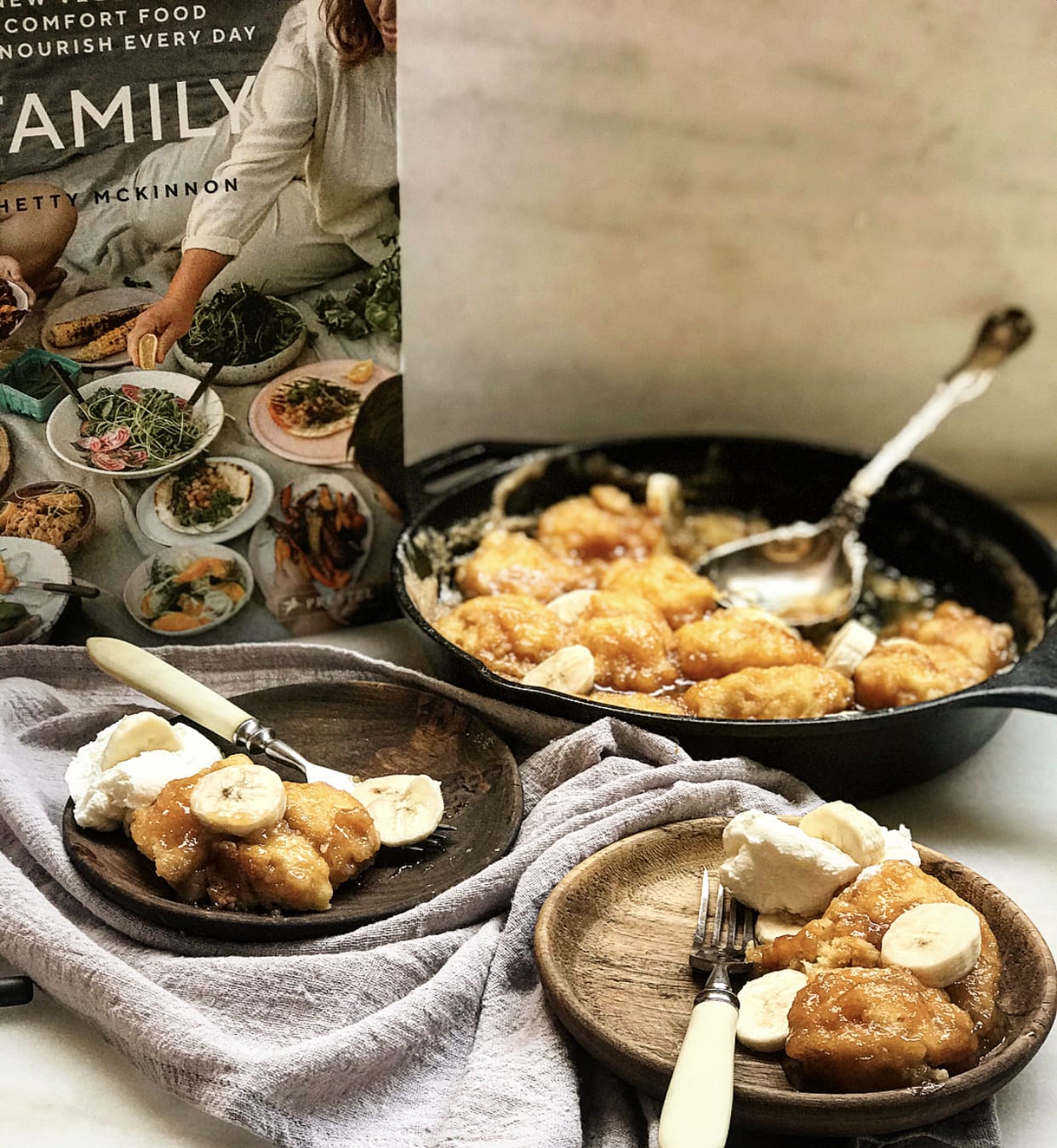 Hetty adds a bit of mushed banana to the dumpling batter, but I skipped that and added sliced coins when serving instead. I also substituted buttermilk for the milk called for in the original, because I had extra in the fridge and thought it would impart a nice tang to the dumplings, in light of the sweet syrup they’d be bathed in. I also added a bit of vanilla extract because I just can’t help myself. This is quintessential comfort food and is already an awfully big hit in my family (and likely will be in yours, too). 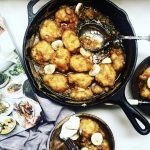 Thanks for subscribing! Please check your inbox to confirm your subscription.
Bread, Rolls, Doughnuts & Puffs Banana