So, here’s the thing, peeps, I love being invited to collaborate with other bloggers, all of us developing recipes and posting them on the same day, because it usually forces me to bake with an ingredient to which I don’t usually turn. In this instance, I was invited to create a recipe calling for leeks and asked to post said recipe – umh – today, along with a whole gaggle of other food folks who are also posting leek inspired recipes (check out the hashtag #leeksonfleek to see all the awesome leek content).

Truth be told, when I first learned that the ingredient we’d all be working with was leeks, I almost decided to opt out. But then I got to thinking about savory baked goods – like ham and extra cheesy muffins ( a recipe I’ll be developing for my first newspaper feature – more on that coming soon!) or everything biscuits with cream cheese and roasted tomatoes and I got kind of – dare I say – inspired. 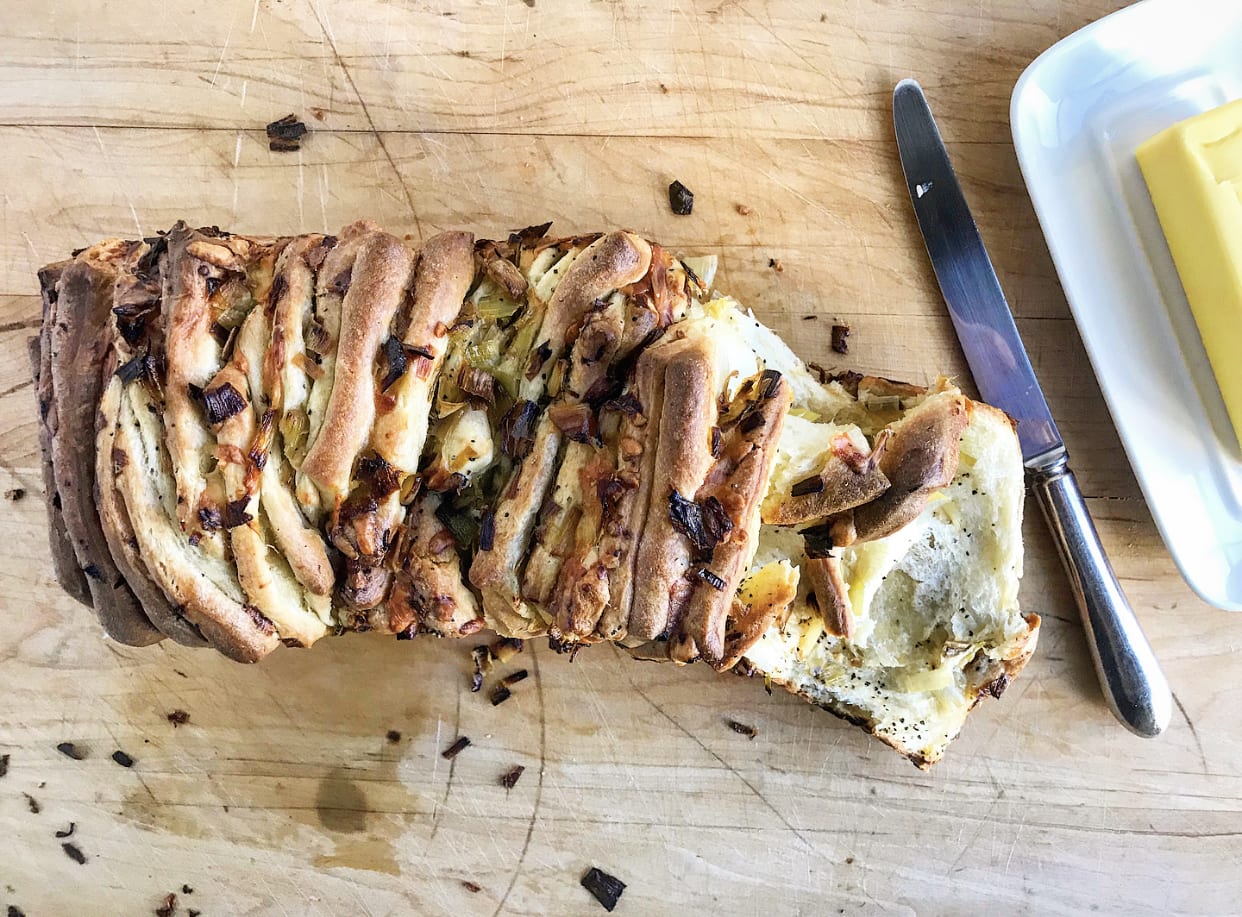 At first I thought I would make a caramelized leek no-knead bread, as no-knead is my kind of bread-making process. But then I remembered the flake-apart bread (the old-fashioned, dare I say “vintage,” name for pull-apart bread) from The Vintage Baker, and one of my fave recipes from the book (and Oprah’s too!) and I knew I’d be making a leeky loaf of yeasty yumminess. 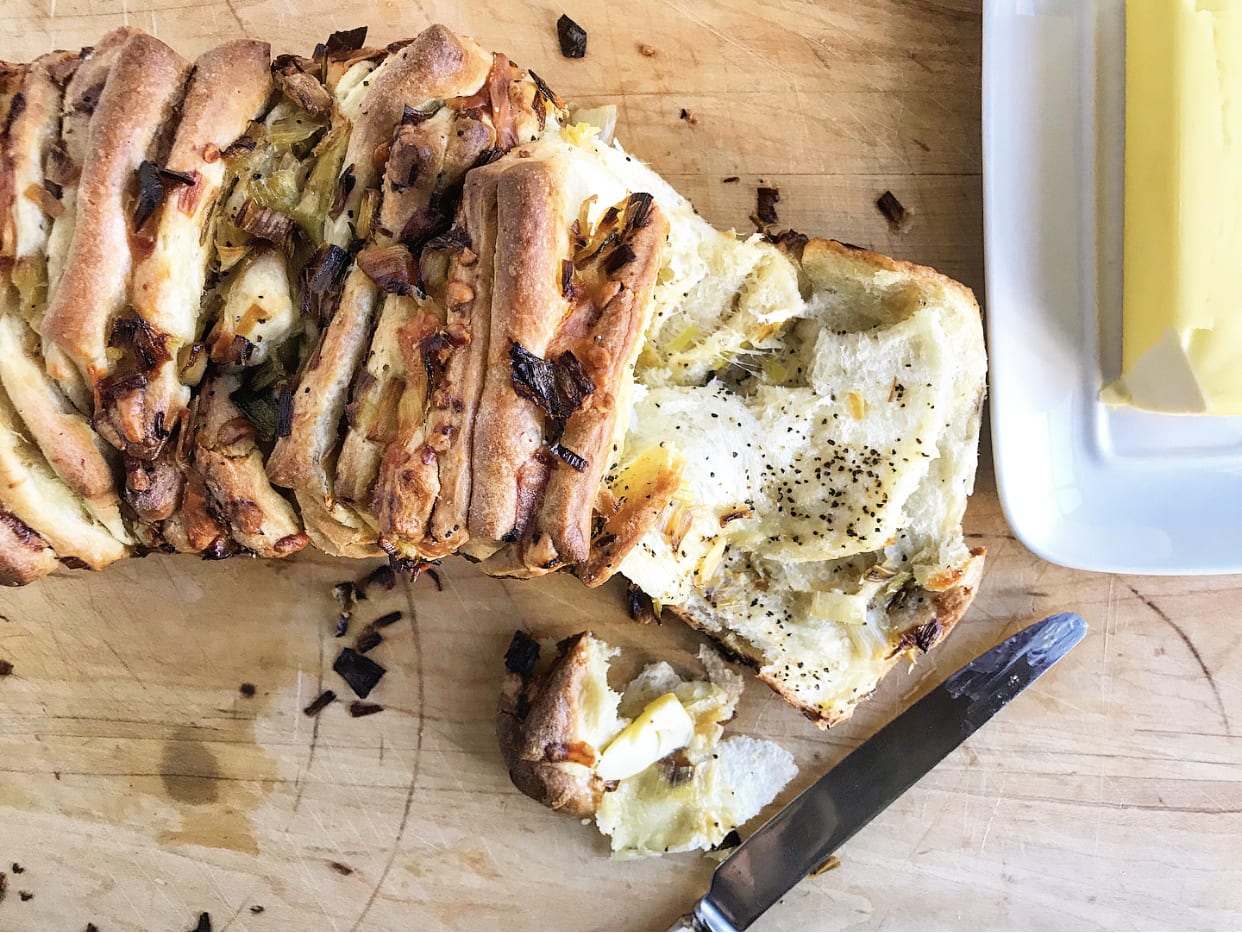 Flake-apart or pull-apart bread, for the uninitiated, is almost like a monkey bread, except instead of rolling dough into small balls and baking them all together in a bundt or tube pan, you stack small squares of rolled-out dough, one upon another, in a loaf pan, vertically, like a row of dominos standing up straight. After it is baked, you pull each piece off of the loaf with your fingers, as opposed to cutting it into slices. For this pull-apart bread, I added copious amounts of black pepper and cheese, as leeks are nice and all, but leeks accompanied by cheese and pepper are even better.

If yeast intimidates you, never fear. This recipe calls for instant yeast which I find much easier to work with than regular yeast, as you do not need to proof it and if your ingredients are a bit cooler than you’d like, your yeast will not be negatively effected.The assembly is a little funny, as you must roll out the dough, cover it in cheese and pepper and leeks, cut it into squares, and then carefully pile them up, before setting them vertically in the pan. But I lead you through it, I promise. Finally, if you are wondering how or when you should eat this leeky cheesy peppery loaf, I suggest coordinating its baking with the arrival of dinner guests and setting it out warm for all your pals to pull from while sipping pre-meal cocktails, with some salted butter on the side, if you are feeling frisky. Or, do what I did: bake off the loaf in the late afternoon and eat it straight from the oven, while leaning against the counter. spreading at least a pad of butter on every bite, and call it dinner. 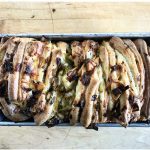