I am relatively new to the world of popovers (hollow, puffy, eggy, crispy edged “muffins,” of a sort) if you must know. In fact, I had never even made them until a few years back when I was developing recipes for my cookbook, The Vintage Baker. The book is chock full of vintage recipes that I have twisted and tweaked for the 21st century baker, and I decided to include a popover recipe in the book due to their popularity back in the day. In short, I stumbled upon so many old-fashioned recipes for popovers when rifling through my collection of vintage recipe booklets, that taking a stab at them seemed nothing short of mandatory. I was shocked and oh, so pleased, at how easy they were to make and decided on a cacio e pepe one (pecorino romano and black pepper) for The Vintage Baker.

Now, I am a bit of a popover aficionado, if I do say so myself, and I make them pretty regularly in all sorts of flavors, including cranberry cheddar, which is a new fave for the fall/winter. But here I am sharing another cheese and pepper version, this one with gruyere instead of pecorino romano. Gruyere is a sweet, salty and nutty cheese and I love it in these light-as-air popovers with a little pepper, for kick. But if gruyere is not your cup of tea, by all means substitute any kind of grated cheese that floats your boat. Moreover, I would be doing you a disservice if I did not tell you that a plain popover – with no add-ins whatsoever – simply cannot be beat. And, in fact, while in college, I frequented a restaurant not far from my dorm that specialized in popovers and I ate more than my fair share of (delicious) plain popovers over the four years that I lived there, but I digress. 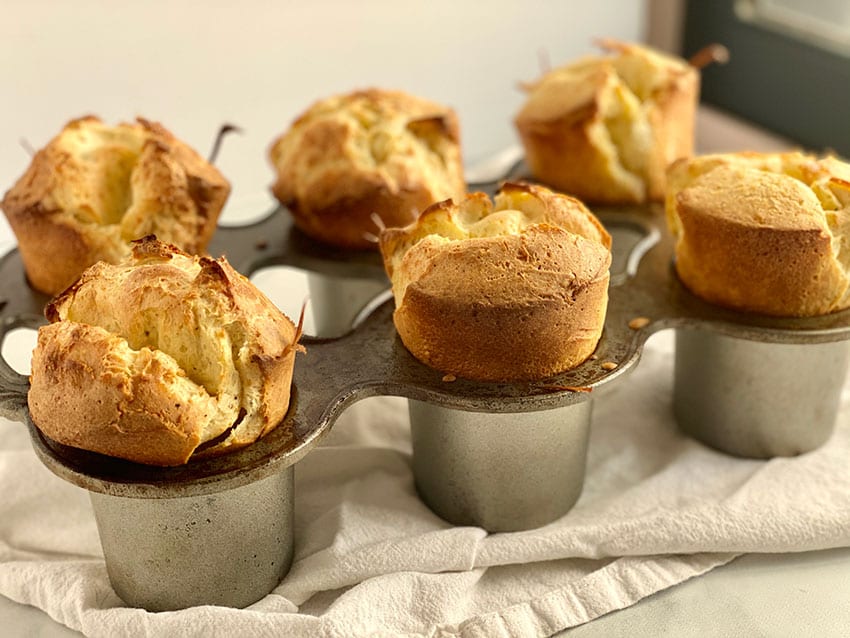 A few thoughts about popover making, which could not be easier, FYI: first, if you think you might make popovers more than once – even twice! – and you have a kitchen that can accommodate a new baking pan, might I suggest you invest in a popover pan? You can get one for less than $20, and although you can 100% make popovers in a muffin tin, you will not get the gorgeous dramatic rise of one made in the proper pan. Moreover, if you own the pan, I am thinking you might make them more regularly, and invite me over for popover night, so there is that, too.

Second, do not skip the step of pre-heating the empty pan before filling it with your batter. The hot pan contributes to the making of the tallest of popovers – but please be careful when removing it from the oven and greasing it and filling it with batter, as it is, well, hot.

Third, a blender is an excellent tool for mixing up your batter, but a food processer will work as well, as will a bowl and a whisk. I just love using the blender as I believe the batter made in the blender rises the tallest, and if it has not yet become obvious, I am very fond of tall popovers.

Fourth, do not be tempted to open the oven while the popovers bake/rise. Again, they will rise the tallest if they are uninterrupted by a whoosh of room temp air entering the oven when the door is opened for a little peek.

Fifth, remove them from the pan as soon as you remove them from the oven. Popovers are filled with steam and can get soggy the longer they sit in the metal pan – and to remove said steam – and reduce further chances of sogginess – gently poke a paring knife in the side of each one once they are removed.

And, finally, eat them immediately! Popovers are best within seconds (okay, minutes) of their departure from the oven, when they are at their fluffiest and crispiest. You do not want to miss your ideal popover moment, I’m sure. 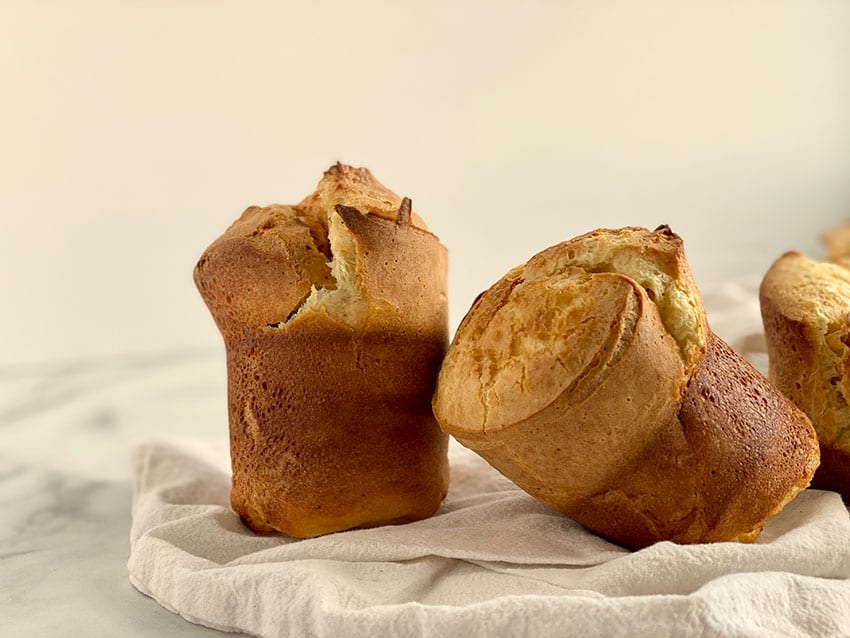 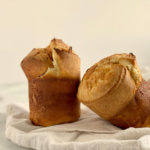 Hi. My husband and I watched Dinners, drive-in and dives late Saturday night and one of the restaurants made pepper popovers with Gruyere cheese. They did not post with recipe to the show so I searched and found this recipe. O my gosh! they are absolutely delicious and looked exactly as they did on the show. I followed your recipe, but cut up small chucks of the cheese and put the chucks in each one of the popovers on top of the batter. Glad that I found this recipe and will be making it again. It is the best!

yay margie!! so happy you enjoyed the recipe and so happy it was diners drive-ins and dives that inadvertently brought me to you!!

That is exactly what just happened to me! We must have seen a rerun. Your popovers look phenomenal and I bet are as good or better than DDD. We’re baking them tomorrow!

I just finished watching that show and googled the recipe. ❤️

yay! love that the show brings you to me!!!

Just seen on DDD these being made . Yours sounds a lot like the ones made . I will be trying yours . Thank you for sharing with us all

must be a rerun and SO SO happy! XO

Hi, I have made these several times now and had great success with the popovers popping out of the pan. Tonight, they did not rise! What did I do wrong? Maybe the pan was not not enough is all I could think of. Any other suggestions to why they maybe did not rise. They were still delicious and everyone loved them, just not impressive as usual. Thank you and hope you had a wonderful Holiday.

Oh gosh. What a bummer. So sorry about that. I hate it when things like that happen. So the hot pan, the hot oven and really whipping the batter up are the three big things that lead to rising high. Also room temp
Ingredients really help. Might any of these factors contributed to yours not rising?

I am going to try them again this week. I think it was the pan not being hot enough when I put the batter in.
Thank you.