Skip to the content
What if I told you that you could enjoy that homemade ice cream texture and flavor without a hand crank or an electric ice cream maker? Yes: it’s true – no-churn ice cream is pretty magical that way.
Jump to Recipe Print Recipe

Homemade ice cream, churned with a hand crank on the back porch, or even mixed up in your electric ice cream maker on the countertop, is certainly one of life’s great pleasures. I am not sure if I have a fonder childhood food memory than that of enjoying a bowl of melty peach ice cream – that we churned ourselves – with some friends, the summer after 5th grade. But what if I told you that you could enjoy that homemade ice cream texture and flavor without a hand crank or an electric ice cream maker? Yes: it’s true – no-churn ice cream is pretty magical that way.

Essentially, rather than make a custard on the stovetop (which is the foundation of most ice cream) no-churn ice cream calls for cream cheese, sweetened condensed milk and heavy cream and those three ingredients wondrously do all the work of the custard – and then some. They give the ice cream its creaminess, its stability and its wonderful mouthfeel. And they prevent the ice cream from getting icy, too. 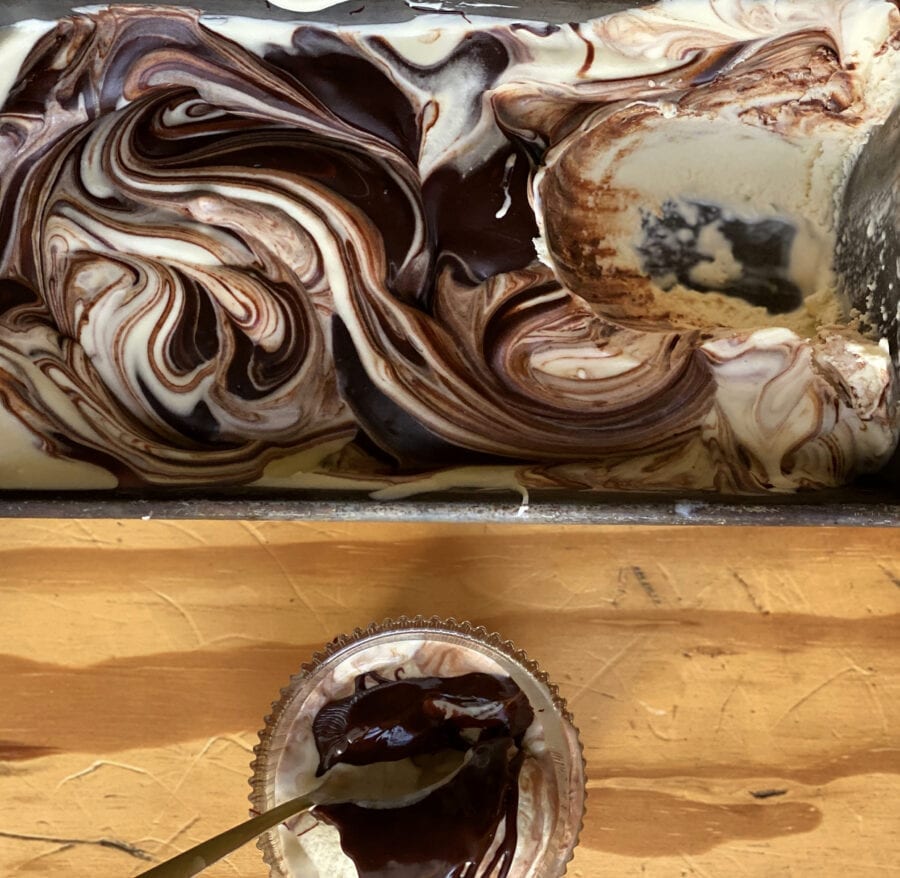 And did I mention the assembly could not be easier? Cream cheese is whirled about in your food processor. Heavy cream is added and whipped to stiff peaks and then sweetened condensed milk is mixed in at the end. After the mixture is transferred to the pan (I like to use a loaf pan), hot fudge sauce (homemade or store bought) is swirled throughout. After about six hours in the freezer, the ice cream is ready to be scooped and enjoyed in bowls or cones on the back porch.

Now, if vanilla fudge swirl is not your thing, try swirling in half a cup of your favorite jam or macerated berries or caramel sauce. You can fold nuts into your homemade ice cream, as well as chocolate chunks. You can think of the first five ingredients of the ice cream as your “master” recipe and after that, it’s all up to you as to what gets added in. Finally (and thankfully) no-churn ice cream is the classic pantry friendly treat, as the ingredients are either already in your pantry (refrigerator) or easily found in the grocery store. But be warned: no-churn ice cream is so easy to make you may find yourself doing so over and over (and over) again. 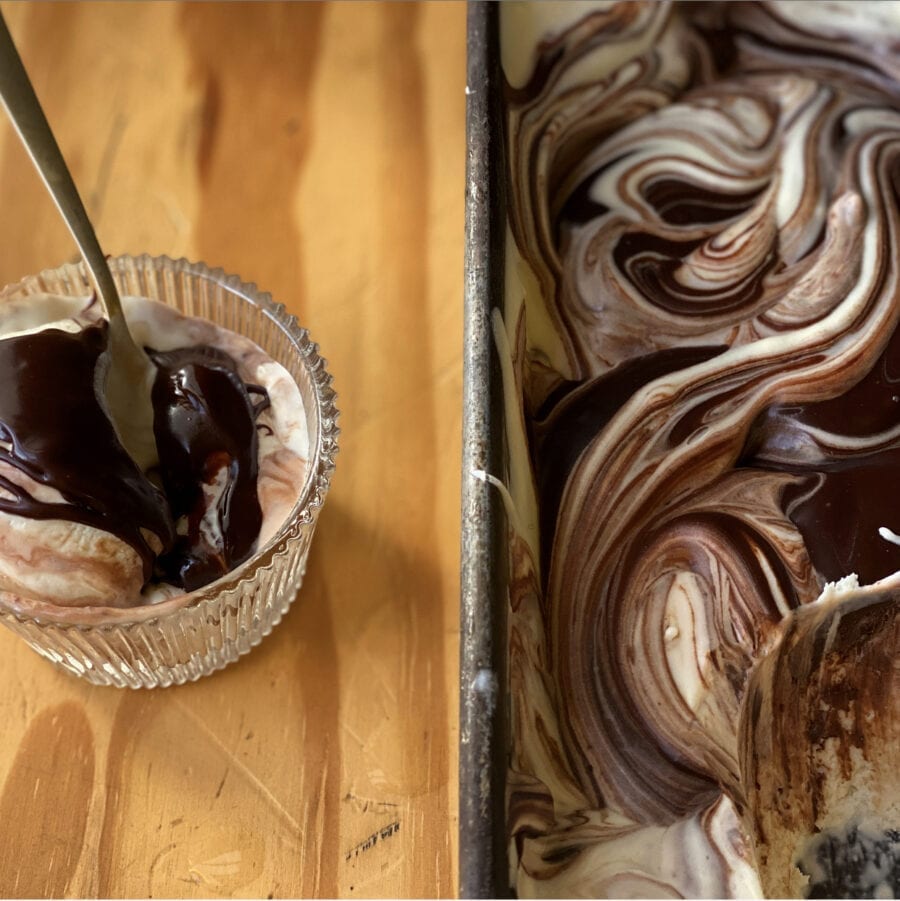 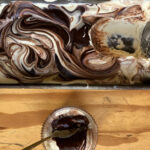 What if I told you that you could enjoy that homemade ice cream texture and flavor without a hand crank or an electric ice cream maker? Yes: it’s true – no-churn ice cream is pretty magical that way.
Recipe Author Jessie Sheehan
Course Ice Cream

Thanks for subscribing! Please check your inbox to confirm your subscription.
Ice Cream Chocolate Vanilla

This sounds fabulous except for the calories, but what IC doesn’t have them? Always worth the calories for me. In WI it’s always frozen custard for me .
Question: If you use store bought hot fudge, do you heat it up 1st so it’s thinner? I am assuming so.
Are you going to add the link on your Facebook page so I can share it? Thanks.

I added the link to FB! Also I don’t thin the sauce unless it is not pourable. Then I might.